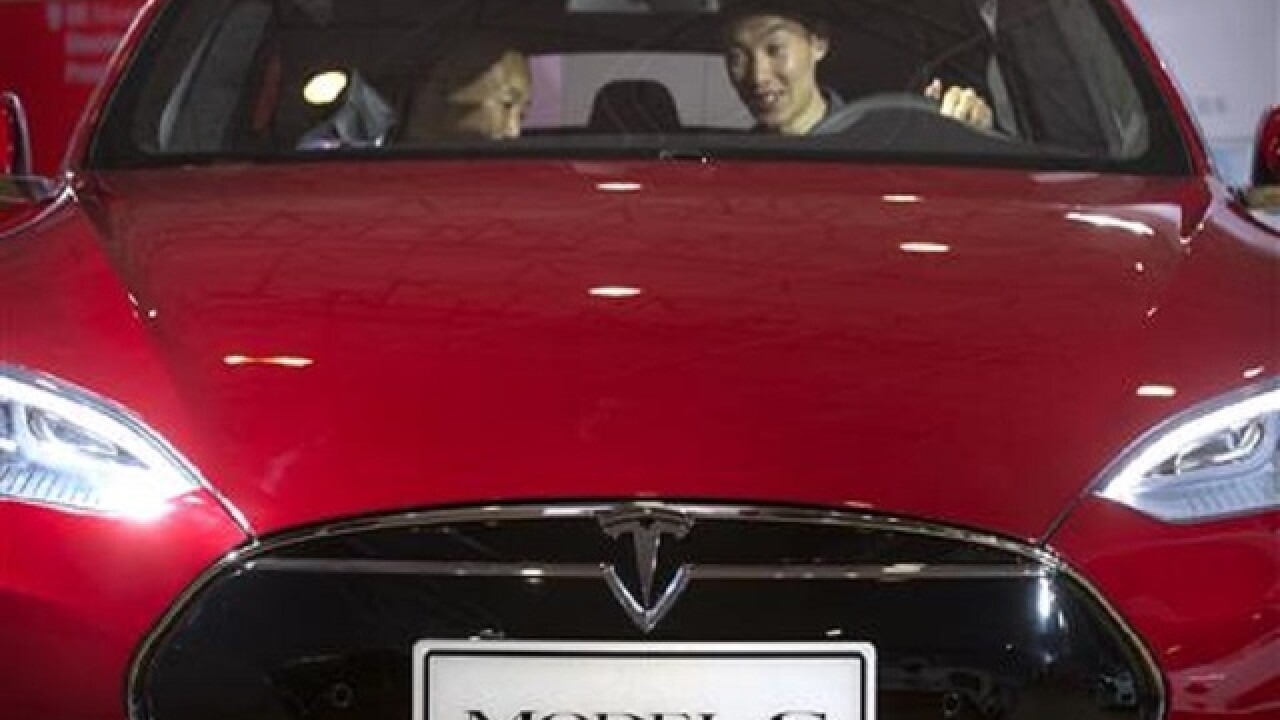 THE HAGUE, Netherlands (AP) — Tesla Motors says the Model S sedan involved in a fatal crash in the Netherlands wasn't operating in the company's semi-autonomous Autopilot mode and was going more than 96 miles per hour when it crashed.
The 53-year-old driver of the electric sedan died Wednesday when his car smashed into a tree in the central Dutch town of Baarn and burst into flames, police and firefighters said. Police are investigating the cause of the early morning accident in the town 40 kilometers (25 miles) southeast of Amsterdam.
Tesla said the car's logs show Autopilot wasn't engaged at any time during the man's trip, and that he was driving at more than 155 kilometers per hour, or 96 mph. The speed is consistent with the damage the car sustained from hitting the tree, the company said. Tesla sent representatives to the scene of the accident.
"We are working with the authorities to establish the facts of the incident and offer our full cooperation," the Palo Alto, California-based company said in a statement.
Ronald Boer, a spokesman for emergency services, said in a telephone interview that firefighters did not immediately recover the man's body because of fears that emergency service workers could be electrocuted.
"The car was so badly damaged that the firefighters could not operate its security systems," he said.
Tesla's Autopilot system has been in the spotlight since a Model S driver died in Florida in May. In that case, the car was operating in Autopilot, which uses cameras, radar and computers to spot objects and stop it if it senses an impending collision. The system can also maintain a set speed and change lanes by itself.
Tesla says Autopilot is a driver-assist system and the human driver must be ready to take control at any time, but it allows drivers to take their hands off the wheel for minutes at a time.
Tesla could tell whether Autopilot was engaged in both fatal crashes because it collects that data from customers. Tesla uses the data to make improvements to Autopilot and other functions that are beamed to customers through over-the-air software updates.
Copyright 2016 The Associated Press. All rights reserved. This material may not be published, broadcast, rewritten or redistributed.