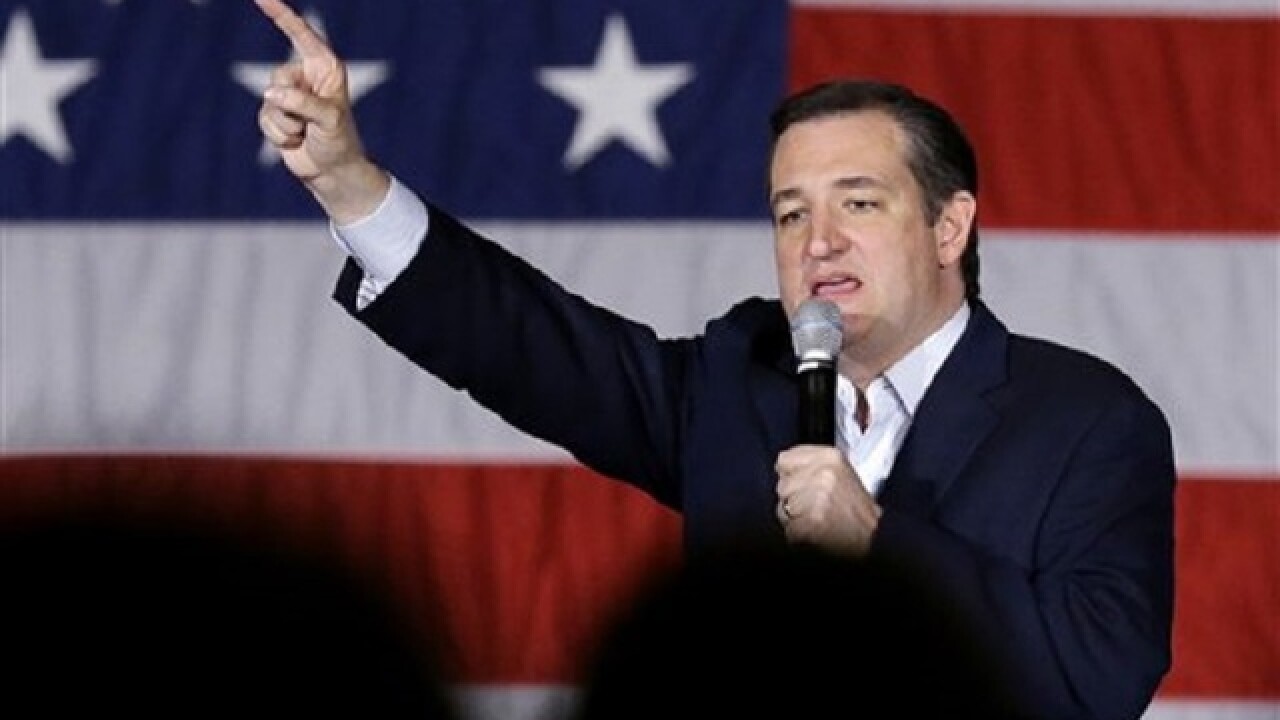 By: Mina Abgoon
Posted at 11:35 PM, Apr 13, 2016
Republican presidential candidate Ted Cruz’s town hall on Wednesday night took on a somewhat different tone from that of Donald Trump, who brought his family along for the ride the night before.
While Trump’s event at times felt more lighthearted, Cruz’s got right down to business as he repeatedly blasted Trump and his supporters in front of CNN's Anderson Cooper.
Cruz accused Trump’s supporters of "acting like union boss thugs" and intimidating potential Republican National Convention delegates.
"Donald and his team, it's almost like they're subjects in a course in clinical psychology. The conduct they do, literally, they accuse others of doing," Cruz told moderator Anderson Cooper during the New York event ahead of the state’s crucial Tuesday primary.
Noting that Trump would have a hard time getting the Republican backing in the case of a brokered convention in Cleveland, Cruz predicted he would earn the majority of delegates and win the nomination.
A night prior to Cruz’s comments, Trump said the party’s rules are stacked against him to prevent him from winning the nomination. Cruz, however, noted that "Anyone who knows anything about Washington knows the establishment is not rooting for me.”
He added, "The rules are simple, the way you get elected is you win a majority of the delegates in the elections. I think the way you win is you make the case to the voters and you win their votes."
Cruz was eventually joined on stage by his wife, Heidi, one of the subjects of an immature feud between the two candidates – which resulted in Trump retweeting an unflattering image of Heidi alongside a more flattering one of his own wife, Melania.

"On my end there's no truce to be had because we shouldn't be engaging those attacks, we should be talking about substance," Cruz said.
The subject at one point turned to Cruz’s choice as vice president if he were to win the presidency.
When asked if he would consider former presidential rival Marco Rubio for the role, Cruz responded, "He is someone that you would be a fool not to look at, he is very, very talented," adding "I think very highly of Marco, he is an amazing communicator."
Cruz’s odds aren’t looking good in New York, where he has just 15% support according to a recent Fox News Poll, far behind Trump who has 54% and even behind Ohio Gov. John Kasich, who has 22% support.
Scripps Only Content 2016