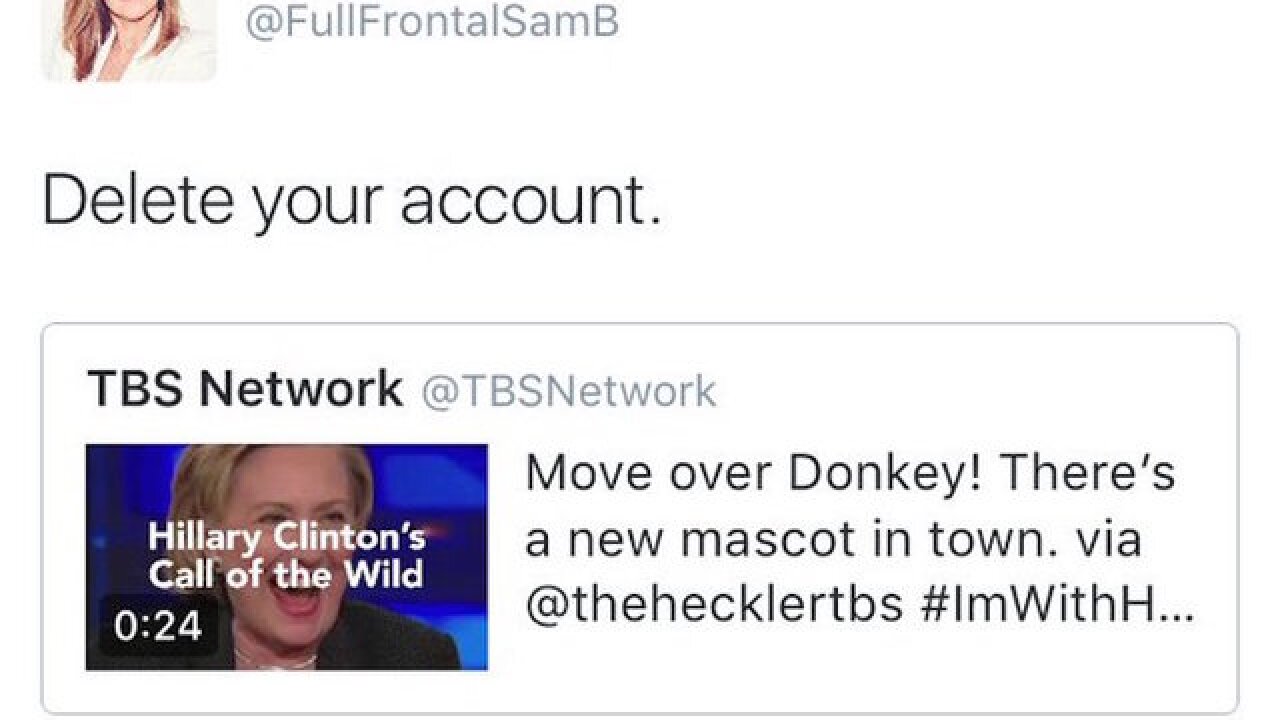 Twitter/Samantha Bee
<p>A tweet from TBS included a video that compared Hillary Clinton's laugh to the cackle of a hyena. TBS host Samantha Bee retweeted the video with the message "Delete your account," as a criticism of the network's tweet.</p>

TBS got called out by one of its own hosts for a failed attempt at political comedy.

On Monday, the cable TV network tweeted an original video that compared Hillary Clinton's laugh to the cackle of a wild hyena. "Move over donkey! There's a new mascot in town," the tweet from @TBSnetwork read.

Shortly after it was posted, the video drew negative criticism, including a damning response from TBS host Samantha Bee.

TBS deleted the tweet shortly thereafter and issued an apology for the video.

"This post was obviously a poor attempt at humor and has been taken down,” the network said, according to Variety. “Moving forward we’ll leave political satire to professionals like Samantha Bee.”