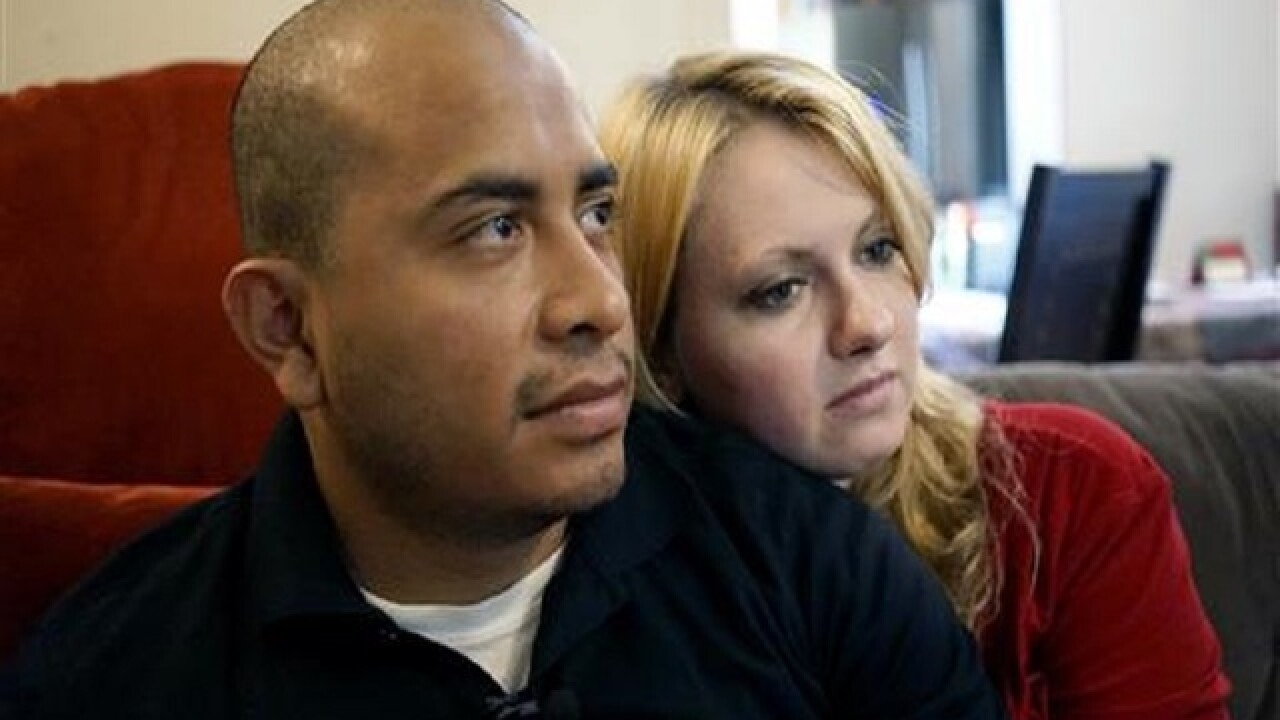 DALLAS (AP) — Officer Jorge Barrientos never saw the gunman.
The assailant announced himself with a loud, single burst of fire from a rifle, just as Barrientos and his colleagues from the Fox Trot Unit of the Dallas Police Department were finishing directing traffic away from protesters at a march downtown.
The shot hit Officer Michael Krol, who stood just a few feet away from Barrientos. Krol screamed and fell to the ground.
Then the bullets began to fly.
They whizzed to the left and right, over his head and seemingly from every direction. Barrientos, 28, dropped to the ground, trying to make his way toward Krol and get cover. Not far away, two other officers from his unit lay shot and bleeding.
What followed were long, desperate moments to try and save his fellow officers. Ultimately, three men from his unit were among the five officers killed in Thursday's attack, which also left seven officers and two civilians wounded.
"These were my brothers," Barrientos said Sunday as he recovered at home from a bullet wound to his left hand, which was wrapped in a bundle of gauze. "I'm frustrated because I couldn't do more."
Barrientos, a four-year member of the Dallas Police Department, had been working with his colleagues in the Fox Trot Unit for the last six months. They responded to all sorts of 911 calls, growing close during long, tiring days in a busy city department.
The march against police brutality had been entirely routine. The Fox Trot Unit was doing what Barrientos said they always do: taking care of the community. Officer Patrick Zamarripa, 32, took a homeless man to a nearby 7-Eleven to buy him food, Barrientos said. By around 9 p.m. the crowd was beginning to disperse. The men were expected to be discharged from their posts at an intersection any minute and go home to their families.
That was not to be.
"Get down! Get down!" an officer cried as the first shots rang out.
Barrientos crawled for cover, though he didn't know exactly where to hide.
"He knew what he was doing," Barrientos said of the gunman, later identified as Micah Johnson, a black Army veteran who told police he wanted to kill white officers. Johnson was killed with a bomb delivered by remote-controlled robot after a standoff.
"He knew where he was firing from. He ambushed us in a manner that he didn't want us to see where he was," Barrientos said.
When the shooting appeared to begin dying down, Barrientos and his colleagues began loading the fallen officers into patrol cars to rush them to the hospital. In the process, Barrientos was shot in the hand and struck by shrapnel in his chest.
He wrapped his hand in a bandanna and kept working.
"You don't have time to concentrate on being scared," he said. "I have a job to do. They're part of my job at that point. To save them."
One of the officers Barrientos tried to save had a bullet wound to his chest. In a desperate bid to try and prevent the officer's lung from collapsing, Barrientos grabbed the plastic from a box of cigarettes he keeps in his pocket and tried to use it to create a seal and stop the bleeding.
The officer was taken to the hospital, where he died, Barrientos said.
In all, the three men from his unit died — Krol, Zamarripa and Lorne Ahrens, a father of two married to a fellow officer.
Three days after the attack, Barrientos said he is not angry at the gunman, but angry at the situation. With Dallas now an epicenter for the nation's tensions over race, Barrientos said he wants people to know all the good that existed in the officers who died.
"God saved me that day," he said. "He had a plan for me to survive. Maybe it's to help spread what we do, how much love we actually have for people."
"But," he said, sighing deeply, "it's hard."
Copyright 2016 The Associated Press. All rights reserved. This material may not be published, broadcast, rewritten or redistributed.