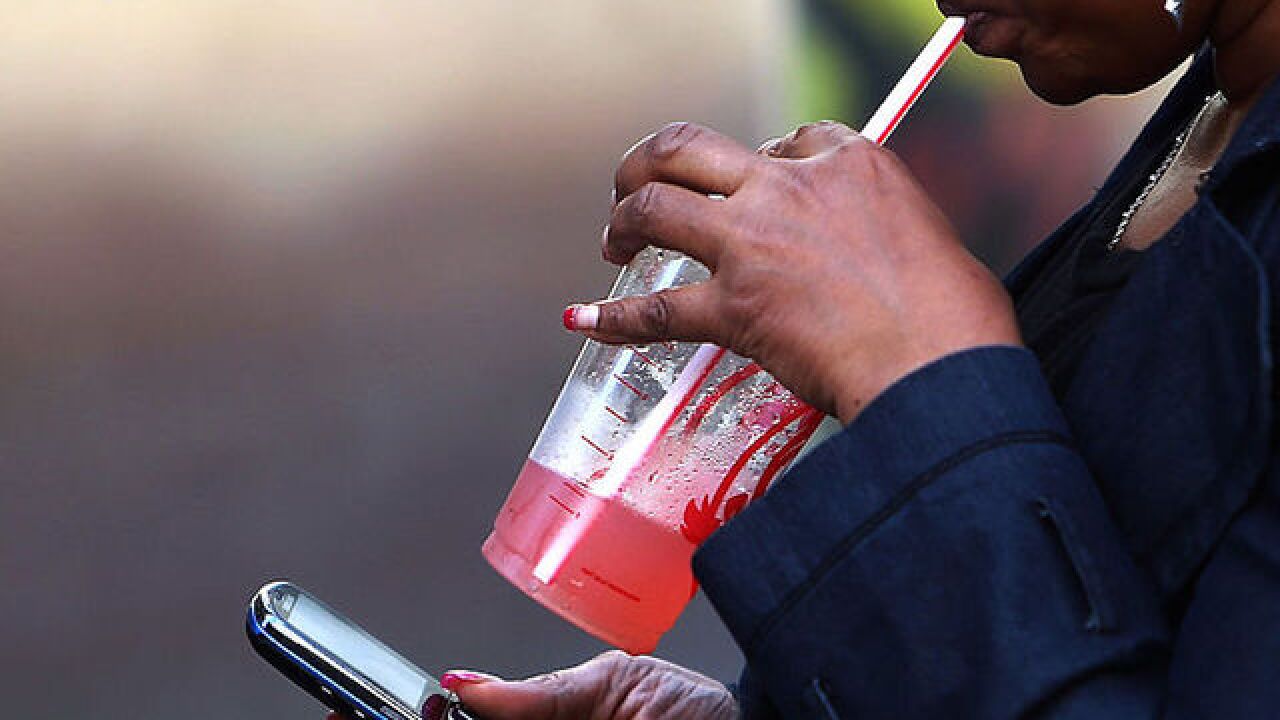 Image copyright 2013 Getty Images. All rights reserved. This material may not be published, broadcast, rewritten, or redistributed.
Spencer Platt
<p>A woman carries a large drink on October 17, 2013 in the Brooklyn borough of New York City.</p>

New research may prompt potential mothers to put down the soda and coffee.

A study of couples who were trying to conceive found that if either partner consumed more than two caffeinated beverages per day in the weeks leading to conception, the pregnancy was more likely to end in a miscarriage. The study was conducted by researchers from the National Institutes of Health and Ohio State University.

A total of 344 pregnancies — from 501 couples in Texas and Michigan — were tracked between 2005 and 2009, with 98 resulting in a miscarriage. Caffeine use wasn't the only thing tracked during the study, researchers also monitored the couples' use of multivitamins, alcohol and cigarettes.

According to NBC News, the study found that women who drank more than two caffeinated beverages a day had a 74 percent higher risk of miscarriage.

The research wasn't all bad, however. The study showed that prenatal multivitamins had a positive link with pregnancies.

Women who took a daily vitamin in the weeks leading to conception had a 55 percent lower risk for a miscarriage — and the risk lowered even more for women who continued taking vitamins into their pregnancy.