State Dept. has no emails from Clinton aide 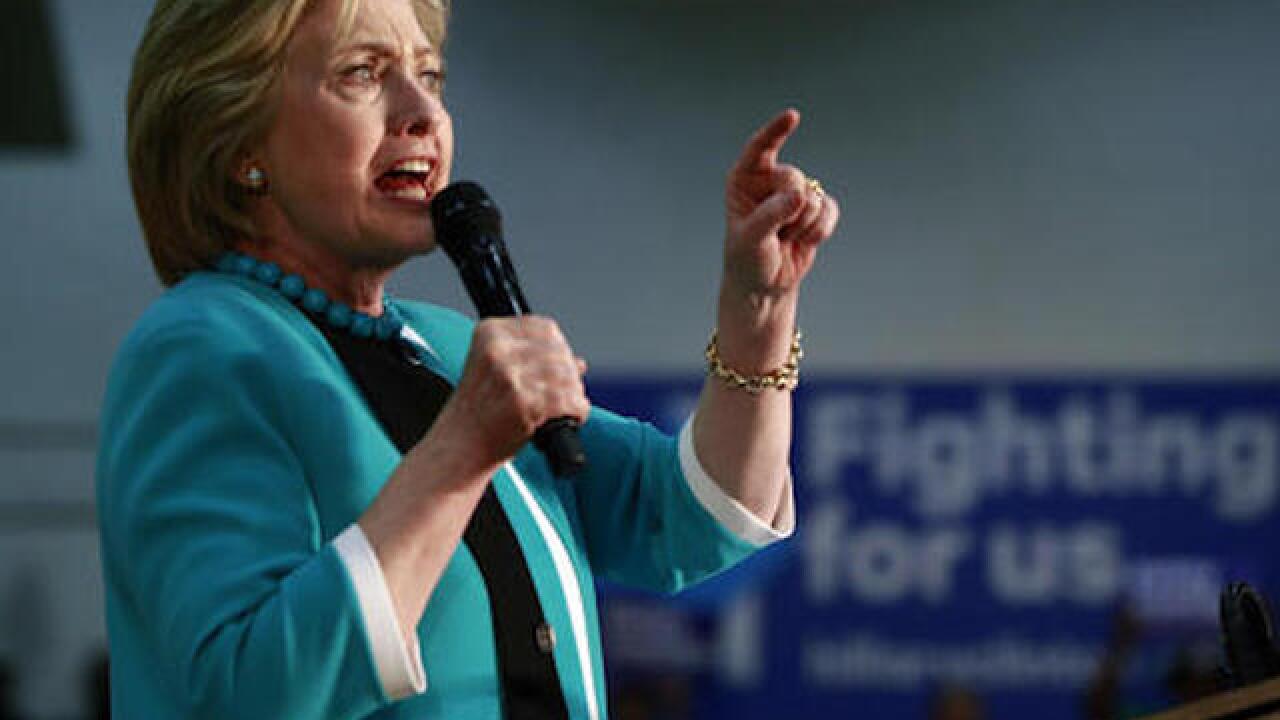 Damian Dovarganes
<p>In this photo taken May 5, 2016, Democratic presidential candidate Hillary Clinton speaks in Los Angeles. The State Department says in a new court filing that it can find no emails to or from a former Hillary Clinton aide who worked for the agency and also managed Clinton's private computer server during her stint as secretary of state. (AP Photo/Damian Dovarganes)</p>

WASHINGTON (AP) — The State Department can find no emails to or from a former Hillary Clinton aide who worked for the agency and also managed Clinton's private computer server while she served as secretary of state, the government said in a new court filing on Monday.

The government said as much in U.S. District Court in Washington in answer to a lawsuit by the Republican National Committee. The committee had sued over its public records request for all work-related emails sent to or received by Clinton's former aide, Bryan Pagliano, between 2009 and 2013, the years of Clinton's tenure. The lawsuit also pressed for other State Department records from the Clinton era.

The RNC's filing said lawyers for the agency had informed them in discussions that, "the State Department has represented that no responsive records exist" for any Pagliano emails. Pagliano was hired at the agency after reportedly setting up Clinton's server in 2009, but the lack of any official State Department emails raises the question whether he limited his email traffic using a private account, much like Clinton did during her four years as secretary, or whether his government emails were deleted.

A State Department official said it possesses emails from Pagliano during the period after Clinton's term had ended, when he continued to work as a technology contractor. Agency spokeswoman Elizabeth Trudeau said the department searched for Pagliano's email file but "has not located one that covers the time period of Secretary Clinton's tenure." She added that the agency is working with Congress and several public records requesters to provide relevant material.

Trudeau also said "the department disagrees with a number of assertions made in today's filing" and added that agency officials continue to search for "Mr. Pagliano's emails, which the department may have otherwise retained."

Raj Shah, spokesman for the RNC, said: "It's hard to believe that an IT staffer who set up Hillary Clinton's reckless email server never sent or received a single work-related email in the four years he worked at the State Department." Clinton's campaign officials did not immediately respond to a request for comment by The Associated Press.

Pagliano has been offered immunity by the Justice Department in its continuing investigation into Clinton's server and emails and whether the setup violated national security laws. Pagliano's lawyer, Mark MacDougall, declined to comment.

Only one email sent by Pagliano surfaced among 30,000 emails reviewed and released by the State Department since last summer. That email, sent to Clinton by Pagliano in November 2012, wished her "Happy Birthday Madam Secretary. To many more!"

Pagliano's email address was censored, unlike most State Department emails — suggesting that he sent the message from a private address.

Clinton did not reply directly to Pagliano, instead sending a copy of an email to an aide with the instruction: "Pls respond."