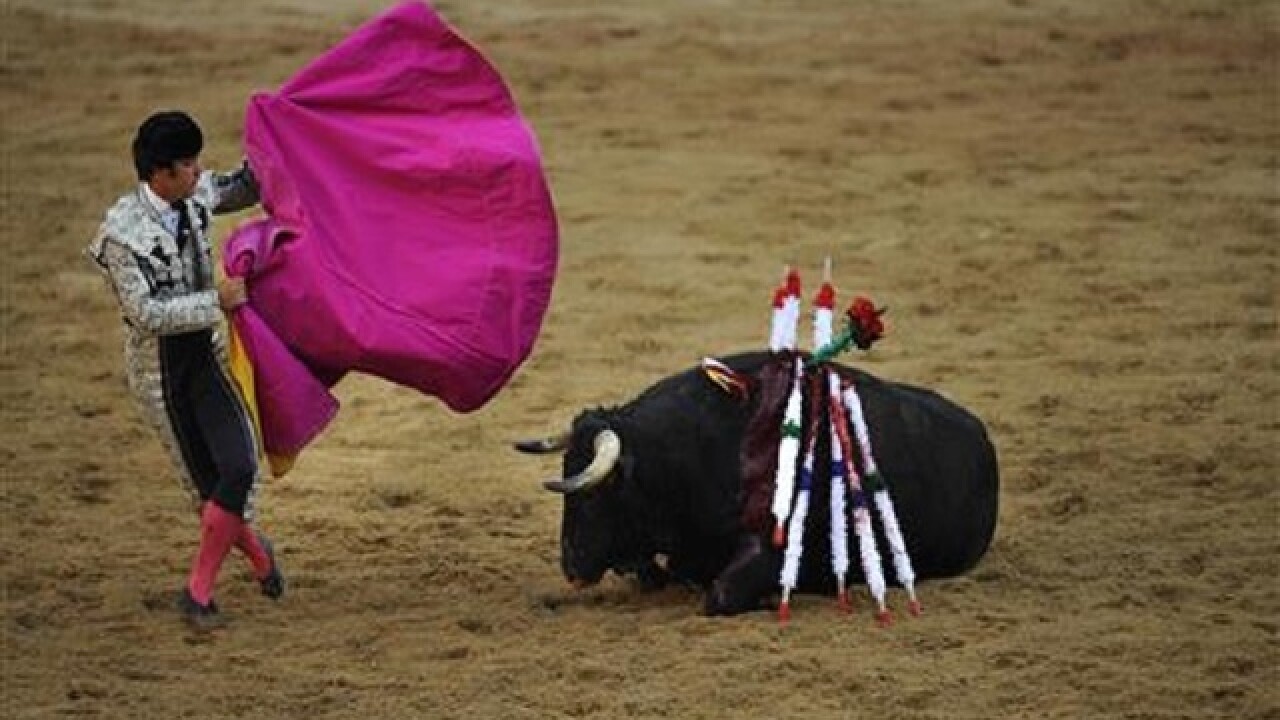 PAMPLONA, Spain (AP) — Four people were injured but no one was gored as more than a thousand thrill-seekers tested their agility and courage by racing alongside fighting bulls through the streets of this northern Spanish city in the first bull run of the San Fermin festival.
Navarra Hospital Dr. Manuel Montesino said three people sustained head injuries while another suffered an arm injury in the 8 a.m. run.
There were no immediate details on their identities.
In the nationally televised morning runs, participants dash along with six bulls and accompanying steer down a narrow 930-yard (850-meter) course from a holding pen to Pamplona's bull ring. The bulls then face matadors and almost certain death in afternoon bullfights.
Thursday's run lasted 2 minutes, 28 seconds.
The nine-day fiesta became world famous with Ernest Hemingway's 1926 novel "The Sun Also Rises" and is now one of Spain's most important tourist events.
Many people suffered falls and were trampled on by the beasts or other runners. In one incident, four bulls crashed into a bunch of participants close to the end of the race, and several people narrowly missed being gored.
Bull runs, or "encierros" as they are called in Spanish, are a traditional part of summer festivals across Spain. Dozens of people are injured each year in the runs, mostly in falls.
Ten people, including four Americans, were gored in last year's festival.
In all, 15 people have died from gorings in the San Fermin festival since record-keeping began in 1924.
The festival started Wednesday with the traditional midday launching of a firework rocket — known as the "Chupinazo"— from Pamplona's town hall balcony.
Copyright 2016 The Associated Press. All rights reserved. This material may not be published, broadcast, rewritten or redistributed.