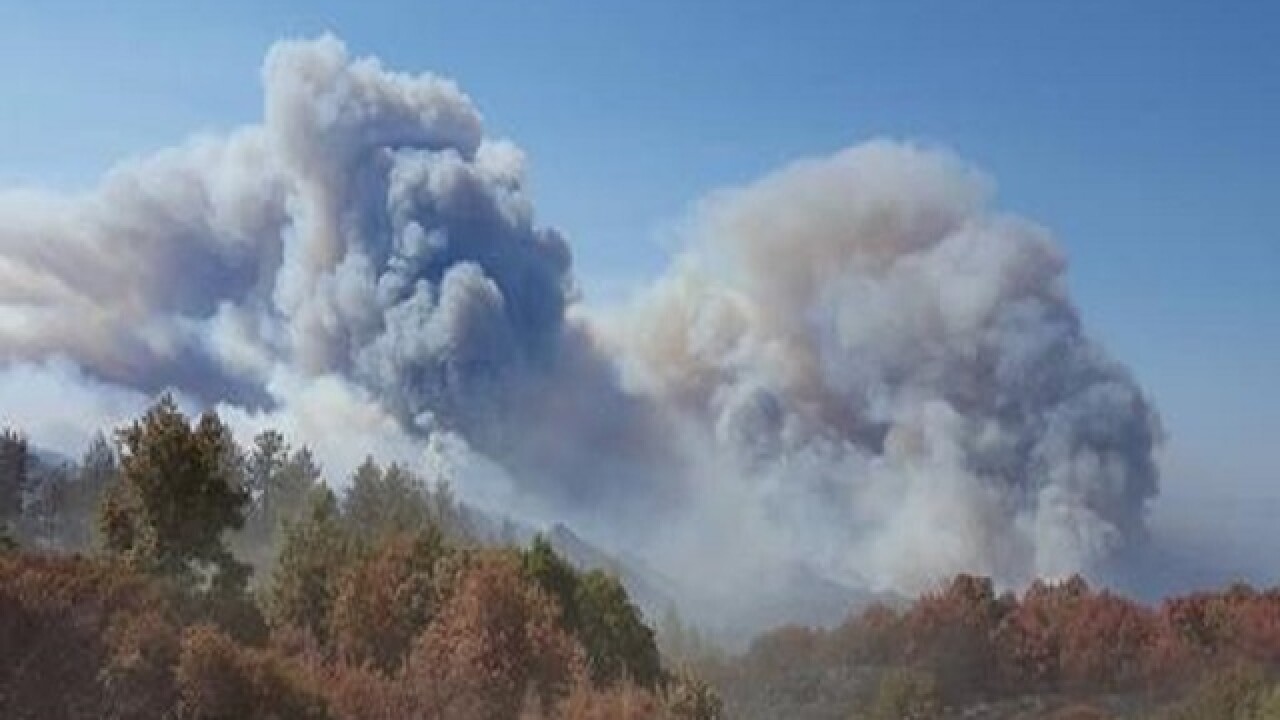 SAN BERNARDINO, Calif. (AP) — Authorities have lifted all evacuation orders affecting thousands of people, less than a week after a wildfire raged through mountainous terrain in Southern California and consumed hundreds of homes and other buildings.
About 82,000 people were ordered to leave their properties when the fire broke out Tuesday, 60 miles east of Los Angeles. As firefighters advanced on the blaze, evacuation orders were gradually lifted.
Most of those residents are returning to find their homes intact, though not all. A preliminary damage assessment found 105 homes and 216 outbuildings destroyed across the rural, mountainous area where large swaths of land have been blackened.
Johanna Santore, 63, her husband and their 10-year-old granddaughter were among the last permitted to return home, though they already knew they didn't have much to get back to.
The family's home and nearly all their belongings were destroyed in the blaze.
Santore said the family was "holding up," but that Saturday evening when everyone was asleep she'd gone outside and cried thinking of the family's lost pets and mementoes. The Santores were out running an errand when the fire broke out and were unable to return to save anything.
Four dogs, six cats and a hamster left behind are missing.
"I'm hoping someone is stuck around hiding someplace," Santore said. "And if I start calling, they might recognize our voices."
In the meantime she has begun looking into how to replace birth certificates, their housing deed and other important documents they are unlikely to recover.
A prolonged drought has transformed swaths of California into tinderboxes, ready to ignite. A half-dozen other wildfires were burning in the state, including one in central California that destroyed 34 homes and forced the closure of the famed Hearst Castle.
That fire has burned 43 square miles since it began August 13. It remained 35 percent contained. Fire spokeswoman Jaime Garrett said the fire was growing in the opposite direction of the Hearst Castle, a popular tourist attraction that houses a large art collection that belonged to media magnate William Randolph Hearst.
In rural Santa Barbara County, a 33-square-mile wildfire that forced the evacuation of two campgrounds was 20 percent contained.
In the southern Sierra Nevada, another blaze feeding on dense timber in Sequoia National Forest forced the evacuation of several tiny hamlets.
In Northern California, fire crews were gaining control Sunday on an arson fire that destroyed 189 homes. Officials said the 6-square-mile fire in Lower Lake was 95 percent contained.
A nearly monthlong blaze burning near California's scene Big Sur is not expected to be fully contained until the end of September. The fire has destroyed 57 homes and charred 133 square miles, Cal Fire said. It is 60 percent contained.
Copyright 2016 The Associated Press. All rights reserved. This material may not be published, broadcast, rewritten or redistributed.