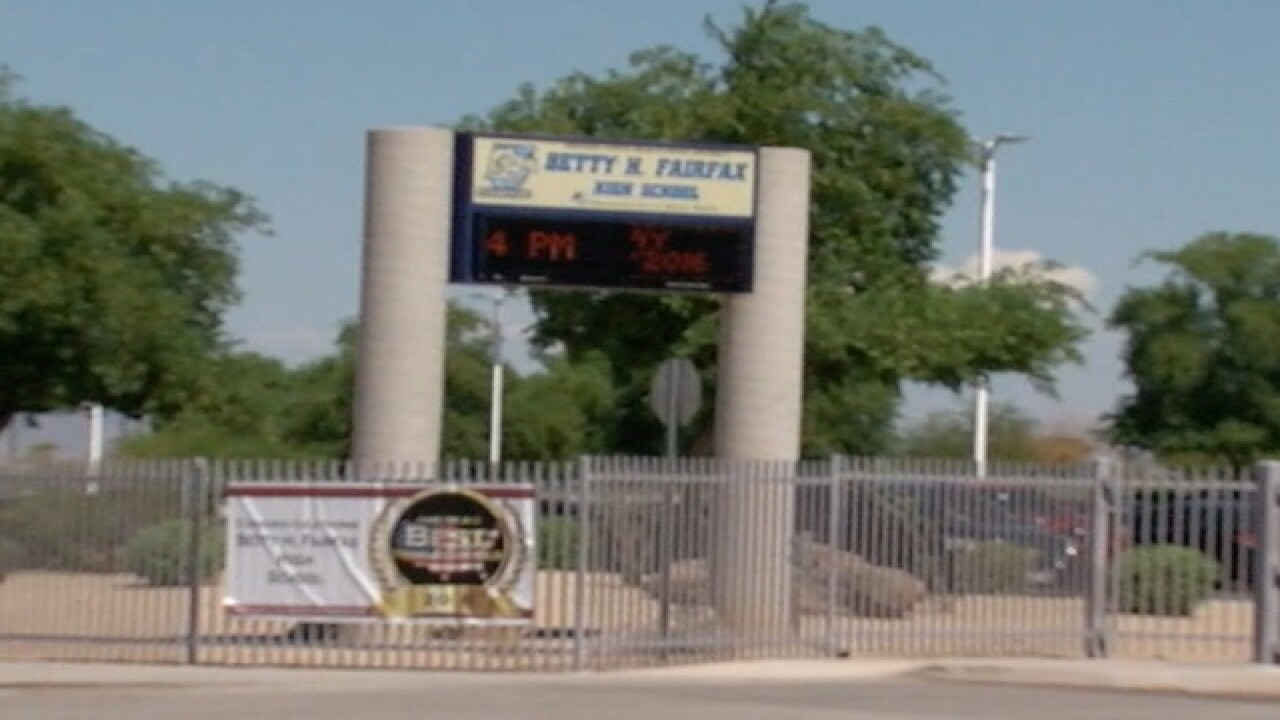 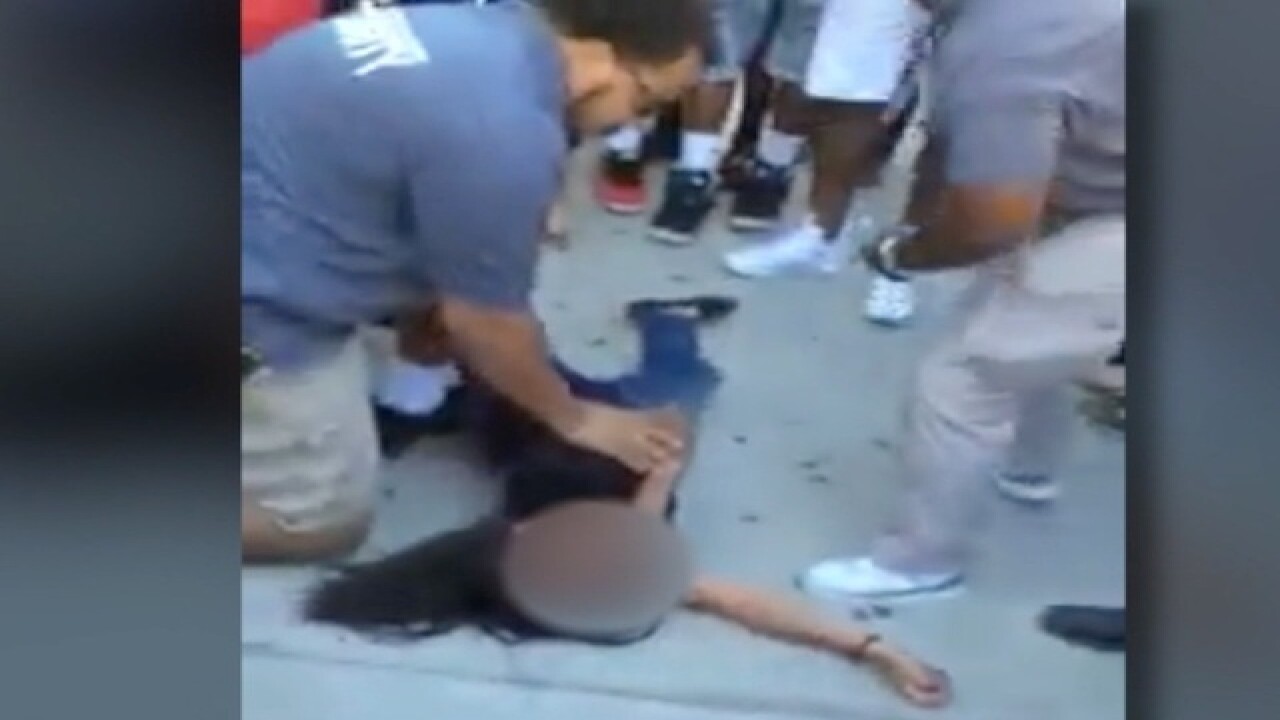 A Phoenix father is making sure everyone knows about his daughter’s case of bullying.

Markus Hines says his daughter, a freshman at Phoenix-based Betty Fairfax High School, was cyber-bullied with memes all through the beginning of the school year. She attempted to confront the bullies at school Tuesday, which led to a fight and ended with Hines’ daughter gasping for air on the ground. You can see it in a short cell phone video shot by classmates.

Since then, Hines has been walking on a road next to the school with a sign no one can miss. It reads “My daughter was bullied at Fairfax.” It’s been on display the entire week. Hines says he won’t stop until more is done about the problem.

“I felt like this was the best thing that I could do to do to spark some conversation. I wanted parents with the kids driving up to see me and maybe there's another kid that's getting a ride with their parents that's getting bullied,” said Hines.

Hines says the other students and his daughter were suspended. We tried to ask the staff at Fairfax about the allegations but we were referred to the district. A spokesperson released a statement that reads:

“While we are not allowed to comment on specific student behavior or discipline cases, Phoenix Union and all Arizona schools take allegations of bullying very seriously.  According to state statute and policy, students, parents and staff at the start of each school year are instructed to report any bullying to school officials. Any staff member who becomes aware of or suspects that a student is experiencing bullying must immediately notify administration. Each allegation is investigated, and discipline and/or interventions and counseling are administered. A school can only act upon bullying when it becomes aware, or is notified of such activity. “

Hines’ daughter was back in school Friday but he says she had to leave early after some students gave her a hard time about the incident.