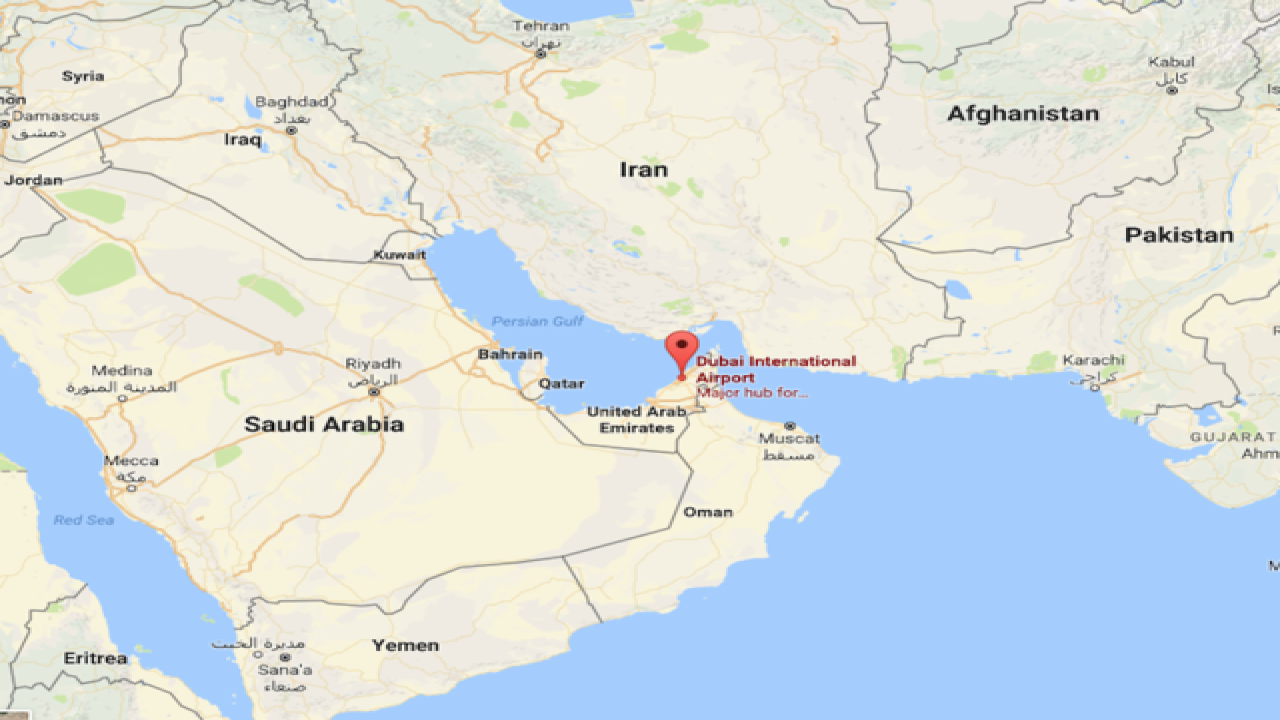 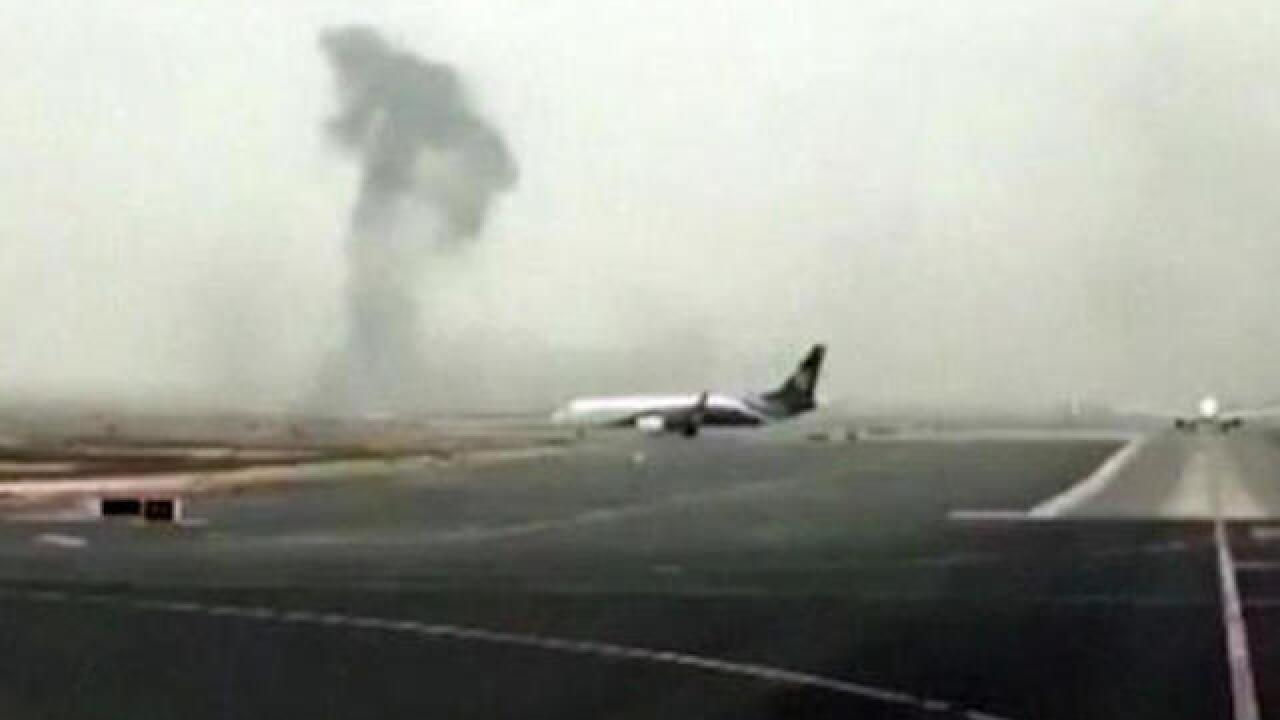 DUBAI, United Arab Emirates (AP) — An Emirates flight from India with 300 people on board crash landed at Dubai's main airport Wednesday, sending black smoke billowing into the air and halting all flights at the Middle East's busiest airport. A firefighter died while responding to the blaze, but none of the passengers or crew on board were killed.

The accident was the most serious ever for Emirates, which has grown at a breakneck pace over the last three decades and turned its hometown of Dubai into a major long-haul international air hub. It was the second major air disaster for a Dubai government-backed airline in less than five months.

Speaking to reporters in Dubai, Emirates Group CEO and chairman Ahmed bin Saeed Al Maktoum said 10 people were hospitalized after the incident, but stressed that all passengers were safely evacuated before the plane was engulfed in a fireball. He said one firefighter died trying to put out the fire.

Emirates said the accident happened around 12:45 p.m. local time as Flight EK521 was arriving from the southern Indian city of Thiruvananthapuram. It confirmed that "all passengers and crew are accounted for and safe," but gave no details of what went wrong.

"We do not have ... all the information. Thankfully there (were) no fatalities among our passengers and crew," Sheikh Ahmed bin Saeed Al-Maktoum, the airline's chairman and CEO, said in a video statement . "Our thoughts are with everyone involved."

The Boeing 777-300 was carrying 282 passengers and 18 crew members from 20 different countries, according to the airline. Those onboard included 226 Indians, 24 Britons, 11 Emiratis, and six each from the United States and Saudi Arabia.

Airline officials refused to answer questions from journalists, including what might have caused the accident.

A problem with the plane's landing gear appeared to have at least been a contributing factor. Video shot by a passenger on another flight showed the plane tilted to its right side and careening on its belly as thick smoke poured out. The right wing appeared to have been torn off the fuselage during the crash.

Emirates predicted there would be an eight-hour delay in operations across its network, disrupting travel plans for thousands of passengers during the busy summer vacation season. The Dubai Media Office said flights resumed at the airport a little before 7 p.m.

"Our main priority at this time is the safety and wellbeing of all involved and full co-operation is being extended to the authorities and emergency services managing the situation," Emirates said.

Passengers escaped the burning plane using inflatable slides. At one point after coming to a stop, part of the plane exploded into a bright orange fireball.

By the time firefighters managed to extinguish the blaze, the roof of the plane had been consumed and scorched from the cockpit all the way to the tail.

Director General of Residency and Foreigner Affairs at Dubai airport, Mohammed al-Marri, told The Associated Press some of the passengers had their passports with them, but that others lost their passports during the quick exit from the aircraft.

Based on the passenger manifest, al-Marri said officials were able to facilitate the entry of the flight's passengers into the United Arab Emirates.

Dubai resident Girisankal Gangadhakan said his wife called him after the plane landed to tell him that she and their three children onboard had been involved in an accident but were safe.

"I was shocked when I heard about that," he said.

The Boeing 777 departed Thiruvananthapuram at 10:19 a.m. and was scheduled to land at 12:50 p.m. local time, according to Emirates.

Thiruvananthapuram is the capital of the southwestern Indian state of Kerala. Many blue-collar migrant workers employed in the United Arab Emirates and other Gulf nations come from Kerala, which is a popular beachside tourist destination.

T.P. Seetharam, India's ambassador to the UAE, said Indian diplomats had been dispatched to the airport and had met directly with many passengers.

"Many of them are in shock after such an event, and there may be minor bruises," he said in a telephone interview from Abu Dhabi.

Fast-growing Emirates is the region's biggest carrier. The government-backed airline has a good safety record, with no other major accidents recorded since its founding in 1985.

The 777 model is one of the workhorses of Emirates' fleet. It operates more than 120 of the twin-engine planes, more than any other airline.

The Emirates accident follows the crash of a FlyDubai 737-800 jetliner in Rostov-on-Don, Russia, in March that killed all 62 onboard. The two airlines operate independently of one another, though they share the same chairman and are both ultimately owned by the government of Dubai.