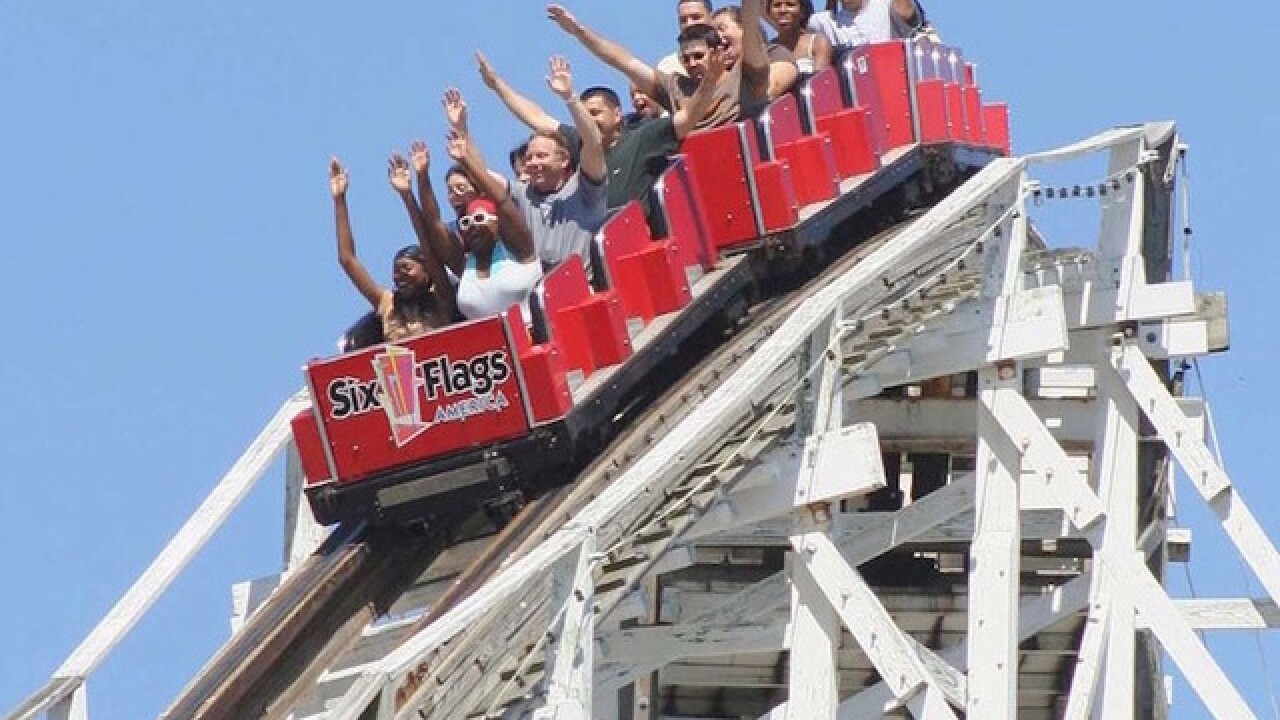 Creative Commons
<p>The Wild One roller coaster at Six Flags America in Maryland. The theme park was closed Wednesday after a bomb threat and the discovery of two suspicious packages (dbking/Flickr)</p>

Six Flags America in Woodmore, Maryland has been cleared after a bomb threat closed the park on Wednesday.

Bomb squads cleared the park around 3 p.m., and the park opened soon after.

U/D @SixFlagsDC the secondary search of entire park has been completed with no additional concerns. PGFD Bomb Squad is clear.

Safety is our top priority, park has been cleared by the authorities and it is now open until 8 pm today

Working w/authorities after bomb threat. The safety of our guests & employees is our top priority. As precaution, park closed until cleared.

The Prince George County Office of Emergency Management tweeted that authorities had discovered two suspicious packages in the park. Both were eventually cleared as non-explosives, and a further sweep of the park found no suspicious activity.