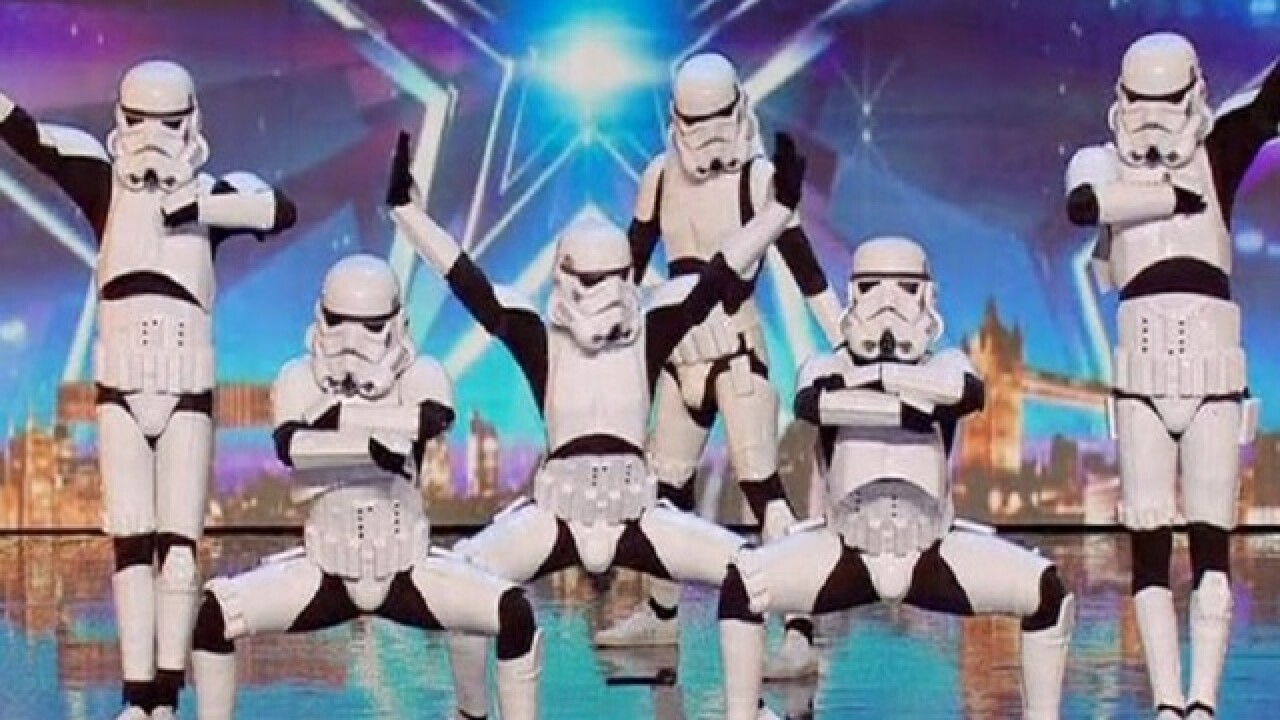 There were mixed emotions Saturday night when Simon Cowell awarded his Golden Buzzer to an unlikely group on “Britain’s Got Talent.”
At a time when dancing Stormtroopers seem to be in the spotlight – take last week’s performance at the White House in honor of May the Fourth – Cowell is apparently hitching a ride on the bandwagon.
The “Boogie Storm” dance troupe auditioned to the tunes “Gangnam Style” by Psy,“Single Ladies” by Beyoncé, and “Watch Me (Whip/Nae Nae)” by Silento.
And since the Star Wars-inspired dancers refused to remove their helmets throughout the performance, their identities are still a mystery.
Nonetheless, the notoriously difficult-to-please Cowell -- dubbed the “Dark Lord” and the “real-life Darth Vader” by his fellow judges -- was smitten. He pushed the Golden Buzzer, sending the group through to the show’s live semifinals.
“I don’t know who you are, but I literally said ‘If we could find Stormtroopers who could dance’ — seriously, I said that — ‘this show is going to go into a different league,’” Cowell said after pressing the buzzer. “My dream has come true. Thank you.”
Each judge may press the buzzer only once during the season, and doing so sends the act through regardless of the votes.
The Daily Mirror notes that some viewers expressed outrage on social media that the dance troupe received the buzzer, while former Coronation Street actress Rachael Wooding did not.

Rachel was incredible and they got the golden buzzer...whatttt?? #BGT

@davidwalliams @SimonCowell @BGT IM SO MAD AT HIM. RACHEL SHOULD OF GOT THE GOLDEN BUZZER. IM SURE THE QUEEN WONT WANT TO SEE THAT