Bill calls for women to register for draft 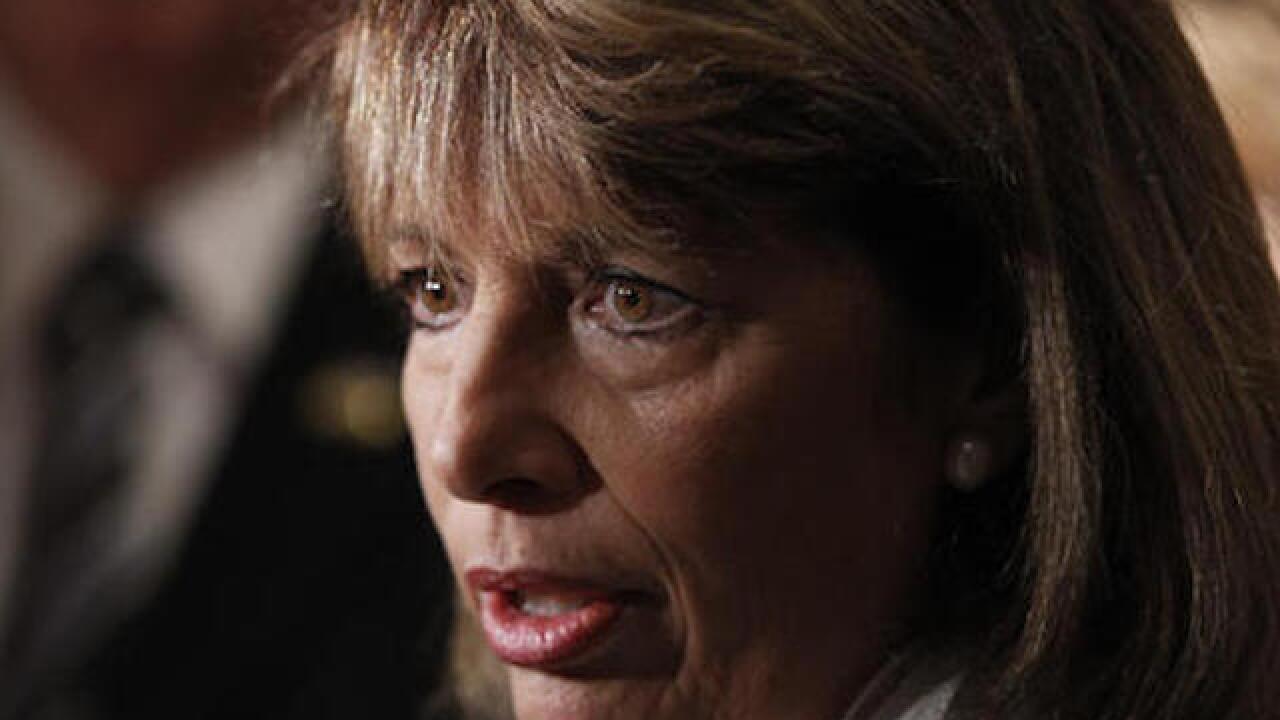 Copyright Associated Press
Charles Dharapak
<p>In this Aug. 30, 2011 file photo, Rep. Jackie Speier, D-Calif., talks to reporters in Washington. A divided Armed Services Committee, in which Speier is a member, backed the provision in a sweeping defense policy bill that the full House will consider next month, touching off a provocative debate about the role of women in the military.(AP Photo/Charles Dharapak)</p>

WASHINGTON (AP) — Women would begin signing up with Selective Service in January 2018 under a measure approved by the Senate Armed Services Committee, another step toward a day when young Americans of both genders may be subject to the military draft.

A return to forcing people to join the military seems unlikely. Military leaders maintain the all-volunteer force is working and do not want a return to conscription. The U.S. has not had a military draft since 1973, in the waning years of the Vietnam War era, but all men are required by law to register with Selective Service within 30 days of turning 18.

Women have never been required to register and have never been part of a large-scale draft. Any justification for barring women from draft registration was erased last year, when the Pentagon announced that all military jobs would be open to women, the Senate committee said late Thursday in a summary of its annual defense policy bill. The committee approved the bill on a vote of 23-3.

The committee noted that the top officers in each of the military branches expressed support for including women in a potential draft during testimony before Congress.

Despite agreement by both the Senate and the House Armed Services committees on this issue, a provocative debate is expected when legislation requiring women to register is considered in the full Senate and House.

"This is a highly consequential - and, for many American families, a deeply controversial - decision that deserves to be resolved by Congress after a robust and transparent debate in front of the American people, instead of buried in an embargoed document that is passed every year to fund military pay and benefits," said Sen. Mike Lee, R-Utah., who voted against the policy bill.

Rep. Duncan Hunter, R-Calif., who served with the Marines in Iraq and Afghanistan, said he believes most Americans don't want women to be drafted. Despite his objections, Hunter proposed — and then voted against — an amendment requiring women to register. It was narrowly adopted by the House Armed Services Committee in late April.

Hunter said he offered the measure to force a discussion about how the Pentagon's decision to void gender restrictions on military service failed to consider whether the exclusion on drafting women also should be lifted. He argued that the call should be made by Congress.

The White House has declined to say whether President Barack Obama would sign into law legislation that expands the draft to include women.

A longstanding congressional ban on moving prisoners held at the Guantanamo Bay, Cuba, detention facility to the United States is included in the policy bill. The prohibition, which the White House opposes, has kept Obama from fulfilling a campaign pledge to shutter the facility.

The legislation also proposes to help shrink the remaining population at Guantanamo by allowing detainees to plead guilty to criminal charges in federal civilian courts via video teleconference. Those detainees could then be transferred to other countries to serve their sentences.

But the Center for Constitutional Rights, an advocacy group, opposed the change and said allowing pleas by remote video is an attempt to change the rules "in order to stymie the defense and afford the prosecution a greater chance to win these cases."

The Senate committee did not follow the House panel's lead and shift $18 billion in wartime spending to pay for additional weapons and troops to reverse what Republicans and a number of Democrats have called a crisis in the U.S. military's combat readiness. Sen. John McCain, R-Ariz., the Armed Services Committee chairman, is planning to propose a strategy for securing additional money for the military when the full Senate takes up the bill. That could happen as early as next week.

The committee did identify $3 billion in savings from the defense budget proposed by the Obama administration "and redirected those funds toward critical needs of our warfighters," according to the summary. The committee also added $2 billion for additional training, depot maintenance and weapons sustainment.