Search for Flight 370 will be suspended, possibly forever 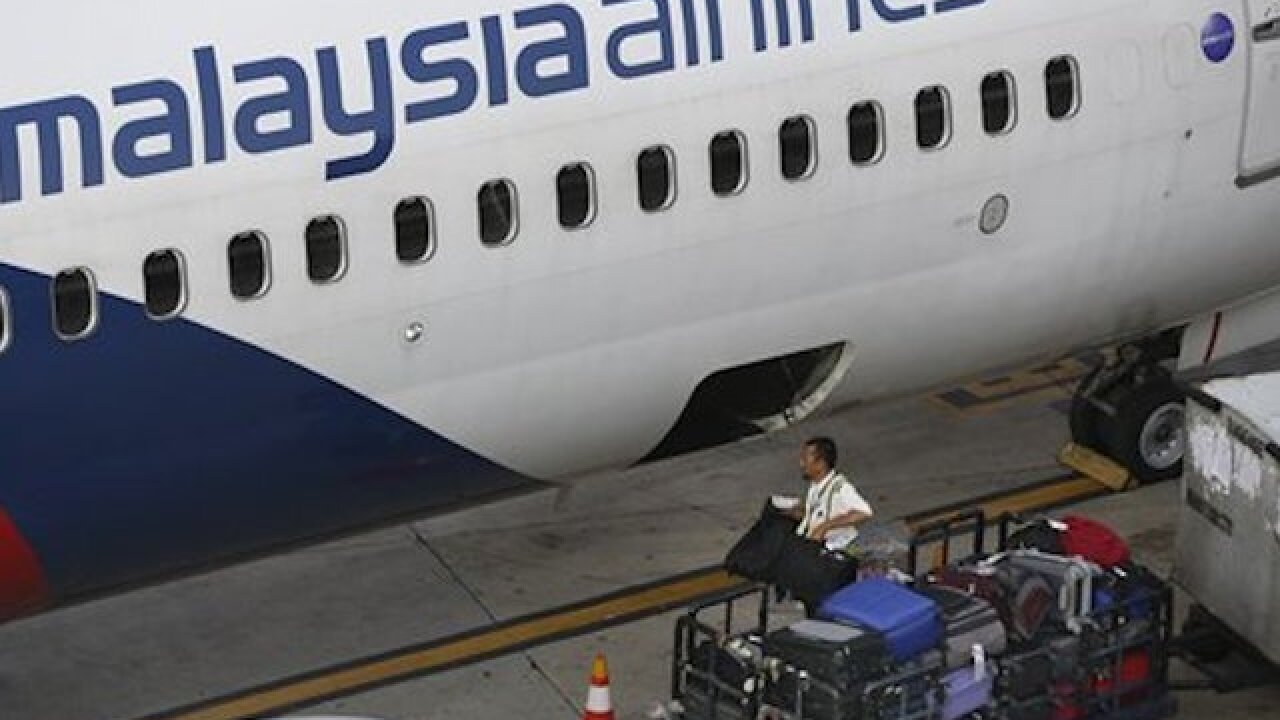 Vincent Thian
<p>In this May 27, 2015 photo, a member of ground staff loads luggage to a Malaysia Airlines Boeing 737-800 at the Kuala Lumpur International Airport in Sepang, Malaysia. Malaysia Airlines Tuesday Jan. 5, 2016 barred passengers from checking in baggage on flights to Paris and Amsterdam for two days due to "unseasonably strong headwinds" on a longer flight path it is taking. The move affecting Tuesday and Wednesday flights has baffled passengers, who slammed the airline on social media. (AP Photo/Vincent Thian)</p>

PUTRAJAYA, Malaysia (AP) — The more than two-year-long hunt for Malaysia Airlines Flight 370 will be suspended once the current search area in the Indian Ocean has been completely scoured, the three countries conducting the operation announced Friday, possibly ending all hopes of solving aviation's greatest mystery.

Some families of the lost plane's 239 passengers and crew were angry over the decision to stop what is already the most expensive search in aviation history, having cost 180 million Australian dollars ($135 million). Others continued to hold out hope.

"In the absence of new evidence, Malaysia, Australia and China have collectively decided to suspend the search upon completion of the 120,000-square-kilometer (46,300-square-mile) search area," Malaysian Transport Minister Liow Tiong Lai said after a meeting with his Australian and Chinese counterparts.

There are fewer than 10,000 square kilometers (3,900 square miles) left to be searched. In a statement read by Liow, the ministers acknowledged that "the likelihood of finding the aircraft is fading."

The ministers said the search could be revived, but only if new evidence emerges.

"Should credible new information emerge which can be used to identify the specific location of the aircraft, consideration will be given in determining next steps," their joint statement said.

As Liow and the other two ministers were addressing the news conference, representatives of the passengers' families stood outside the building holding placards calling on authorities to keep trying. "Find the plane, ease our pain," read one.

"We don't want the suspension to be just a way to let everyone calm down and slowly forget about it," said Grace Subathirai Nathan, a Malaysian whose mother, Anne Daisy, was on the flight. "We want them to be doing something in the interim to look for new information."

Australian Transport Minister Darren Chester said experts will continue to analyze data and inspect debris but added, "Future searches must have a high level of success to justify raising hopes of loved ones."

The Boeing 777 vanished on a flight from Kuala Lumpur to Beijing on March 8, 2014. It is believed to have turned back west and then south before dropping into the Indian Ocean west of Australia, where the search has been concentrated. Much of what happened to the plane remains a mystery, though the Malaysian government has concluded that it was deliberately steered off course.

Liow said the search, hampered by bad weather and damaged equipment, will end by December.

Although the ministers were at pains to say they were not permanently ending the search, it is evident that it is highly unlikely to continue after that, given how few clues have emerged since the disappearance of the plane. Confirmed and possible debris has been found off East Africa thousands of kilometers (miles) away, but authorities have said the wreckage has provided no information that might help locate the bulk of the aircraft.

Some relatives remained hopeful that the search will resume one day.

"I feel encouraged. Fearing the worst, we now have something to hang on to," said K.S. Narenderan, who lost his wife, Chandrika Sharma, on the flight. "I read into it a commitment to stay engaged in the search and to hold themselves accountable to pursue the truth."

"You can suspend, but don't stop there," said Jacquita Gonzales, whose husband Patrick Gomes was a crew member on Flight 370. "Suspension can be five years, 15 years, 20 years. ... It's a long wait, so go back to the drawing board."

Representatives from Voice 370, a group representing family members of the plane's passengers and crew, met with Australian officials in Kuala Lumpur on Thursday and urged the governments to suspend the search until new funds can be raised. They also called for a wider base of funding, including from Boeing and other plane and component manufacturers.

The three governments are involved because the airline was Malaysian, most of the passengers were Chinese, and the suspected crash site is off southwestern Australia.

Several relatives of Chinese victims said they felt betrayed by the decision.

"I will never agree with the decision to suspend the search," said Zhang Qian, whose wife, Wang Houbin, had been on board MH 370. "We will definitely gather to protest it and I have lost confidence to the Malaysian government."

But Jeanette Maguire, whose sister and brother-in-law Cathy and Bob Lawton, from Brisbane, Australia, were aboard Flight 370, said that while the decision is "very difficult to accept," she understood searchers needed more information to continue, "because it's costing an absolute fortune."

There have been several theories surrounding the disappearance and the final hours of the flight, including that the plane glided into the water and didn't dive in, indicating a controlled ditching.

"We do not have any evidence to confirm that it was controlled ditching," Liow said.

He said the plane debris found so far "did not identify the exact location of the aircraft" but the location of the debris is consistent with the drift modeling pattern done by Australia, which indicated a general search area.

Western Australia University oceanographer Charitha Pattiaratchi, who has done extensive drift modeling, has said the plane could have crashed slightly north of the current search area.

Pattiaratchi's modeling was based on how long the first piece of confirmed Flight 370 wreckage took to reach La Reunion off the African coast , an island where confirmed plane debris was found, and his team's calculations of the effects of currents, wind and waves on drifting debris.

Drift modeling was not used to define the search area because no parts of Flight 370 had been found before a wing flap washed up on La Reunion island a year ago. The search area was determined by analysis of satellite signals that the plane emitted in its final hours.

But the Australian Transport Safety Bureau has previously said wreckage found on the southwestern shores of the Indian Ocean was consistent with the plane crashing in the expansive search area.