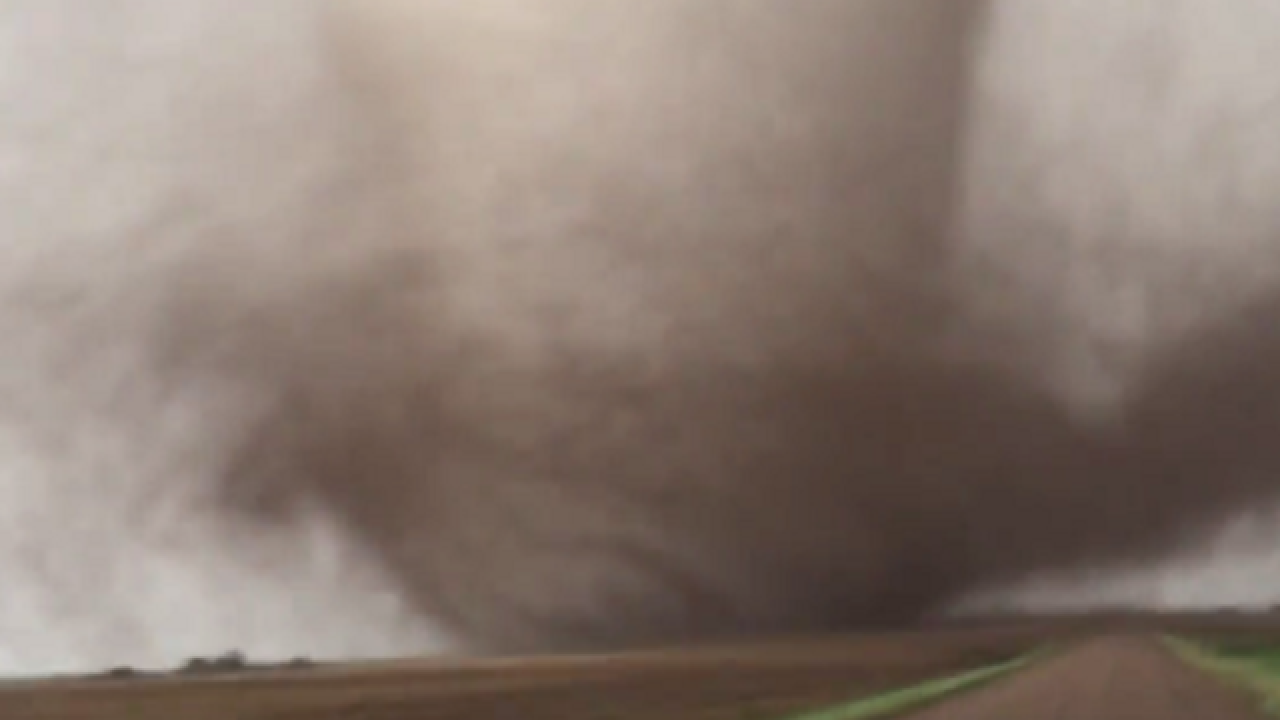 Tornadoes touched down Tuesday afternoon in parts of Kansas and Oklahoma as part of a string of severe storms pummeling the plains.
A powerful tornado struck near Dodge City, Kansas, at about 6:40 p.m, the National Weather Service confirmed, adding that the tornado was moving at 20 miles per hour – an event the service called “deadly,” urging residents to "take cover.”
See clips of the tornado touching down below.

NEW: large violent tornado south of Dodge City, KS as I was moving in for intercept! @breakingweather pic.twitter.com/dBdKkjMJBe

After the tornado passed, damage, along with a propane leak, were reported on the west side of the city, Weather.com reports.
Late Tuesday afternoon, a separate, large tornado was reported near Scott City in western Kansas, while flash flooding was also reported in the central part of the state.
According to Weather.com, which cites the NWS, possible tornadoes also left damage in the Oklahoman towns of Shamrock and Bristow Tuesday evening. The Bristow Police Department reportedly confirmed injuries in the area.
The exact extent of damages wasn’t immediately known.
Scripps Only Content 2016