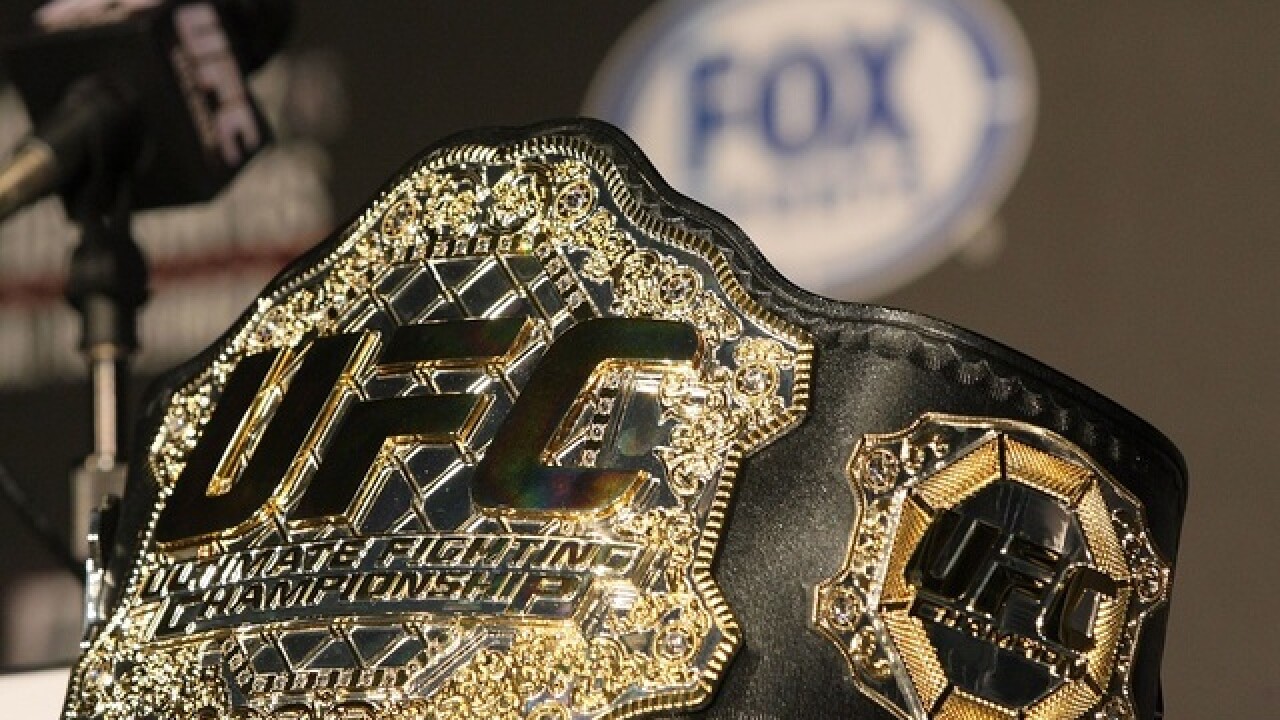 By: Mina Abgoon
Posted at 12:41 AM, Jul 11, 2016
The UFC has been sold for a staggering price of around $4 billion, according to TMZ Sports.
It’s a price tag that marks the largest single deal in the history of sports.

UFC Sold for a Fortune https://t.co/MQ93oOUTHy

The new owner of the Las Vegas-based empire is a group led by talent giant WME-IMG.
TMZ, citing unnamed sources, reports that Dana White will still have a major presence, serving as President. Early Sunday he simply tweeted a smiley face, what some speculated was a reference to the deal.

Meanwhile, the Fertittas brothers will have a diminished role, with Lorenzo Fertitta stepping down as CEO. Lorenzo and his brother, Frank, owned more than 80 percent of the business.
ESPN reports that in December, Lorenzo told CNN the company grossed more than $600 million in revenue last year.
While the exact time frame of the deal’s finalization wasn’t immediately clear, TMZ reports it could take as long as two months.
A full announcement is expected Monday morning.
Copyright 2016 Scripps Media, Inc. All rights reserved. This material may not be published, broadcast, rewritten, or redistributed.