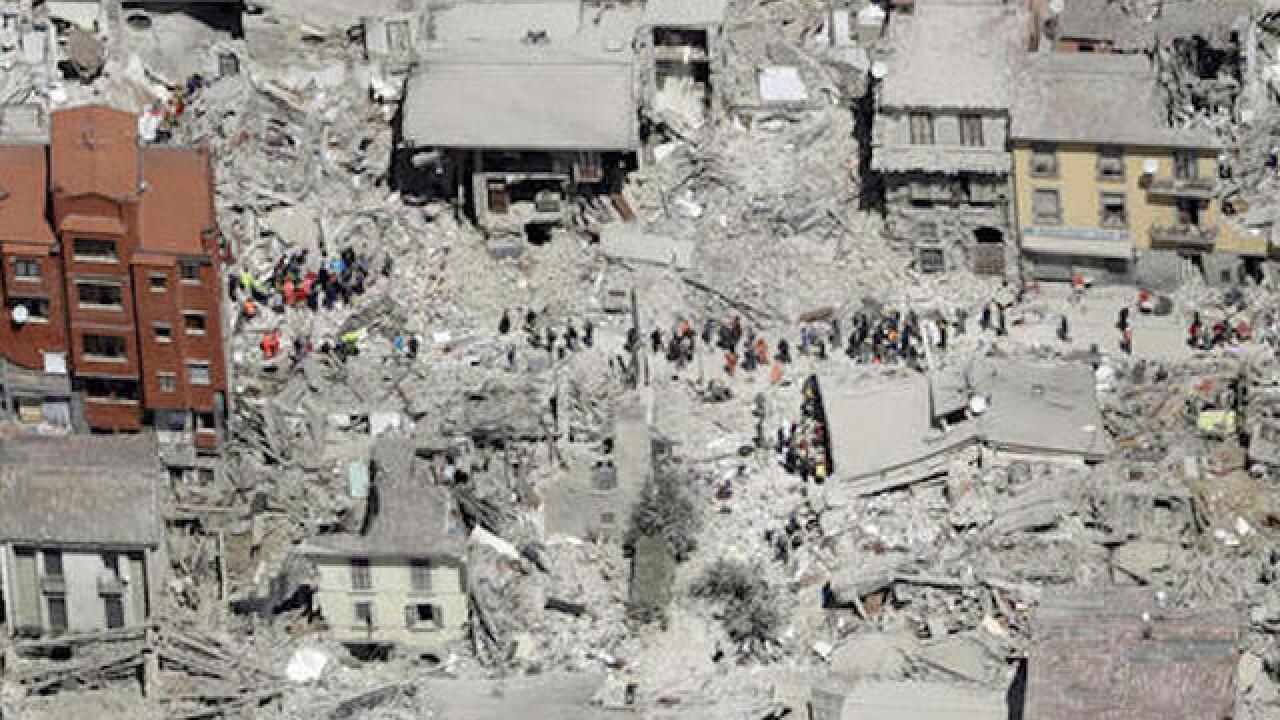 Amatrice lawyer Mario Cicchetti told The Associated Press he lodged the complaint about the "macabre" cartoons on Monday in Rieti, the provincial capital.

Charlie Hebdo published two cartoons about Amatrice, a hill town where most of the 295 people killed in the Aug. 24 quake lived and which is known for a famous pasta dish.

One showed arms and legs protruding from between layers of lasagna. The other, depicting rubble, was captioned: "It's not Charlie Hebdo that built your homes. It's the Mafia."

Prosecutors will decide whether the defamation complaint has merit.

They're already investigating why so many buildings collapsed.