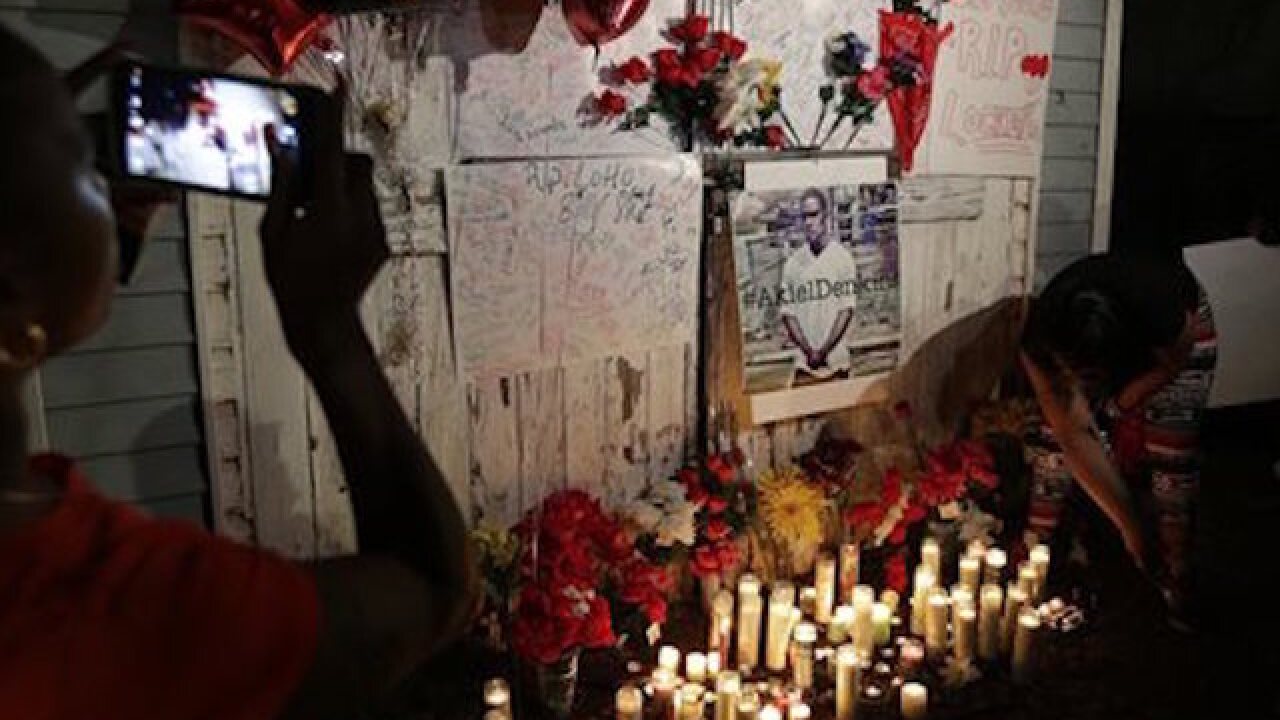 Gerry Broome
<p>FILE - In this Feb. 29, 2016, file photo, bystanders gather for a vigil for Akiel Denkins near the scene a shooting on Bragg Street in Raleigh, N.C. A prosecutor said Wednesday, April 13, 2016, that Officer D.C. Twiddy acted in self-defense and won't face charges for shooting Denkins. (AP Photo/Gerry Broome, File)</p>

RALEIGH, N.C. (AP) — A prosecutor said Wednesday that a white North Carolina officer acted in self-defense and won't face charges for shooting a black man in a case that sparked outcry in his predominantly black neighborhood.

Police have said previously that 24-year-old Akiel Denkins was armed and reached for Officer D.C. Twiddy's weapon before the officer shot and killed him in late February.

Wake County District Attorney Lorrin Freeman said she concluded Twiddy acted in self-defense after interviews with 40 witnesses and crime lab analysis of more than 35 pieces of evidence. She said in a news release that Twiddy shot Denkins "as a matter of last resort and only because he reasonably believed his own life was in danger."

Twiddy was seeking to arrest Denkins after he failed to appear in court on felony drug charges, authorities said.

Many in the neighborhood where Denkins was shot expressed anger over the shooting, which happened in the wake of other high-profile police shootings and a national debate over how officers treat black men.

More than 200 people crammed into a church in March to mourn Denkins, including the Raleigh mayor and the head of the North Carolina chapter of the NAACP.