Pope pushes Christians to care for the environment 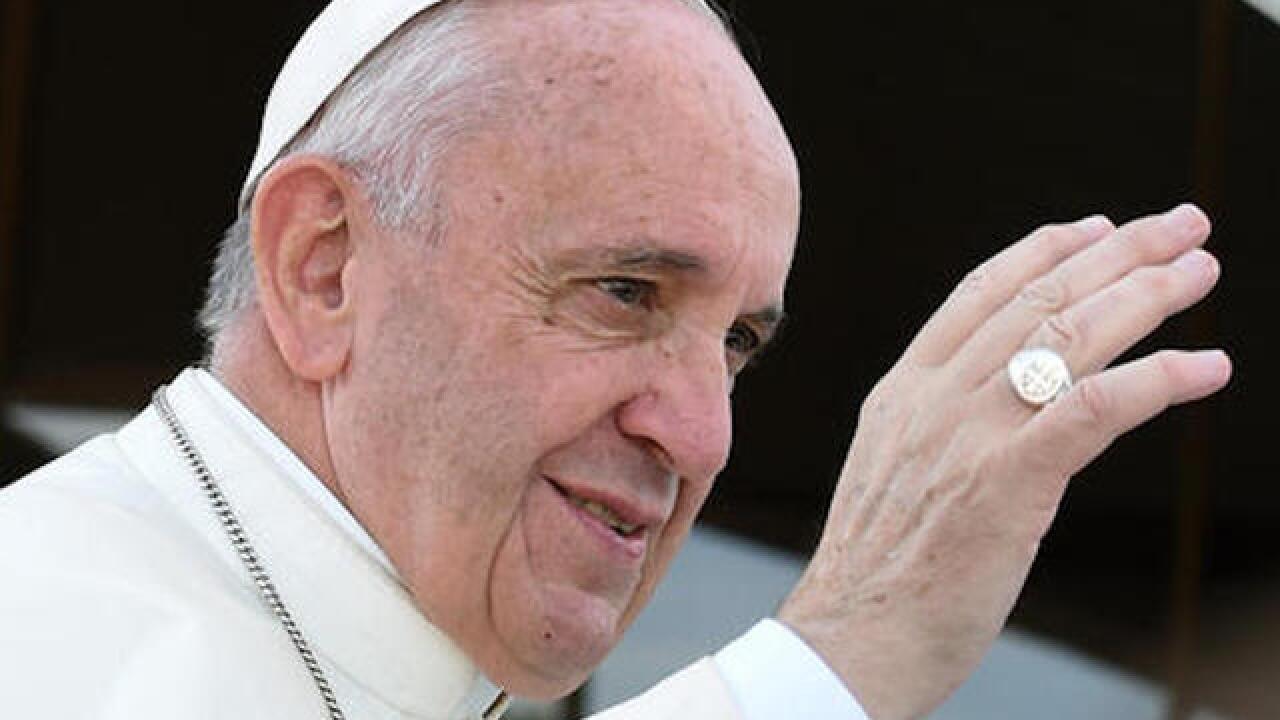 Copyright Associated Press
Alik Keplicz
<p>Pope Francis greets faithful as he arrives at the Shrine of Divine Mercy in Krakow, Poland, Saturday, July 30, 2016, on the fourth day of his visit to Poland. (AP Photo/Alik Keplicz)</p>

VATICAN CITY (AP) — Pope Francis on Thursday proposed that caring for the environment be added to the traditional seven works of mercy that Christians are called to perform, taking his green agenda to a new level by supplementing Jesus' Gospel call to feed the hungry, clothe the naked and visit the sick.

Francis made the ambitious proposal in a message to mark the church's World Day of Prayer for the Care of Creation, which he instituted last year in a bid to highlight his ecological concerns.

Officials said the call was the logical extension of Francis' landmark and controversial ecological encyclical issued last year. In it, the world's first Latin American pope called for a revolution to correct what he said was a "structurally perverse" economic system in which the rich exploited the poor and turned the Earth into an "immense pile of filth."

This year, the Sept. 1 day of prayer for the planet falls during Francis' Holy Year of Mercy, a yearlong focus on the church's merciful side. During the event, the faithful have been urged to practice the seven corporal and seven spiritual works of mercy, which were first outlined in the Gospel and articulated over centuries by philosophers and theologians.

In addition to feeding the hungry, they include counseling the doubtful, instructing the ignorant and praying to God for the living and dead.

In the message, Francis said the faithful should use the holy year to ask forgiveness for the "sins" against the environment that have been committed by the "irresponsible, selfish" and profit-at-all-cost economic and political system.

"Economics and politics, society and culture cannot be dominated by thinking only of the short-term and immediate financial or electoral gains," he wrote. "Instead, they urgently need to be redirected to the common good, which includes sustainability and care for creation."

He called for all of humanity to take concrete steps to change course, starting with repaying what he called the "ecological debt" that wealthy countries owe the poor. Recycling, turning off the lights and car-pooling can all help, he said.

"Repaying (the debt) would require treating the environments of poorer nations with care and providing the financial resources and technical assistance needed to help them deal with climate change and promote sustainable development," he wrote.

Finally, he proposed that caring for the environment be added as a "complement" to the seven spiritual and corporal works of mercy.

"This message is the next logical step after (the encyclical), for it is showing us how to internalize its teaching in our lives and in our world," said Cardinal Peter Turkson, who helped draft the original encyclical and is Francis' point-man on all environmental matters.