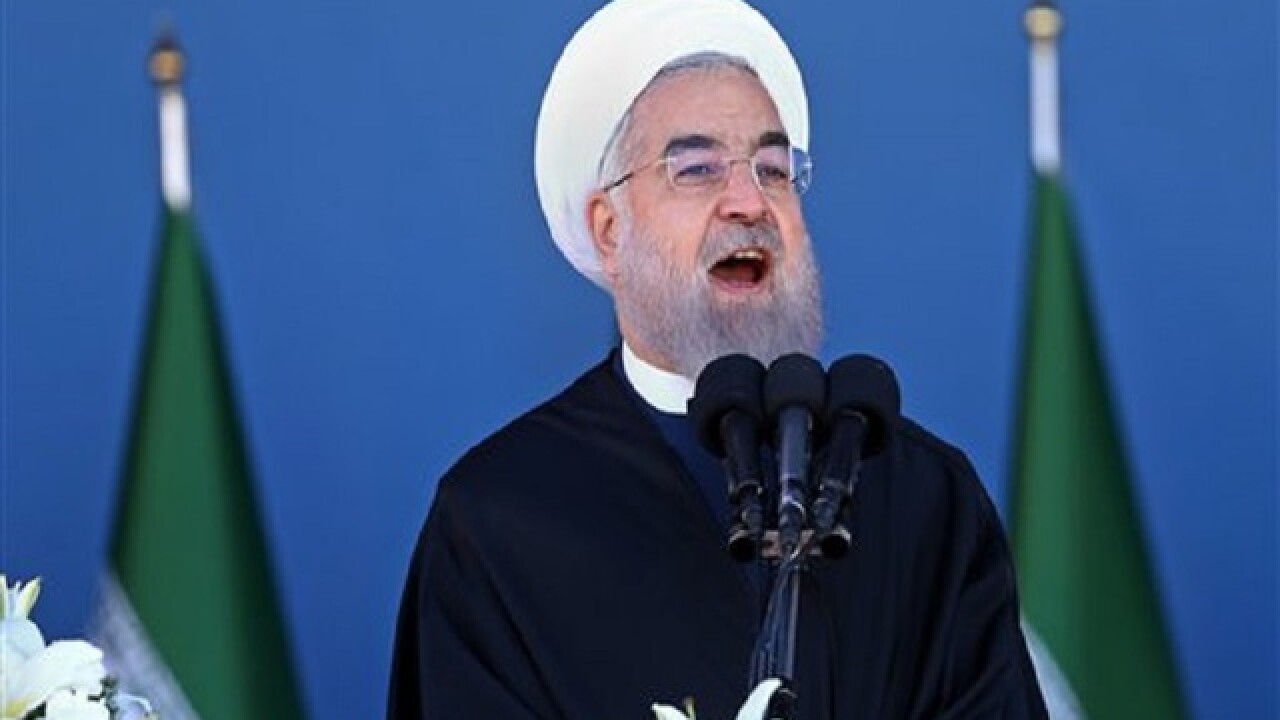 TEHRAN, Iran (AP) — Iran's parliamentary runoff elections got underway Friday, state media reported, a key vote that is expected to decide exactly how much power moderate forces backing President Hassan Rouhani will have in the next legislature.
The balloting is for the remaining 68 positions in the 290-seat chamber that were not decided in the February's voting, in which Rouhani's allies won an initial majority.
Iran's next parliament will set the legislative course for the Islamic Republic following last year's landmark nuclear deal with world powers. And though the parliamentary vote isn't expected to herald large-scale change in Iranian policies, it may strengthen Rouhani's hand and make it easier for him to deliver in areas such as promoting social freedoms and reforming the economy.
In February, a bloc of reformists and moderate allies of Rouhani won an initial majority — 106 seats — in a vote that saw a 62-percent turnout. The bloc needs to win 40 seats Friday to ensure its control over the parliament, which begins work in late May.
But hard-liners, who have in the past controlled the chamber and who only won 64 seats in February, are also hoping to boost their presence in the next parliament.
The political affiliation of the other 52 winners in February's election, among them five members of Iran's religious minorities, remains unclear. That makes the runoff so important to cement the control of reformists and moderate conservatives.
Polls opened at 8 a.m. Friday and nearly 17 million Iranians are eligible to vote in 55 constituencies, including cities and towns across the nation. In Tehran, Iran's capital and major political powerhouse, moderates won all 30 seats there outright in the first round of voting.
The moderate-reformist bloc is fielding 58 candidates in the runoff. The rest of the candidates — 78 — include hard-liners and several independents. Lawmakers serve four-year terms. Under the law, two candidates compete for every seat in the runoff and the one who wins a simple majority of votes wins the seat.
Polls will be open until at least 6 p.m., though election hours often get extended. Interior Minister Abdolreza Rahmani Fazli told reporters that election results are expected on Saturday.
Over the past days, Iranian leaders have urged people to vote.
"The importance of the runoff elections is not less than the first round; there is a need for all to participate. Participation in the elections is decisive," Supreme Leader Ayatollah Ali Khamenei, who has final say on all state matters, said Wednesday.
The election is viewed by many as a referendum on Rouhani's administration, which negotiated the deal with world powers — including the U.S. — to limit Iran's nuclear program in exchange for the lifting of international sanctions. While the deal has taken effect, many feel they haven't seen its benefits as Iran's economy remains anemic.
Also in February, voters picked members for an 88-seat body of clerics officially charged with selecting the replacement for the supreme leader from high-ranking clerics, including its members. The Assembly of Experts is elected every eight years and there is a chance its members may need to find a successor for the ayatollah, who is 76 years old and underwent prostate surgery in 2014, renewing speculation about his health.
In the time since, Khamenei has appeared in good health in weekly meetings and reportedly was seen hiking near the capital.
Associated Press 2016