Should Ryan resign if he won't support Trump? 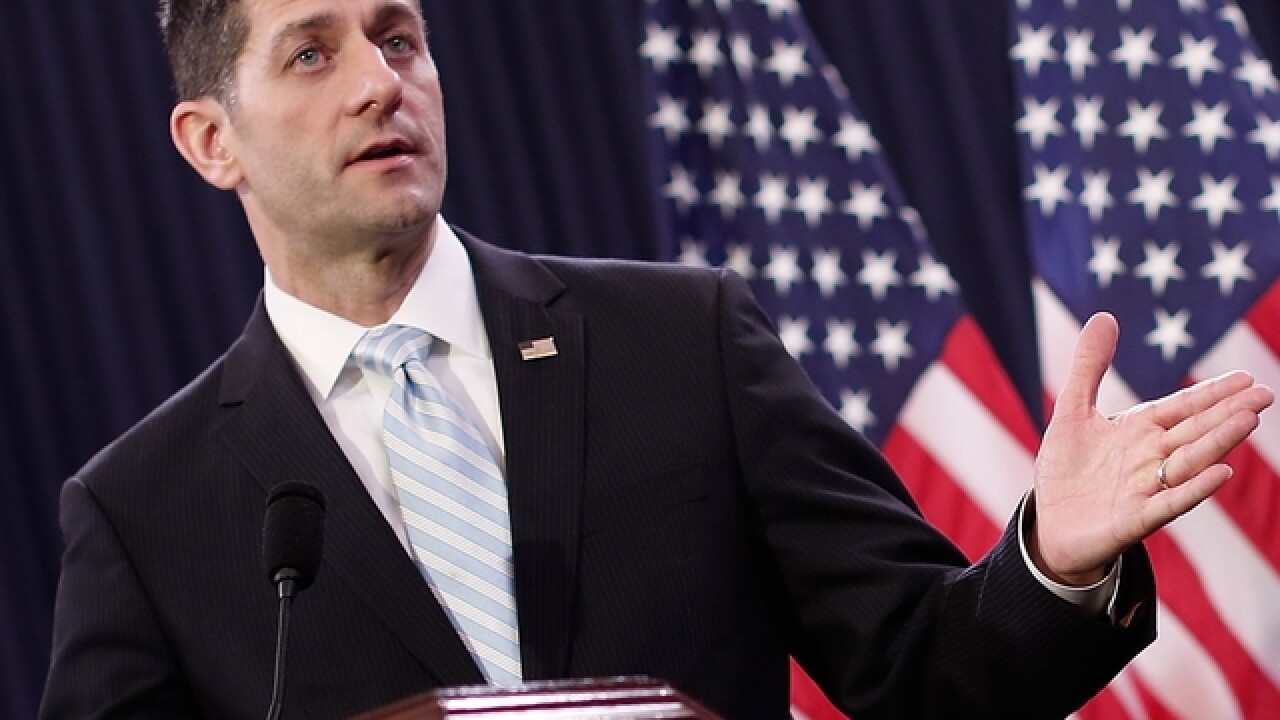 By: Mina Abgoon
Posted at 5:16 AM, May 09, 2016
Though Donald Trump clearly has the popular Republican vote as the party’s nominating convention looms closer, he doesn’t have full the support from GOP leaders.
In a recent interview with CNN’s Jake Tapper, House Speaker Paul Ryan admitted he’s not quite ready to support Trump, who is now the presumptive GOP nominee.
“Well, to be perfectly candid with you Jake, I’m just not prepared to do that at this point,” Ryan said. “I’m not there right now.”
After stating that hopes he can eventually support Trump, a hesitant Ryan added, “This is the party of Lincoln, of Reagan, of Jack Kemp…We hope that our nominee is Lincoln or Reaganesque, that the person advances the principles of our party and appeals to a vast majority of Americans.”
Trump responded by saying he’s not “ready to support Speaker Ryan’s agenda,” while his spokesman -- Katrina Pierson -- suggested that Ryan should resign if he declines to support Trump.
What do you think? Should Speaker Paul Ryan resign if he refuses to back Trump, the presumptive GOP nominee? Answer in our poll below.
Scripps Only Content 2016