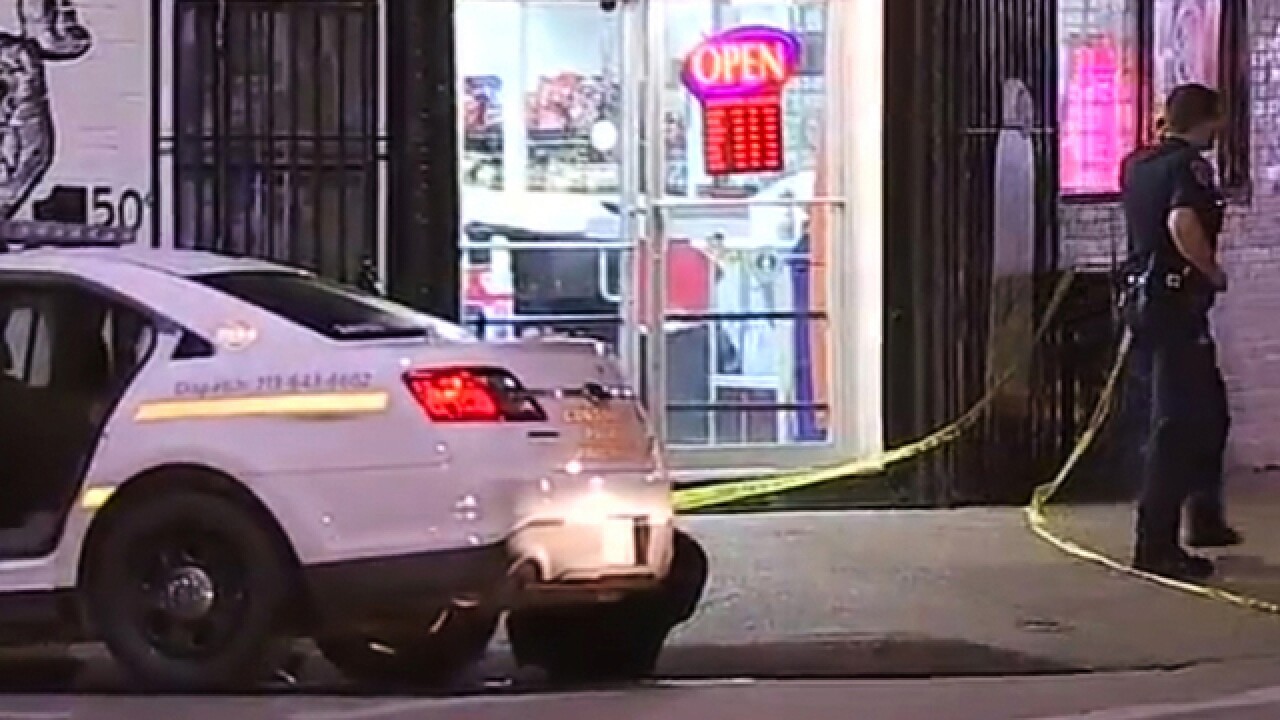 <p>In this frame from video provided by KTRK, an officer walks on the the scene after a late Wednesday, April 13, 2016, shooting in Houston. A deputy constable was rushed to a hospital after a suspect shot him from behind multiple times, authorities said.</p>

HOUSTON (AP) — A deputy constable is expected to recover after undergoing several hours of surgery after he was shot four times while talking to another constable after a traffic stop, authorities said Thursday.

Harris County Deputy Constable Alden Clopton was wearing a protective vest when he was shot at from behind about 11:20 p.m. Wednesday, Constable May Walker said during a Thursday morning news conference.

Asked if authorities believed the shooter was targeting law enforcement, Houston police spokesman Kese Smith told The Associated Press that both deputy constables were in uniform and had marked vehicles.

"I can't see how someone can mistake them for someone other than law enforcement," Smith said.

The suspect fired six shots, four of which hit Clopton, Walker said. Officials had said earlier that Clopton had a bullet lodged near his heart, plus abdominal wounds. The other shots hit the other deputy constable's car and the ground.

"It was virtually a ambush is what it was," Walker said, according to the Houston Chronicle.

Authorities were questioning a male who showed up a nearby fire station after the shooting and matched the description of the suspected shooter, Smith said. The person had not been arrested or charged, he said, but authorities also were not currently looking for anyone else.

Clopton is an 11-year veteran of the force who is married and has children, Lt. Holland Jones of the Harris County Precinct 7 Constable's Office told media outlets Thursday morning. Walker says Clopton faces a long recovery but should be OK.

According to Smith, the shooting came after a female reserve deputy constable made a traffic stop and called Clopton to assist. The vehicle that was pulled over left and Clopton was standing outside the window of the female's vehicle when he was shot.

The female deputy constable got out and shot back, but it was unknown if she hit the suspect, who then fled, Smith said. The person being questioned at the fire station did not have any injuries, Smith said, adding that he didn't think the shooting was related to the traffic stop.

"It was completely unprovoked," according to Pamela Greenwood, also with the Precinct 7 office.