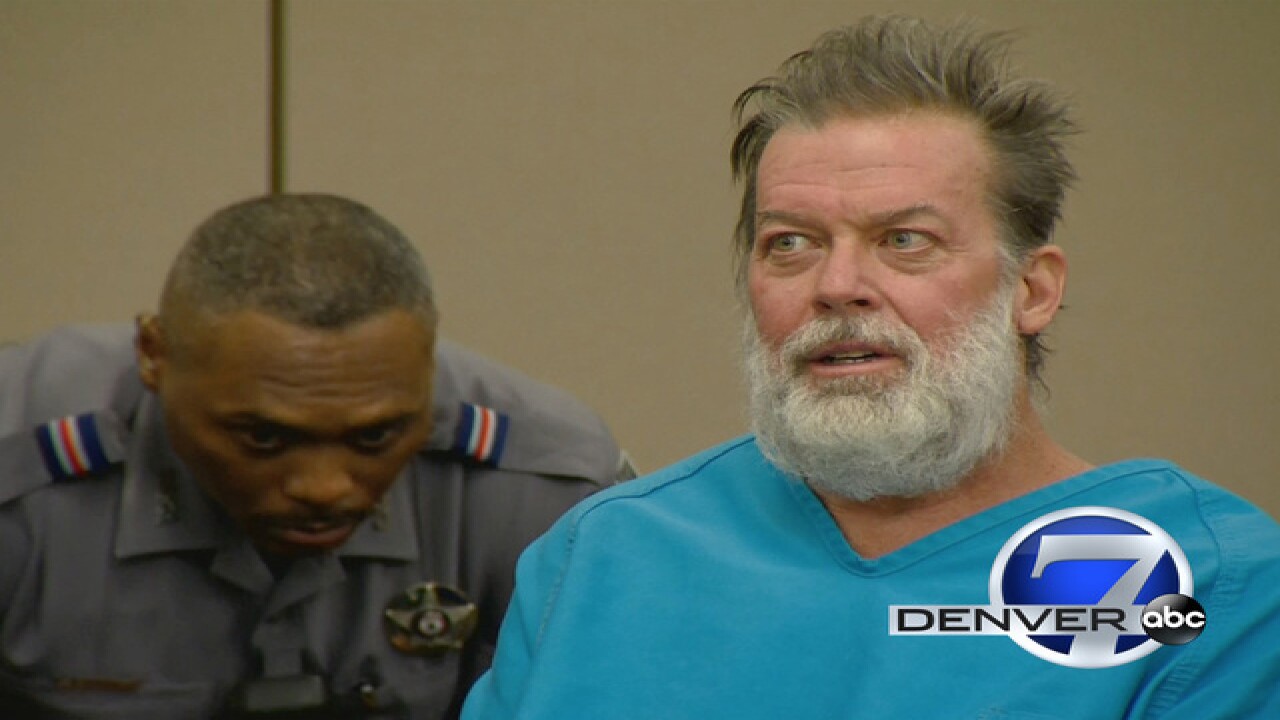 A judge has ruled that the Planned Parenthood shooting suspect is not competent to stand trial at this time.

Judge Gilbert Martinez ruled that Robert Dear should be sent to a psychiatric hospital designed to restore his competency.

Dear responded by calling the judge, "filthy animal and prejudice."

Dear, 57, is charged with 179 counts, including murder, attempted murder and assault, in the Nov. 27 shootings at the Colorado Springs clinic. Three people died, nine people were injured.

In courtroom outbursts, Dear has said he was guilty and called himself a "warrior for the babies."

Martinez ordered a mental exam for Dear after the suspect announced at a previous hearing that he wanted to fire his public defenders and represent himself.

The exam was conducted at the Colorado Mental Health Institute at Pueblo.

Forensic evaluator Jackie Grimmett, Psy.D, met with Dear twice, for a total of two-and-a-half hours along with Dr. B. Thomas Gray.

Grimmett and Gray both determined that Dear has delusional disorder and concluded his mental illness is impacting his ability to stand trial.

In the search warrants obtained by Denver7, Dear told police he wore a home-made protective vest that was created with silver coins and duct tape.  He was armed with four rifles and propane tanks which he planned to blow up.

Dear also admitted he called the clinic to get directions before the attack.

At approximately 11:51 a.m., Dear was seen entering the building with numerous black bags and something over his shoulder.  At 12:06 p.m. tactical responders from CSPD and EPSO responded to the scene and just a minute later one member of the team reported being shot.

When CSPD and EPSO team members attempted to enter the building, three of them were shot and wounded.

As Dear was put into a police car after his arrest, he began yelling about the killing of babies, witnesses said. He later told investigators he went to that Planned Parenthood because he was upset they performed abortions and sold baby parts.  He also said he hoped aborted fetuses would meet him at the gates of heaven and thank him for what he did, according to the arrest affidavit.

The attack was not Dear's first.  Documents show he super glued the door locks at an abortion clinic in South Carolina and had a long fascination with Paul Hill, a former minister who was put to death in 2003 for killing a Florida abortion provider and his bodyguard.

The paperwork obtained by Denver7  included the search warrant for Dear's car. It said officers found two rifles, two pistols, one shotgun, a bible, knives, a hatchet, metal stars, ammo and other items.