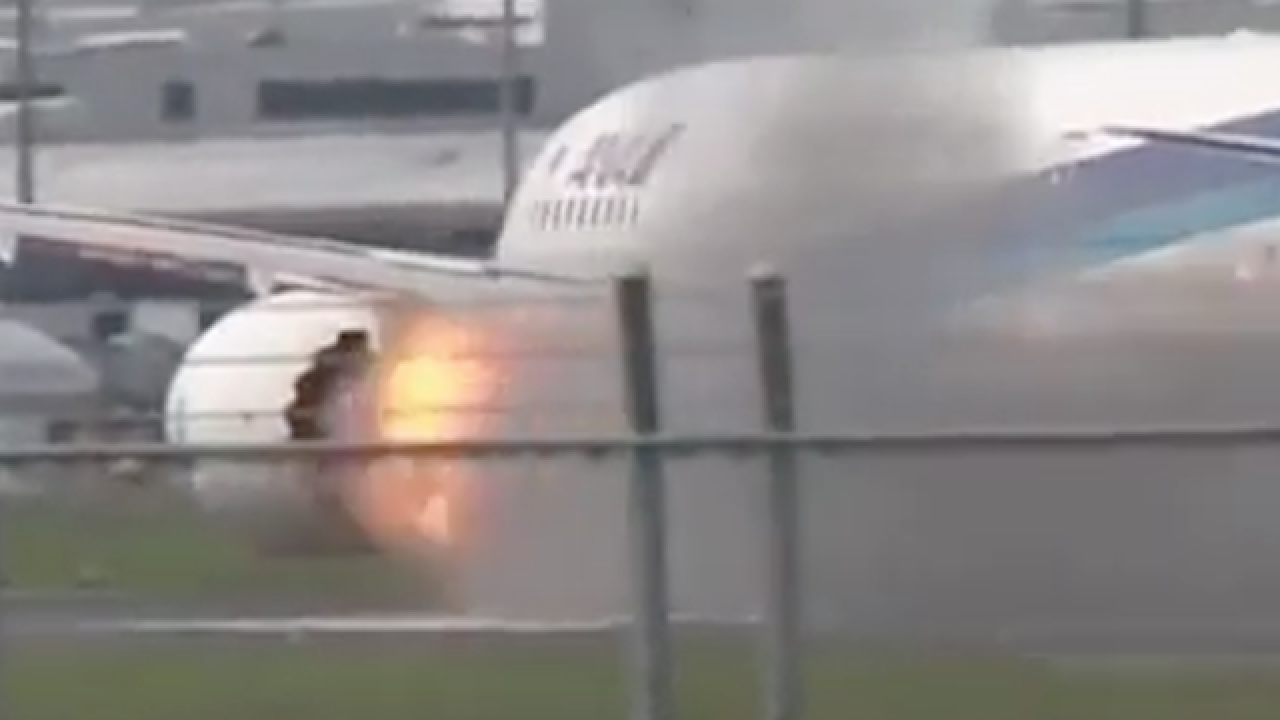 The engine on a plane taking off from Japan caught fire on the runway on Sunday.

Flight NH-959 was expected to head from Tokyo's Narita International Airport to Shanghai, China. The flight had 240 people on board before the left engine had a "loud bang" forcing the crew to stop the Boeing 787 on the runway, according to The Aviation Herald.

There was no report on the passengers or what might have caused the engine failure.

Watch the video below to see the incident.