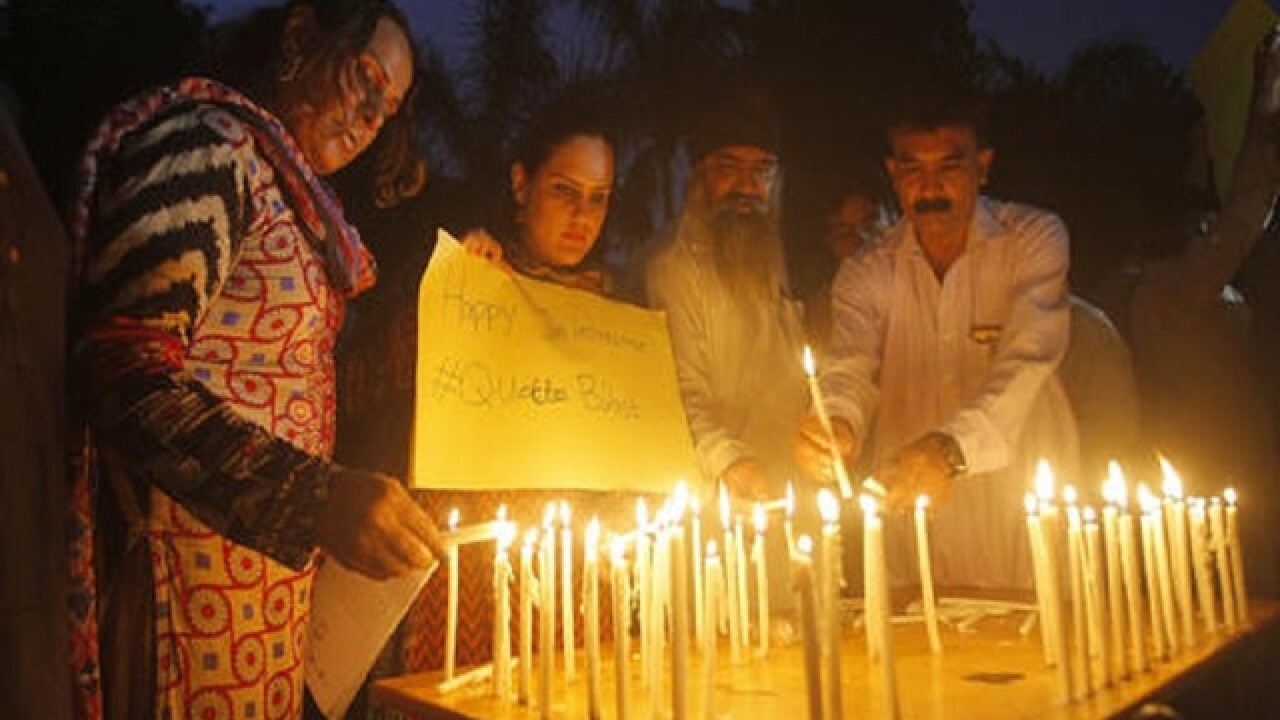 Mohammad Sajjad
<p>Pakistani civil society activists light candles Peshawar, Pakistan to pay tribute to the victims of a bombing in Quetta, Monday, Aug. 8, 2016. The bomber killed dozens of people and wounded many others in an attack that struck a gathering of Pakistani lawyers on the grounds of a government-run hospital in the southwestern city of Quetta on Monday, police and doctors said. (AP Photo/Mohammad Sajjad)</p>

QUETTA, Pakistan (AP) — Pakistani lawyers are mourning colleagues slain in a shocking suicide bombing the previous day in the southwestern city of Quetta that killed 70 people, mostly lawyers.
Senior attorney Mohammad Ashraf said on Tuesday that lawyers will also stage rallies across Pakistan to condemn the assault.
Monday's attack came as lawyers had gathered at a Quetta hospital after the body of a prominent colleague — Bilal Kasi, the president of the province's bar association — was brought there. He had been gunned down just hours earlier.
The Pakistani bar association has called for a boycott of the courts in protest over the attack.
Schools and markets are also closed in Quetta in protest over the attack, which was claimed by a breakaway faction of the Pakistani Taliban, the Jamaat-ul-Ahrar militant group.
Copyright 2016 The Associated Press. All rights reserved. This material may not be published, broadcast, rewritten or redistributed.