Olympic flag arrives in Tokyo in preparation for next Summer Games 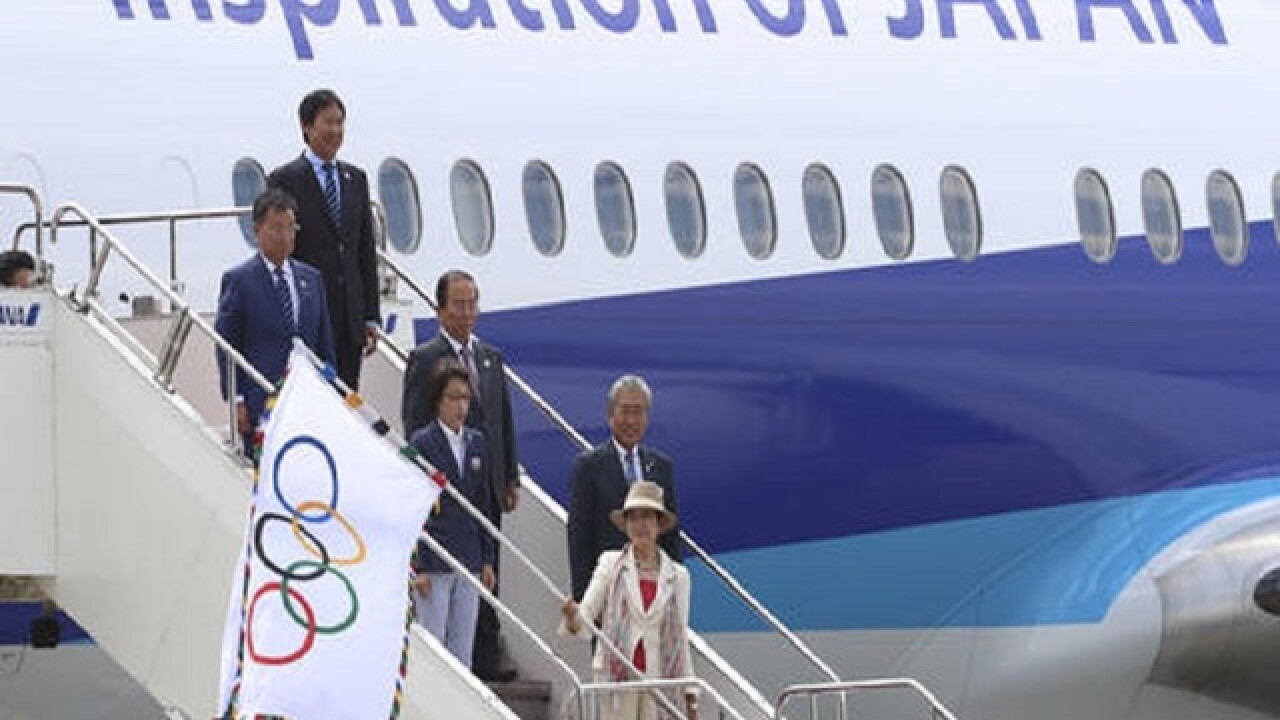 By: Associated Press
Posted at 1:38 AM, Aug 24, 2016
TOKYO (AP) — The Olympic flag has arrived in Tokyo, host of the next Summer Games.
Tokyo Gov. Yuriko Koike held the flag aloft as she got off an All Nippon Airways plane and walked down a stairway to the tarmac at Tokyo's Haneda airport Wednesday.
Koike received the flag at Sunday's closing ceremonies of the Rio Games from Rio Mayor Eduardo Paes and International Olympic Committee President Thomas Bach.
Preparations are underway for the 2020 Olympics in Tokyo. Construction of the main stadium is slated to start toward the end of this year. Japan's capital also hosted the Olympics in 1964.
Koike is a newly elected governor of Tokyo who has pledged to examine the spiraling costs to avoid saddling taxpayers with debt and building white elephants.
Copyright 2016 The Associated Press. All rights reserved. This material may not be published, broadcast, rewritten or redistributed.