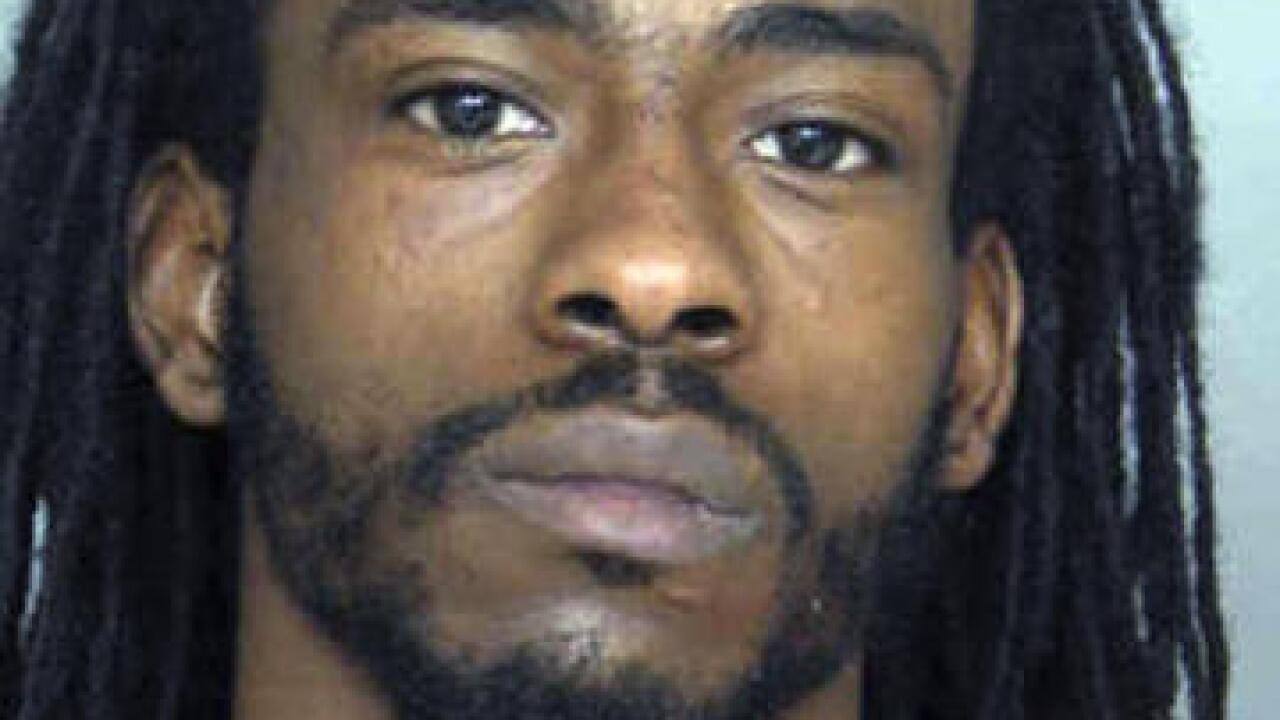 Copyright Associated Press
<p>This April 19, 2016, photo provided by the Black Hawk County Sheriff's Office in Waterloo, Iowa, shows Montavis Keller. Police video obtained by The Associated Press on Aug. 30, 2016, shows a police officer yanking on Keller's dreadlocks and hitting him on the back of the head after Keller led officers on a dangerous high-speed chase in Waterloo. (Black Hawk County Sheriff's Office via AP)</p>

WATERLOO, Iowa (AP) — An angry white officer repeatedly yanked on the dreadlocks of a handcuffed black man who was arrested after a dangerous high-speed chase in Iowa, then hit him twice on the back of the head, as seen in video obtained this week by The Associated Press.

Officer Adam Wittmayer was disciplined after an internal investigation into the April 19 incident. A state prosecutor declined to seek criminal charges against the officer, concluding that jurors would understand why he was mad at 24-year-old Montavis Keller, whose car nearly hit Wittmayer near the end of the chase.

The video shows the officer briefly assaulting Keller and berating him.

Waterloo Police Chief Daniel Trelka said details of the discipline are confidential under Iowa law, but he described the punishment as "significant."

Keller's attorney, Tom Frerichs, referred the video to the FBI this week and asked for an inquiry. He said the officer crossed the line by trying to punish Keller himself and criticized the department's decision not to fire Wittmayer.

"I can't think of any other job in which an employee is allowed to repeatedly hit another person, pull out some of their hair and still keep their job," Frerichs said.

Waterloo has the highest percentage of black residents of any city in Iowa but a nearly all-white police department, which has suffered a string of costly missteps involving force and lack of professionalism. The city has approved settlements with black residents worth at least $2.7 million this year.

Racist remarks by officers have also come to light, including comments that may have contributed to an acquittal in a murder case last month. The police chief confirmed Thursday that another officer was recently disciplined for using a racial slur during a June 10 interaction with a black male.

The afternoon chase started when another officer spotted Keller speeding and weaving and sought to pull him over. Keller sped away. Several patrol cars joined the chase as the suspect reached up to 90 mph.

Wittmayer eventually put down tire-puncturing sticks to disable Keller's vehicle, which veered around a school bus and then toward the officer, "who had to run to get out of harm's way," according to a criminal complaint. The car then crashed into a house where the occupants were not injured but had to evacuate due to a suspected gas line rupture.

Patrol car video shows Keller complying with demands to get on the ground and showing no resistance as he is pinned down by three officers and handcuffed.

Wittmayer then comes running into the frame calling Keller a "freaking idiot." He kneels down, grabs Keller's dreadlocks, yanks on his hair multiple times and calls him a "moron" and other expletives. He appears to hit the suspect with his hand twice on the back of the head and continues calling him names.

Wittmayer and another officer then throw Keller into a police car.

In May, Black Hawk County Attorney Brian Williams asked the Iowa attorney general's office to review Wittmayer's actions after discovering the footage on video captured by sheriff's deputies, according to an email obtained by the AP under the open records law.

"I am not prejudging anything, but I do believe it needs an independent review," Williams wrote to Assistant Attorney General Scott D. Brown.

In a June 17 letter, Brown said that he believed no criminal charges were sustainable against Wittmayer, saying the officer was "understandably agitated." Wittmayer could be charged with simple misdemeanor assault, but jurors would learn of all the circumstances that led to the encounter, Brown wrote.

"Based upon this fact and my review of the entire matter, the likelihood of a Black Hawk County jury convicting Officer Wittmayer is minimal if not completely non-existent," he wrote, adding that the contact happened quickly, "appears slight" and did not hurt Keller.

Keller, who has no prior criminal record, is charged with four felonies, including attempting to assault a police officer, eluding police and possessing 42.5 grams of marijuana with intent to deliver. He is scheduled to stand trial later this month.

Frerichs provided the AP with the video after the sheriff's office rejected an open-records request for the footage, citing the pending charges. The release of the video surprised the Waterloo chief.

"I certainly agree that it should ultimately be made available due to transparency and public interest," Trelka said. "However, this is currently a pending case."