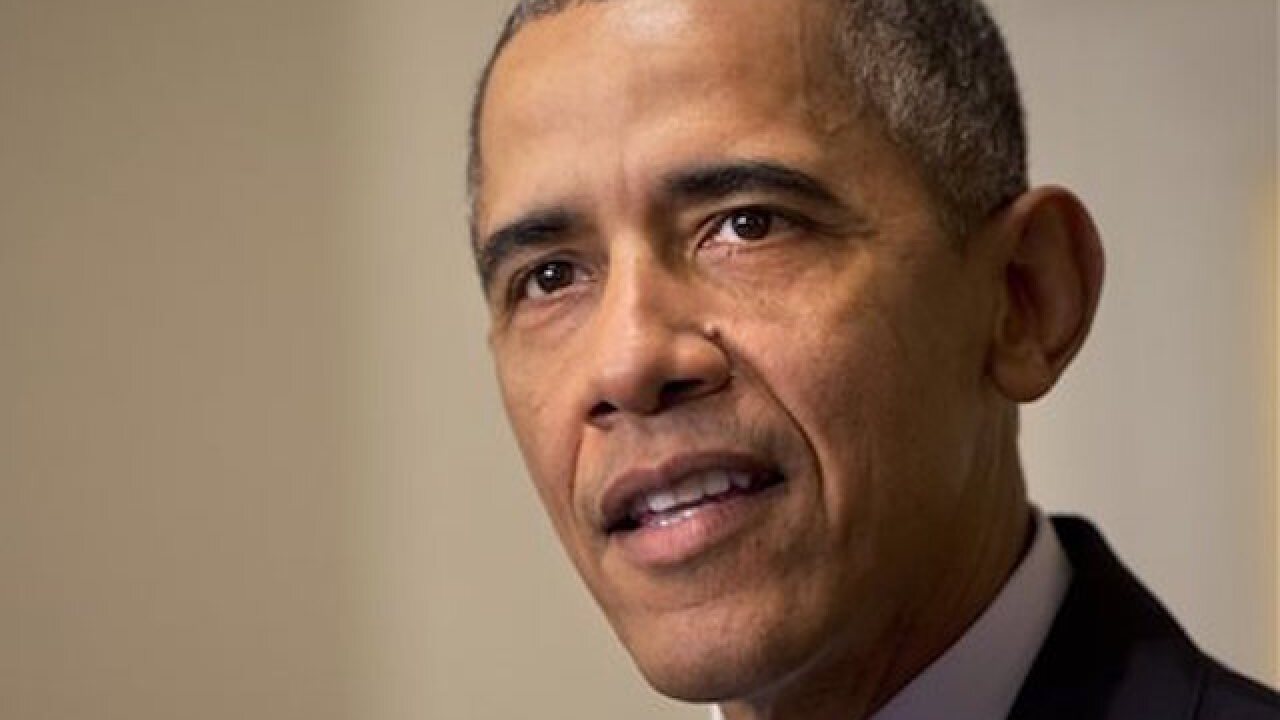 Copyright Associated Press
Jacquelyn Martin
<p>In this Saturday, Dec. 12, 2015 file photo, US President Barack Obama speaks about the Paris climate agreement from the Cabinet Room of the White House in Washington. About 160 countries are expected to sign the Paris Agreement on climate change Friday, April 22, 2016, in a symbolic triumph for a landmark deal that once seemed unlikely but now appears on track to enter into force years ahead of schedule. The U.S. and China, which together account for nearly 40 percent of global emissions, have said they intend to formally join the agreement this year. (AP Photo/Jacquelyn Martin)</p>

LONDON (AP) — It's springtime in London, but President Barack Obama might sense a chill in the air.

The U.S. leader will be welcomed by British Prime Minister David Cameron and wined and dined by the royal family on a three-day visit to the U.K. that starts late Thursday.

But Britain's looming June 23 referendum about whether to stay in the 28-nation European Union has strained the "special relationship," with several senior U.K. politicians bluntly telling the president to butt out of Britain's debate. They have branded Obama "anti-British" and "unsuccessful" and accused him of meddling for suggesting that the U.S. would be happier if Britain stayed in the bloc.

The White House says Obama is willing to speak out on the subject.

"If he's asked his view as a friend, he will offer it," U.S. Deputy National Security Adviser Ben Rhodes said, adding that the American stance was clear. "As the president has said, we support a strong United Kingdom in the European Union."

Obama's agenda before he leaves for Germany on Sunday includes talks with Cameron on the global economy, on countering an increasingly assertive Russia and on the fight against the Islamic State group.

The president's British stopover — one of a series of international visits during his last year in office — will also include a lunch with Queen Elizabeth II at Windsor Castle on Friday — a day after her 90th birthday — and a dinner hosted by Prince William, his wife Kate and Prince Harry at the younger royals' Kensington Palace home.

But for the British media, the visit will be dominated by the debate over an possible EU exit, dubbed "Brexit."

Cameron, who is meeting Obama for talks Friday at 10 Downing St., is eager for the president's intervention. Cameron is leading the campaign to stay in the EU, but faces opposition from within his own Conservative government and widespread skepticism among voters about the benefits of membership in the bureaucratic Brussels-based behemoth that is the EU.

Backers of the Leave side have lined up to accuse Obama of interfering.

Nigel Farage, leader of the anti-immigrant U.K. Independence Party, called Obama "the most anti-British American president there has ever been." Conservative lawmaker Jacob Rees-Mogg said Britons would not "want to be told what to do by a rather unsuccessful American president who has had one of the least successful foreign policies in modern history."

Even London's Conservative mayor, Boris Johnson — born in New York and resolutely pro-American — has accused Obama of hypocrisy for urging Britain to give up some of its sovereignty to a powerful multinational body.

"I just think it's paradoxical that the United States, which wouldn't dream of allowing the slightest infringement of its own sovereignty, should be lecturing other countries about the need to enmesh themselves ever deeper in a federal superstate," Johnson said Tuesday.

Cameron said Wednesday that British voters will make the final decision about the country's future — but "listening to what our friends say in the world is not a bad idea."

"I struggle to find the leader of any friendly country that thinks we should leave," he said.

Tim Oliver, an expert in trans-Atlantic relations at the London School of Economics, says Obama is in a no-win situation.

Obama is not the only American offering his opinion. Eight former U.S. Treasury chiefs said Wednesday in a letter to the Times of London that Brexit could diminish Britain's influence and threaten London's "global primacy" as a financial center.

Oliver said many American politicians, policymakers and diplomats regarded the EU referendum as "a bit of an unwanted headache" and believed a Brexit would weaken Britain on the world stage.