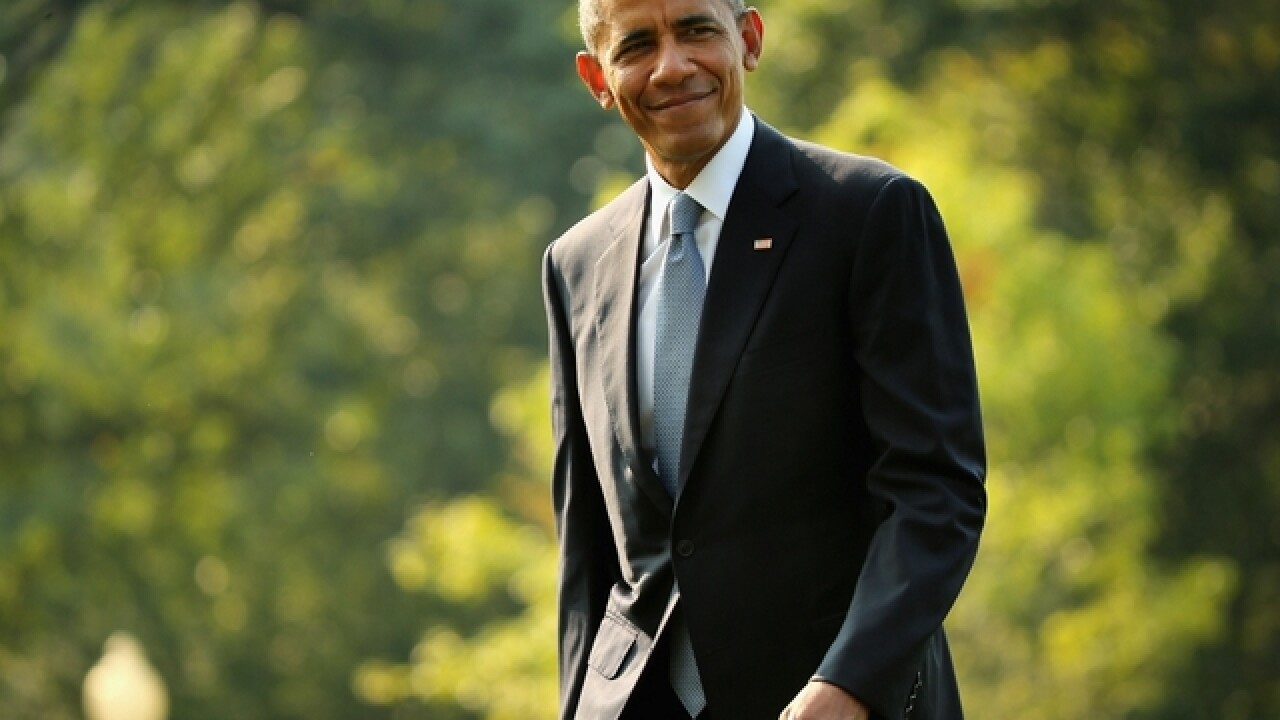 WASHINGTON (AP) — President Barack Obama cut short on Tuesday the sentences of 111 federal inmates in another round of commutations for those convicted of nonviolent drug offenses.

Obama has long called for phasing out strict sentences for drug convictions, arguing they lead to excessive punishment and incarceration rates unseen in other developed countries.

White House Counsel Neil Eggleston said the commutations underscored the president's commitment to using his clemency authority to give deserving individuals a second chance. He said that Obama has granted a total of 673 commutations, more than the previous 10 presidents combined. More than a third of the recipients were serving life sentences.

"We must remember that these are individuals — sons, daughters, parents, and in many cases, grandparents — who have taken steps toward rehabilitation and who have earned their second chance," Eggleston said. "They are individuals who received unduly harsh sentences under outdated laws for committing largely nonviolent drug crimes."

Eggleston noted that Obama also granted commutation to 214 federal inmates earlier in the month. With Tuesday's additions, Obama has granted the greatest number of commutations for a single month of any president.

Eggleston says he expects Obama to continue using his clemency authority through the end of his administration. He said the relief points to the need for Congress to take up criminal justice reform. Such legislation has stalled, undercut by a rash of summer shootings involving police and the pressure of election-year politics.

Two goals of the legislation are to reduce overcrowding in the nation's prisons and save taxpayer dollars. In 1980, the federal prison population was less than 25,000. Today, it is more than 200,000.

But the legislation's supporters have encountered opposition from some Republicans who argue that changes could lead to an increase in crime and pose a greater danger to law enforcement.

Eggleston said Obama considered the individual merits of each application to determine that an applicant is ready to make use of their second chance.

One of those granted relief was Tim Tyler, who at 25 was sentenced to life in federal prison for selling LSD while traveling the country following the Grateful Dead. The sentence now will expire on August 30, 2018, conditioned upon enrollment in residential drug treatment. Families Against Mandatory Minimums, an advocacy group, said it had been working on the Tyler family's behalf.

"Mandatory sentences, and especially mandatory life sentences for nonviolent offenses, should be abandoned once and for all," said Julie Stewart, the group's president. "We applaud the president for using the clemency power to free people who fully expected to die in prison and for shining a light on the excesses of federal drug sentencing."

The release dates for the inmates vary. For most, Obama commuted their sentences to end on December 28.

To find out more about the 111 prisoners, visit the White House web page.