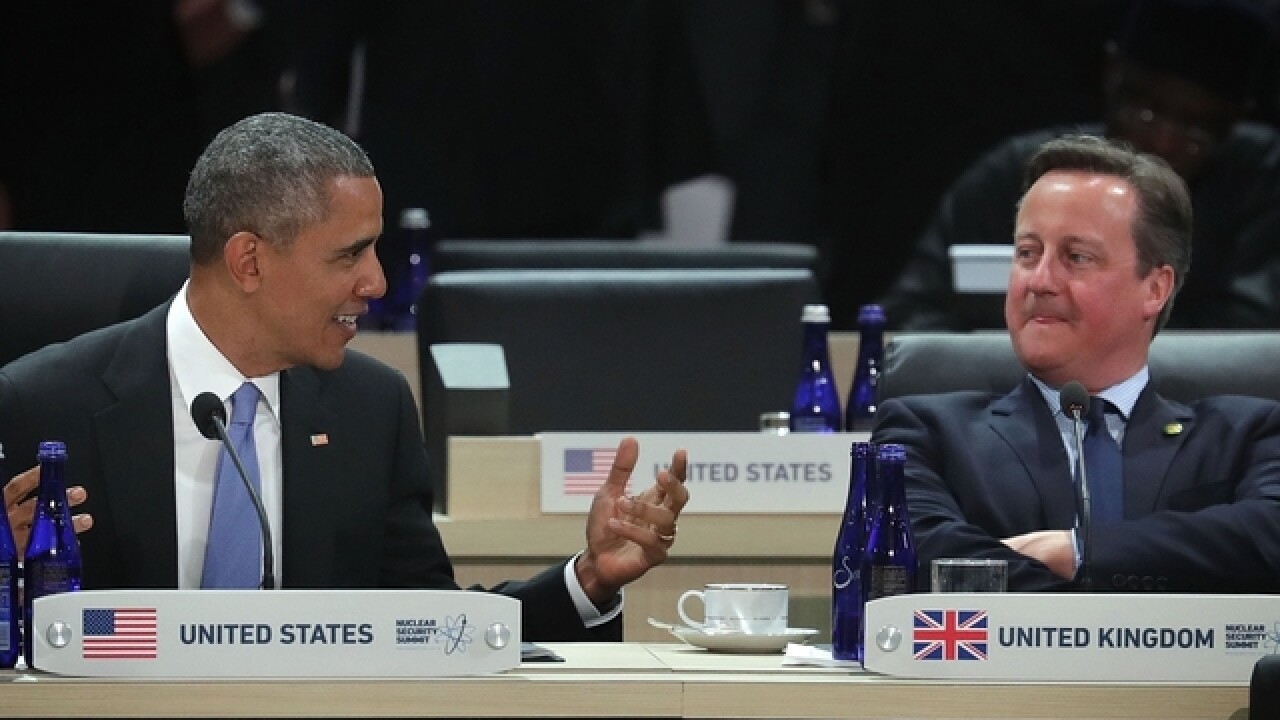 BERLIN (AP) — When President Barack Obama opens the world's largest industrial fair in the northern German city of Hannover on Sunday, he'll be leading a delegation of American companies hoping to conquer new markets abroad. He'll also be trying to complete one of his presidency's main pieces of unfinished business — a trans-Atlantic trade pact.

Officials in Washington and Brussels are trying to clinch key parts of the deal before the end of the year, after which a new U.S. president and election campaigns in major European countries could complicate negotiations.

Proponents of the agreement — known as the Trans-Atlantic Trade and Investment Partnership, or TTIP — argue that lowering tariffs and harmonizing rules would give a much-needed boost to businesses at a time of global economic uncertainty. Or as Obama put it when the talks launched three years ago: "New growth and jobs on both sides of the Atlantic."

But this rosy view of TTIP hasn't caught the public's imagination, particularly in Germany.

More than 100,000 people protested in Berlin in November against the proposed pact. On Saturday, police estimated some 35,000 marched against it in Hannover, carrying placards with slogans such as "Yes We Can — Stop TTIP!" Organizers put the turnout at 90,000.

Trade unions, nationalists and green groups have lobbied hard against the deal, claiming that it will drive down wages, erode consumer protection and environmental standards.

The discussions, due to resume on Monday in New York, have come under criticism for the secretive manner in which they've been conducted. National lawmakers are only allowed to view draft documents in special reading rooms and are forbidden from talking about the documents with experts, the media or their constituents.

EU trade chief Cecilia Malmstrom envisages special investment courts that would rule in disputes between governments and companies that feel they face undue legal hurdles to their business.

Critics say such courts could place the interests of corporations above those of democratically elected governments, citing a recent case where tobacco giant Philip Morris sued Uruguay over a law requiring graphic warnings on cigarette packages.

Alfred de Zayas, an American law professor and U.N. human rights expert, argues that such courts are unnecessary in countries that abide by the rule of law, such as the United States or the EU's 28 nations.

Backers of the special courts say they would prevent cases from being heard by American jurors who don't understand the complexities of international trade law, and ensure that U.S. companies don't face discrimination in European countries with high rates of corruption.

Juergen Hardt, a German lawmaker and the government's coordinator for trans-Atlantic cooperation, believes some of those leading the fight against TTIP "have other motivations" beyond trade.

"They also want to incite anti-American feelings," he said.

The EU's executive branch is trying to promote the benefits of a deal. On its website, it suggests that TTIP will boost demand for European delicacies like cheese, hams, wine, olive oil, spirits, and chocolate.

"High tariffs at U.S. customs — up to 30 percent — make some of these hard for Americans to afford — and difficult for European farmers and firms to export," it says.

TTIP's backers hope images of Obama in Europe — where his popularity remains high — will counter those of tens of thousands protesting the deal.

"One of the main misunderstandings is that we'd be doing the Americans a big favor," said Hardt. "As an export nation, where more jobs depend on export than in any other country, Germany has the greatest interest in free trade. So I think the Americans would be doing us more of a favor agreeing to such a pact than the other way around."

In her weekly video message Saturday, Chancellor Angela Merkel said everything has been done to improve the transparency of the negotiations — within reason. And she stated anew that European standards won't be eroded.

"We are not falling behind our standards, but securing those we have in Europe today on the environment and consumer protection," she said.

Yet time may be running out for a deal. A spokesman for Germany's Economy Ministry told The Associated Press that no draft proposals have been exchanged about numerous areas of negotiation. The two sides are also divided about the issue of tariff reductions and the opening up of the markets for services and procurement.

"In order to achieve negotiating success this year, it will be crucial to make significant progress by the summer on technical questions, so that the final negotiations are restricted to a few, politically sensitive areas," said Andreas Audretsch, the ministry spokesman.