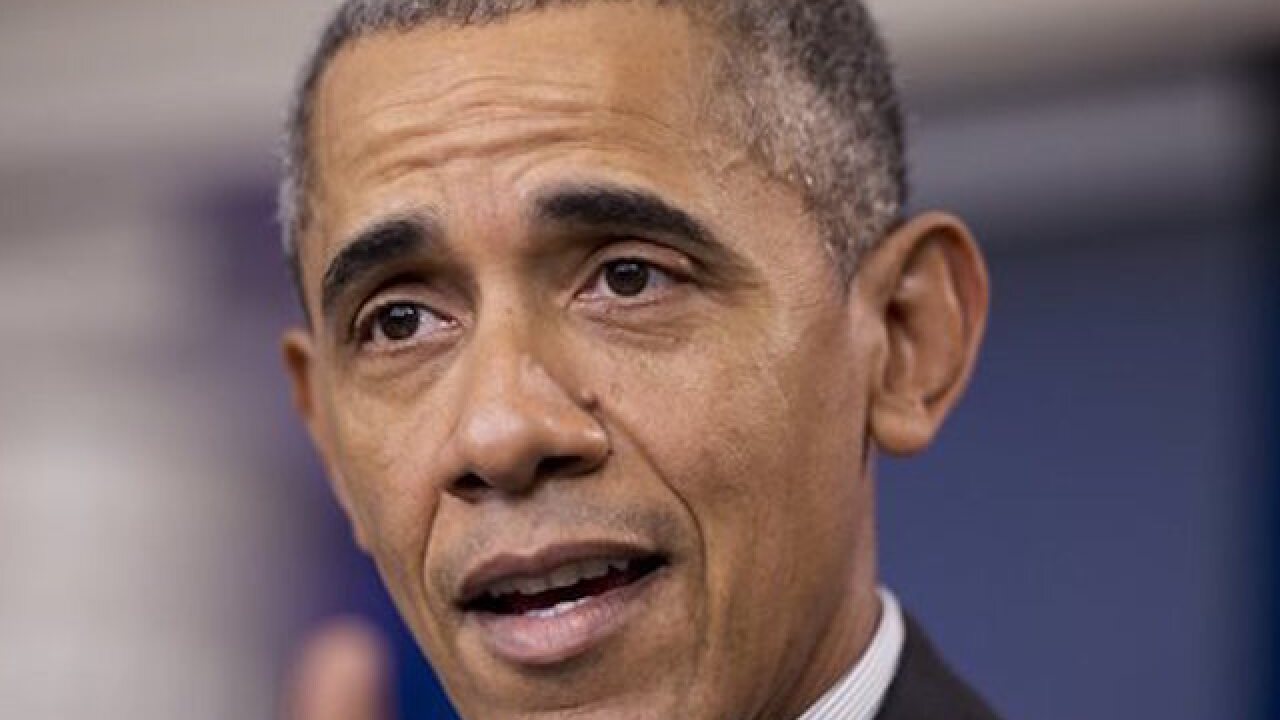 Copyright Associated Press
Manuel Balce Ceneta
<p>In this April 5, 2016, photo, President Barack Obama speaks in the Brady Press Briefing Room at the White House in Washington. The president's trip to the Middle East and Europe may have been planned as the first in a series of farewell visits, but it's shaping up to be a reassurance tour. When Obama lands in Saudi Arabia, Britain and Germany this week, he'll be met by leaders who share worries about the United States' long-term commitment to them and irritation at him describing them as international "free riders." (AP Photo/Manuel Balce Ceneta)</p>

WASHINGTON (AP) — Public schools must permit transgender students to use bathrooms and locker rooms consistent with their gender identity, according to an Obama administration directive issued amid a court fight between the federal government and North Carolina.

The guidance from leaders at the departments of Education and Justice says public schools are obligated to treat their transgender students in a way that matches their gender identity, even if their education records or identity documents indicate a different sex.

"There is no room in our schools for discrimination of any kind, including discrimination against transgender students on the basis of their sex," Attorney General Loretta Lynch said in a statement.

The directive is contained in formal guidance being sent to school districts Friday.

It does not impose any new legal requirements, but federal officials say it's mean to clarify school districts' obligations to educate students in nondiscriminatory environments. Educators have repeatedly sought guidance on how to comply with Title IX, which prohibits sex discrimination in institutions that receive federal funding, Education Secretary John B. King said in a statement.

"We must ensure that our young people know that whoever they are or wherever they come from, they have the opportunity to get a great education in an environment free from discrimination, harassment and violence," King said.

The move was cheered by Human Rights Campaign, a gay, lesbian and transgender civil rights organization, which called the guidelines "groundbreaking."

The guidance comes days after the Justice Department sued North Carolina over a new state law that says transgender people must use public bathrooms, showers and changing rooms that correspond to the sex on their birth certificate. The administration has said the law violates the Civil Rights Act.

North Carolina Gov. Pat McCrory has argued that the state law is a "commonsense privacy policy" and that the Justice Department's position is "baseless and blatant overreach." His administration also filed a lawsuit Monday against the federal government.