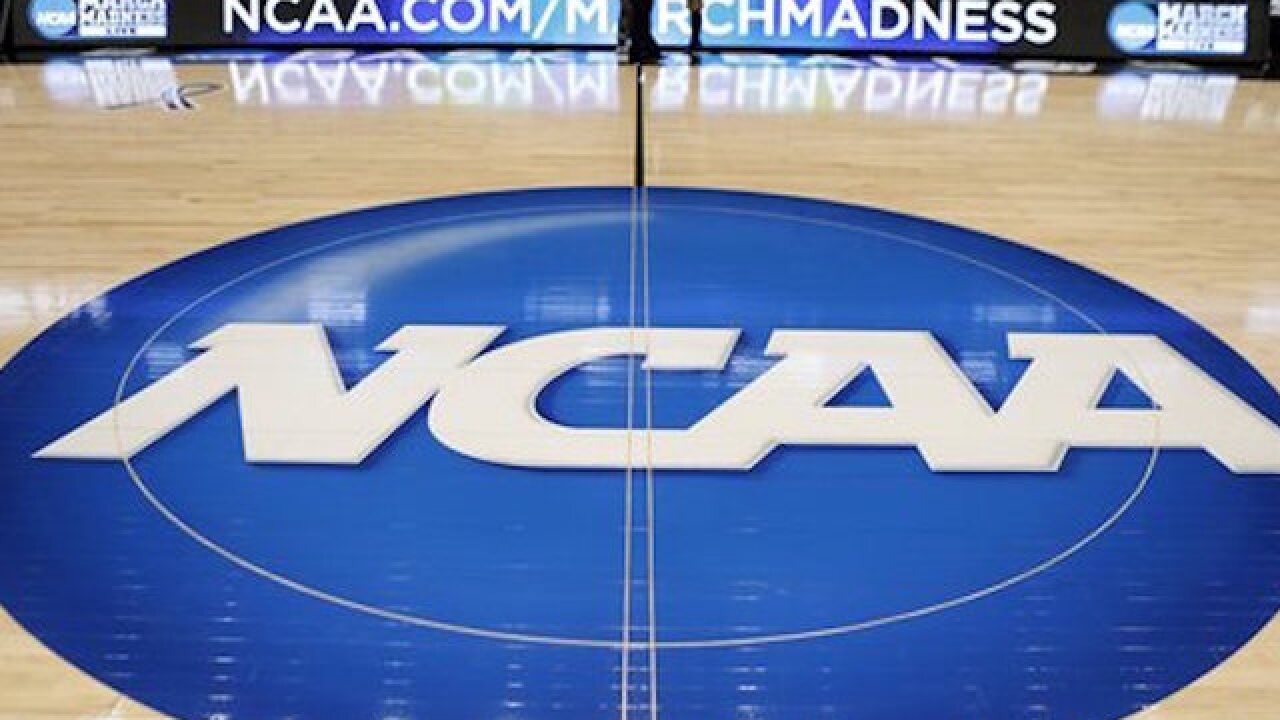 Keith Srakocic
<p>FILE - In this March 18, 2015, file photo, the NCAA logo is at center court as work continues at The Consol Energy Center in Pittsburgh, for the NCAA college basketball second and third round games. A federal judge in Chicago gave preliminary approval Tuesday, Jan. 26, 2016, to a reworked head-injury settlement between thousands of former college athletes and the NCAA that includes a $70 million fund to test for brain trauma. (AP Photo/Keith Srakocic, File)</p>

The NCAA has announced it is relocating a number of athletic events — including NCAA Men’s Basketball Tournament games — out of North Carolina in response of the state’s HB2 “bathroom law.”

According to a statement released by the NCAA, the decision was made by the Association’s Board of Governors over concerns to LGBT rights. The NCAA cited the law numerous times throughout its statement.

“Fairness is about more than the opportunity to participate in college sports, or even compete for championships,” said Mark Emmert, NCAA president. “We believe in providing a safe and respectful environment at our events and are committed to providing the best experience possible for college athletes, fans and everyone taking part in our championships."

Among the affected events are the women’s soccer championship game, which was scheduled to be held in Cary, and first and second round men’s basketball tournament games that were slated to be played in Greensboro.

According to the NCAA, the only championship events that can be hosted in North Carolina are those decided when student-athletes earn the opportunity to play a championship on their own campus.

The NCAA says they will announce new locations for the tournament games “soon.”

The NCAA's decision does not affect the Belk Bowl, a postseason football game scheduled to take place in Charlotte on Dec. 29.

North Carolina’s HB2 law requires that public restrooms require users to use the bathroom based on the gender on their birth certificates, regardless of a person’s sexual orientation. The decision comes a few months after the NBA moved the 2017 All-Star Game out of Charlotte over discrimination concerns.