Silver threatens to move All-Star Game out of NC 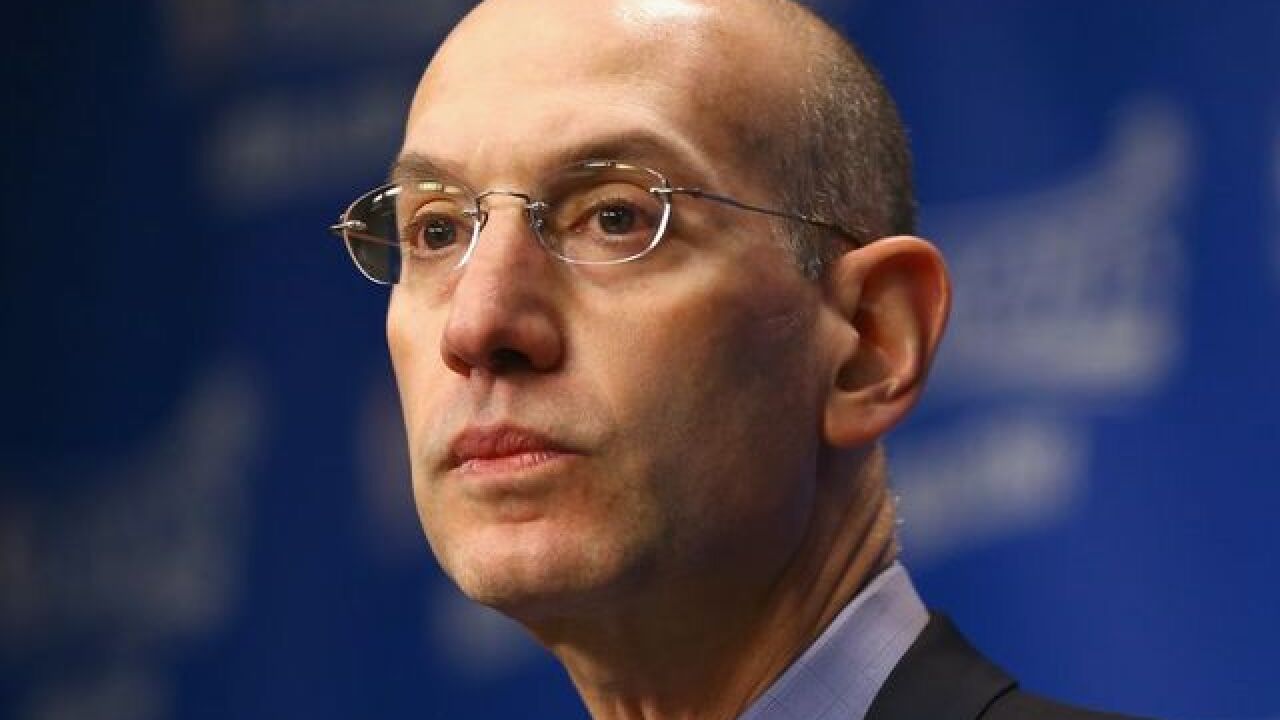 NEW YORK (AP) — NBA Commissioner Adam Silver says he believes the league has made it "crystal clear" that a change in a North Carolina law is necessary to stage the 2017 All-Star Game in Charlotte, though is resisting setting a deadline for a decision.

Silver says Thursday that he has spoken to political and business leaders in North Carolina, who have told the league that if given time, they believe there will be a change in the law that limits anti-discrimination protections for lesbian, gay and transgender people.

Silver tells a meeting of Associated Press Sports Editors that the league doesn't have to decide yet when it would need to make other arrangements, though he says it has a sense which arenas would be able to take on the February weekend if necessary.