Naked Donald Trump statues pop up in US cities 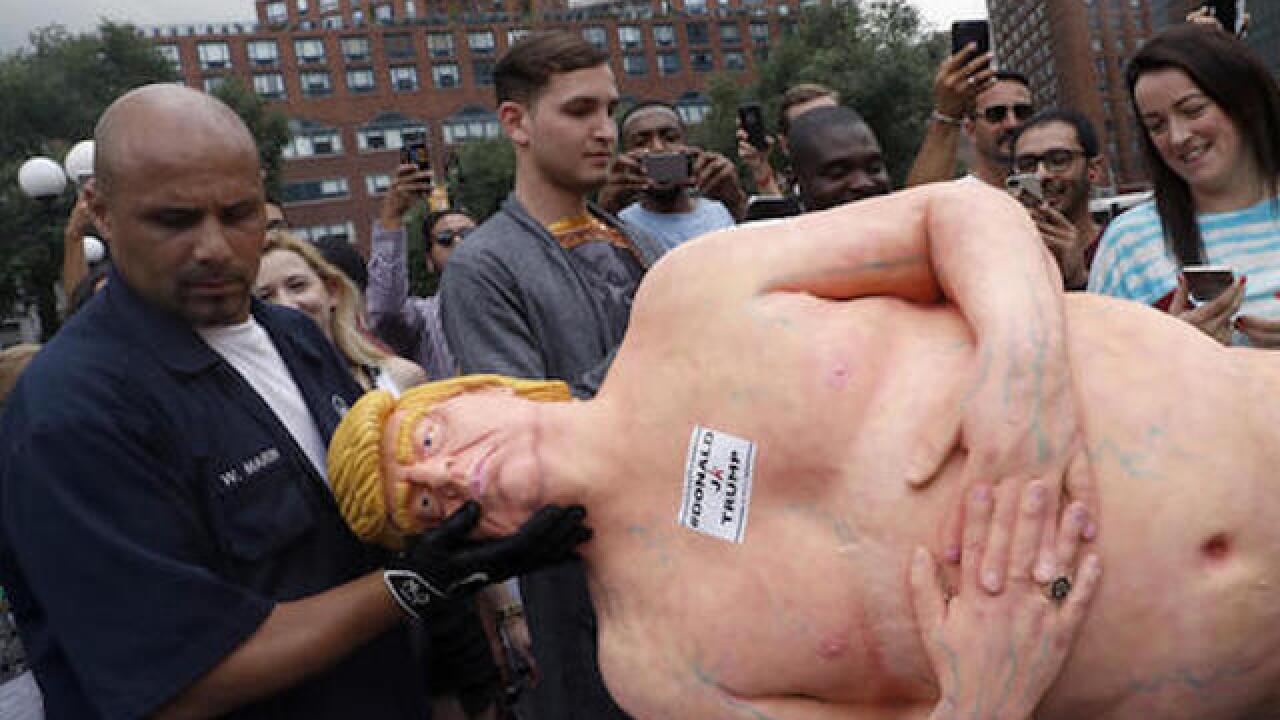 NEW YORK (AP) — It's Donald Trump like you've never seen him before.

Life-size naked statues of the Republican presidential nominee greeted passers-by in New York, San Francisco, Los Angeles, Seattle and Cleveland on Thursday. They are the brainchild of an activist collective called INDECLINE, which has spoken out against Trump before.

In a statement, the collective said the hope is that Trump, the former host of "The Apprentice" reality TV series, "is never installed in the most powerful political and military position in the world."

The statues were created by an artist in Cleveland. They are of a stern-faced Trump with his hands folded over a bulging belly. Some parts of male genitalia are visible while others seemingly are missing.

"It is through these sculptures that we leave behind the physical and metaphorical embodiment of the ghastly soul of one of America's most infamous and reviled politicians," INDECLINE said in its statement.

A statue in New York's Union Square quickly drew the attention of people, many of whom posed for photographs with it, before it was removed by the city's parks department.

A video posted by DNAInfo showed onlookers booing and groaning as workers snapped the statue off its base, leaving the feet behind, and loaded it face-down into the back of a pickup truck. One woman yelled, "Take his nasty feet, too!"

Democratic Mayor Bill de Blasio, when asked about the naked Trump statue, said, "That is a frightening thought. When he's wearing clothes I don't like him."

INDECLINE said statues on the West Coast were still in place.

This wasn't the group's first anti-Trump endeavor. The collective also has spray-painted a U.S.-Mexico border fence in Tijuana, Mexico, with an image of a gagged Trump.

The group's other projects have included putting the names of African-Americans killed by police over the inlaid stars on the Hollywood Walk of Fame and painting the words "This Land Was Our Land" across an unused airstrip in the Mojave Desert.