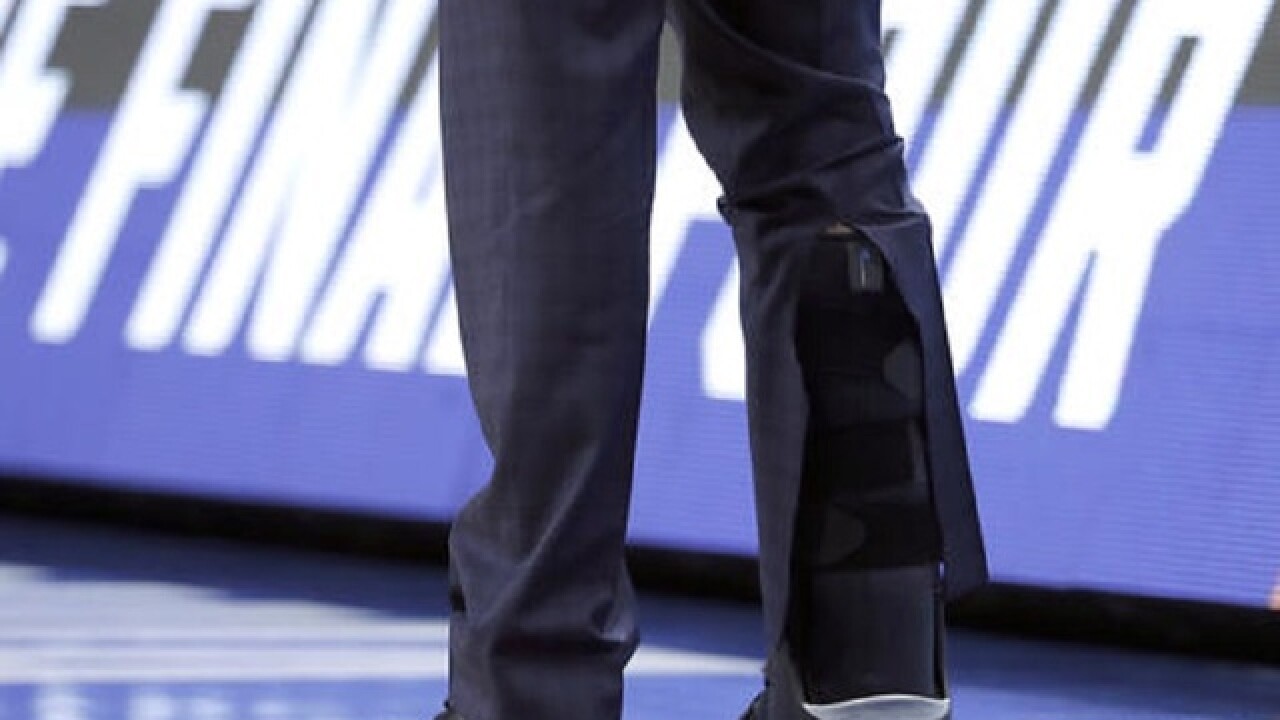 PHILADELPHIA (AP) — Brice Johnson had 25 points and 12 rebounds to lead North Carolina to an 88-74 victory over Notre Dame on Sunday night, leaving the Tar Heels as the only No. 1 seed in the Final Four.
The Tar Heels reached the Final Four for a record 19th time and the first since 2009, when they won the last of their five national championships.
North Carolina (32-6) will face Syracuse, the 10th seed from the Midwest Regional, in another all-Atlantic Coast Conference matchup in the Final Four on Saturday in Houston. The Orange beat top-seeded Virginia 68-62.
The halves were very different. In the first, the teams went shot for shot with both teams shooting over 58 percent and neither leading by more than six points.
The second half was run for run and the Tar Heels, taking control of the boards, had the last and biggest one to seize control over the final 10 minutes.
"They made a great run and we made a great run right back at them," Tar Heels coach Roy Williams said. "These guys were phenomenal. It's a fine feeling right now."
It was Johnson's school-record 23rd double-double of the season.
"It means a lot," Johnson said of the Final Four. "It took us four years to do this, but we're finally there."
Marcus Paige added 13 points and Joel Berry II had 11 points and eight assists for North Carolina, which has won its four tournament games by an average of 15.4 points. The Tar Heels finished with a 32-15 rebound advantage, including 13-5 on the offensive end.
Demetrius Jackson had 26 points and V.J. Beacham had 18 for sixth-seeded Notre Dame (24-12).
"I thought we put ourselves in position," Notre Dame coach Mike Brey said. "You have to give credit to North Carolina. We took that one-point lead and they answered it like men.
"They're really playing well. I think they're playing the best of anyone left. I thought the way they answered that run was championship level," he said.
The teams split their games in the regular season. Notre Dame won 80-76 at home and the Tar Heels prevailed 78-47 in the ACC Tournament semifinals just two weeks ago. Notre Dame has made just one Final Four in 1978.
The second half Sunday seemed like it was going be like the ACC Tournament game in which the Tar Heels used a 24-0 run to take control.
This time, a 12-0 run that gave the Tar Heels a 63-52 lead with 9:19 to play. North Carolina showed its depth in the run with the final eight points coming from reserves Isaiah Hicks and Theo Pinson.
North Carolina opened the second half with an 8-2 run and Kennedy Meeks scoring all the Tar Heels' points down low. Notre Dame answered with 12 straight points. During that run, Johnson was charged with a technical foul for throwing the ball high in the air after he was called for a foul.
But that's when the Tar Heels, with Johnson on the bench, took off.
After an incredible first half in which both teams played about as well as they could offensively, North Carolina led 43-38.
Both teams shot better than 58 percent from the field and from 3-point range. In one stretch, North Carolina went 4 minutes without missing.
It was the third half this tournament that North Carolina shot better than 60 percent — the second half against Providence and the first half against Indiana. It was the eighth time the Tar Heels did it this season.
Tar Heels coach Roy Williams went to a 1-3-1 zone for a while trying to slow down the Fighting Irish from 3-point range. They made five of their first eight from beyond the arc and finished 6 for 10 for the half.
North Carolina was 16 for 25 from the field (64 percent) and 4 from 6 on 3s, while the Fighting Irish were 14 for 24 from the field (58.3 percent).
Associated Press 2016