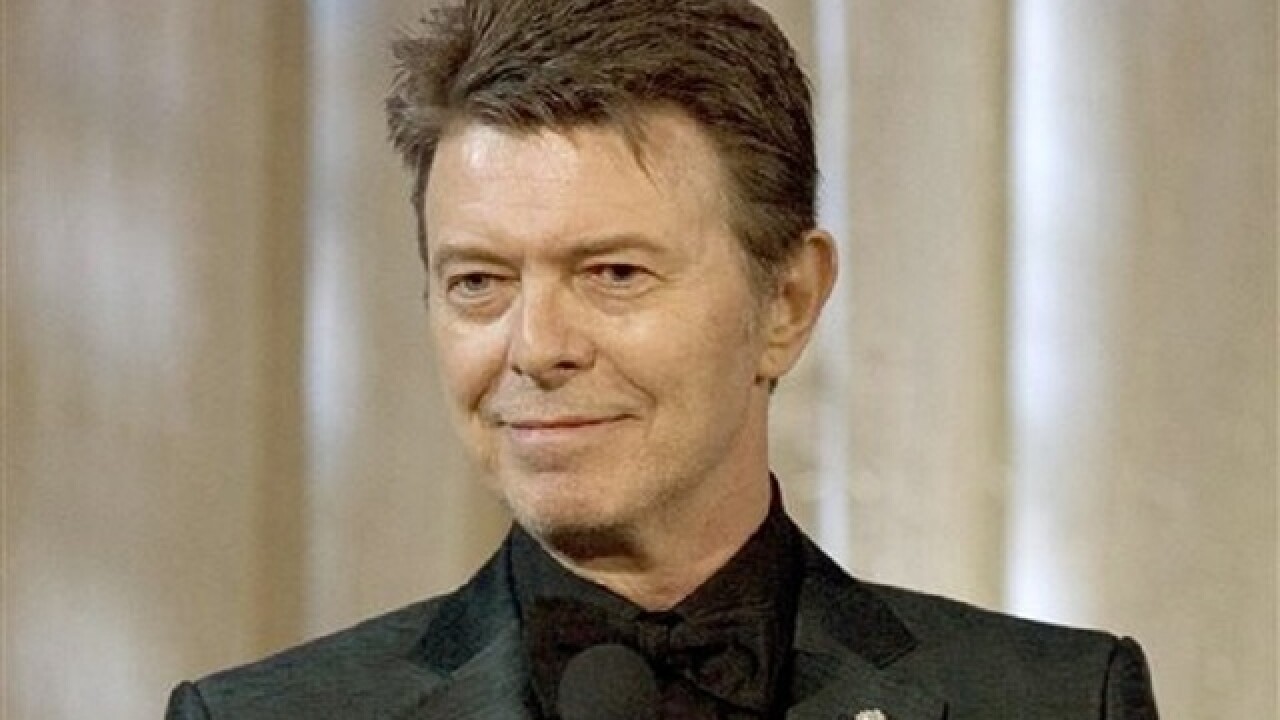 NEW YORK (AP) — A sold-out Carnegie Hall audience joined a children's chorus in a singalong to David Bowie's "Space Oddity" Thursday, a sweet end to a tribute concert that turned into a memorial through some bizarre timing.
Jakob Dylan, Michael Stipe, the Flaming Lips and Heart's Ann Wilson were among the artists who joined Bowie's former collaborator Tony Visconti and other musicians who had performed with the late rock star.
"God bless David Bowie," Dylan said after performing the 1970s anthem "Heroes."
Organizers of an annual benefit for music education that focuses on the work of a particular artist had decided last fall that Bowie would be featured for its 13th year. They publicly announced it in January — just hours before Bowie's family said the rock star had died on Jan. 10.
The concert sold out in two hours, demand so fierce that a second show was added for Friday at Radio City Music Hall.
After Bowie died, so many artists who were invited to perform said they wanted to do it that organizers didn't have enough room and had to turn some away, said Michael Dorf, who produced the show.
"We felt kind of awkward because we are usually so humbly grateful to anyone who wants to participate in this," he said.
For much of the night, an enthusiastic, quick-to-its feet audience tried to will the performers into a better show than they gave. While some of Bowie's best-known work was featured, there was an equal amount of more obscure songs from his career.
Stipe, the former R.E.M. singer who now sports a flowing, grey beard and nose ring, sang a hushed version of "Ashes to Ashes" in duet with Karen Nelson.
Blondie leader Deborah Harry wore a silver hoodie, and brought the crowd to its feet with her take on "Starman." Cyndi Lauper, with cotton candy-pink hair, struggled with the lyrics to "Suffragette City" and Laurie Anderson's "Always Crashing in the Same Car" sounded under-rehearsed.
Wilson got the audience moving with "Let's Dance," while Rickie Lee Jones spoke-sang an acoustic version of "All the Young Dudes."
After a feedback-drenched take on "The Man Who Sold the World," Joseph Arthur unfurled an American flag that had an unprintable message to Donald Trump spray-painted on it.
The Flaming Lips injected a necessary note of weirdness. Singer Wayne Coyne wore a suit of lights and sat atop the shoulders of a bandmate dressed as Chewbaca for "Life on Mars."
A tiff the night before cost the show one of its best-known acts, the Roots. Leader Questlove said the Roots were pulling out, annoyed that the drummer for the band Holy Holy would not share equipment during a rehearsal.
Associated Press 2016