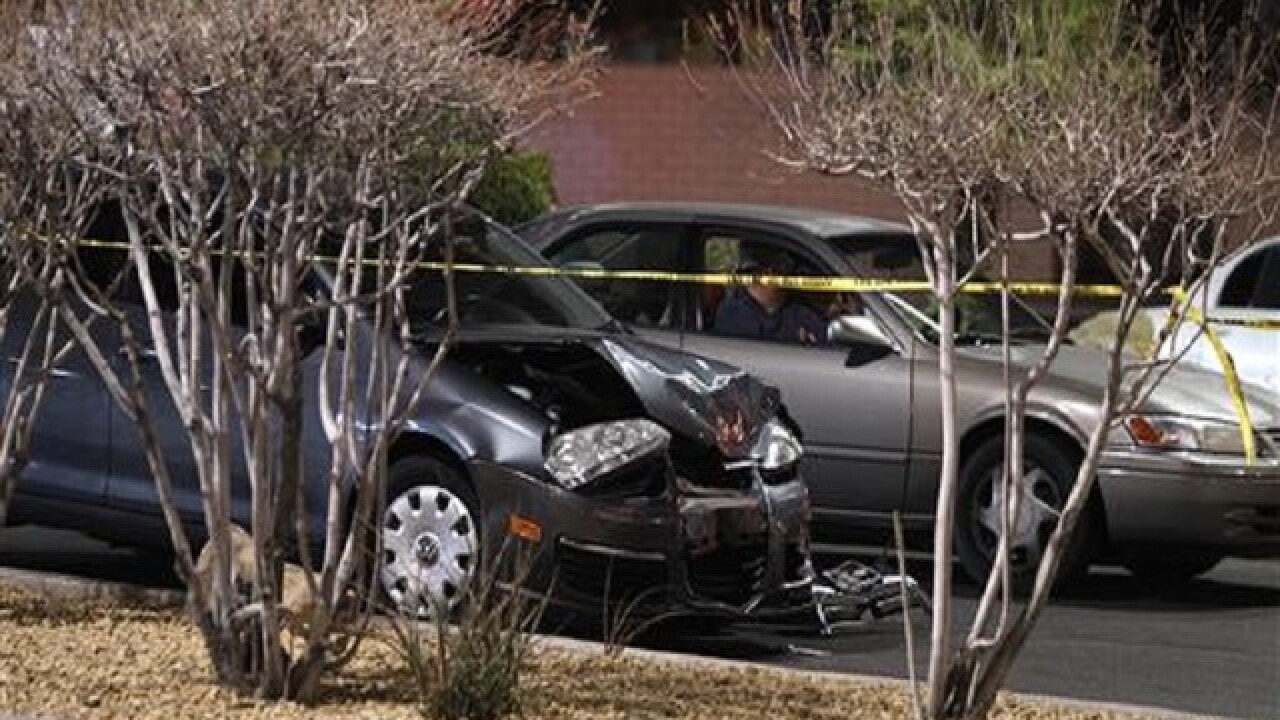 WASHINGTON (AP) — Nearly 8 of every 10 U.S. drivers admit expressing anger, aggression or road rage at least once in the previous year, according to a survey released Thursday by the AAA Foundation for Traffic Safety. The behavior could include following too closely, yelling at another driver, cutting them off or making angry gestures.
While that's dangerous enough, an estimated 8 million drivers engaged in more extreme behavior on streets and roads that might be considered "road rage," including bumping or ramming a vehicle on purpose or getting out of their cars to confront another driver, the foundation said.
No surprise to sociologists, the most aggressive and aggrieved drivers are young men ages 19 to 39. Male drivers were three times more likely than females to have gotten out of a car to confront another driver or rammed another vehicle on purpose.
"Far too many drivers are losing themselves in the heat of the moment and lashing out in ways that could turn deadly," Jurek Grabowski, the foundation's research director, warned.
The foundation's findings are based on a nationally representative online survey of 2,705 licensed drivers who had driven at least once in the previous 30 days. The survey was conducted in 2014, but its results are just now being released.
Research indicates aggressive driving contributes substantially to fatal crashes and appears to be increasing, the foundation said in a report based on the survey.
Nearly 9 in 10 drivers saw aggressive driving as "a serious threat to their personal safety," the foundation said. And more than half of drivers perceived road rage as a bigger problem than in a survey three years earlier.
The most common behavior, reported by roughly half of all drivers, was purposely tailgating another vehicle. That translates to about 104 million drivers when spread over the national population of motorists. Nearly half of drivers reported yelling at another driver and honking their horn "to show annoyance or anger." About a third of drivers indicated they'd made angry gestures at another driver.
Gesturing, honking and yelling at other drivers were significantly more prevalent in the Northeast. For example, Northeastern drivers were 30 percent more likely to say they'd made an angry gesture at another motorist. Other types of aggressive behavior didn't vary much by region.
About 1 in 4 drivers said they had purposely tried to block another driver from changing lanes, and nearly 12 percent reported they had cut off another vehicle on purpose.
Drivers who reported other unsafe behavior like speeding and running red lights were also more likely to show aggression. For example, drivers who reported speeding on a freeway in the previous month were also four times more likely to have cut off another vehicle in traffic.
The National Highway Traffic Safety Administration estimates that about two-thirds of crash deaths involve aggressive driving. The agency recently reported that traffic deaths surged last year to 35,200 as drivers racked up more miles behind the wheel than ever before.
Jake Nelson, AAA's director of traffic safety advocacy, urged motorists to "maintain a cool head and focus on reaching your destination safely."
"Don't risk escalating a frustrating situation, because you never know what the other driver might do," he said.
Copyright 2016 The Associated Press. All rights reserved. This material may not be published, broadcast, rewritten or redistributed.