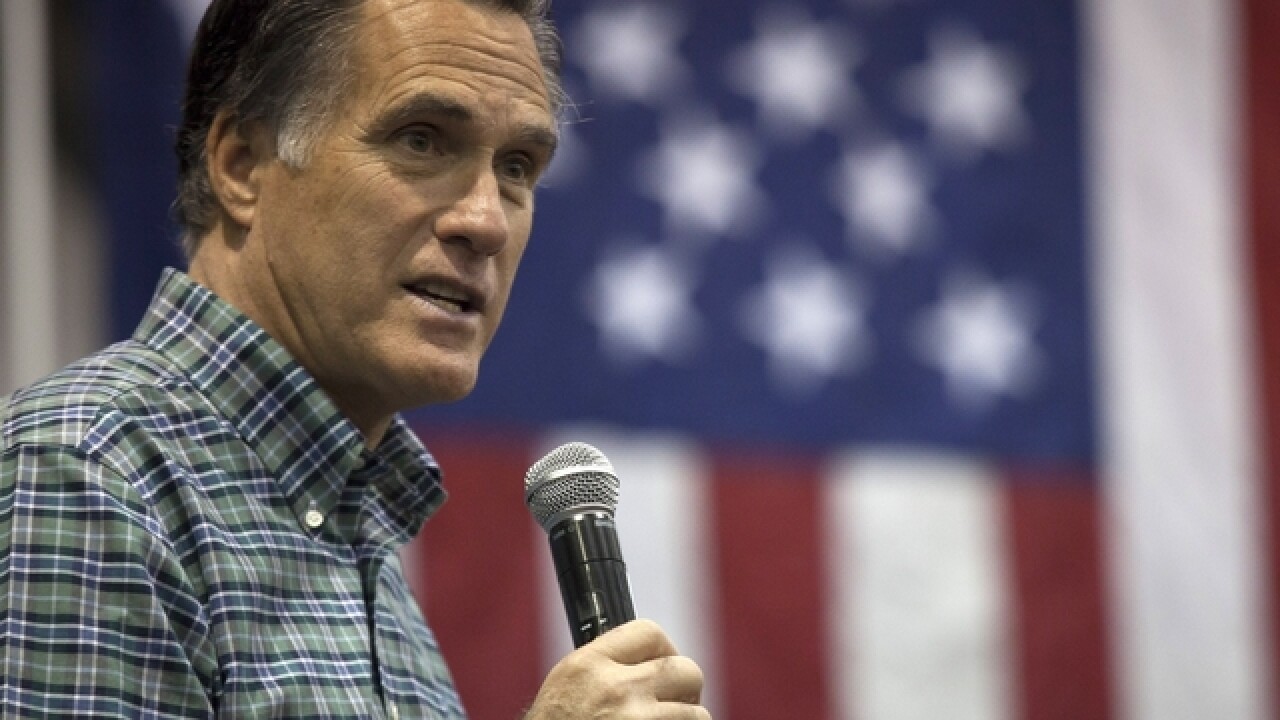 Wow, Mitt Romney, tell the world how you really feel.

In an interview on journalist David Gregory’s podcast, Romney let loose on Hillary Clinton and Donald Trump, among other topics.

The former Massachusetts governor and 2012 Republican presidential nominee also said he expects Trump to take the 2016 GOP nomination if opponents Ted Cruz and John Kasich continue to “divide the vote.”

Romney said Trump’s wealth and real-estate holdings may give him an advantage in pursuading undecided delegates to join his cause at the Republican National Convention in July.

“My guess is that some delegates might like to get to fly around on Air Trump or perhaps get a membership to [Trump’s luxury estate] Mar-a-Lago,” Romney said.

The interview was the second episode of Gregory’s “The David Gregory Show” podcast. The former “Meet the Press” moderator and current CNN political commentator debuted the series earlier this month.

In the interview, Romney also talked about his faith, his 2012 election bid and his father’s 1968 presidential run.

Listen to the full interview below.

Editorial note: “The David Gregory Show” is produced by Earwolf, which is owned The E.W. Scripps Company. Scripps also owns this website.