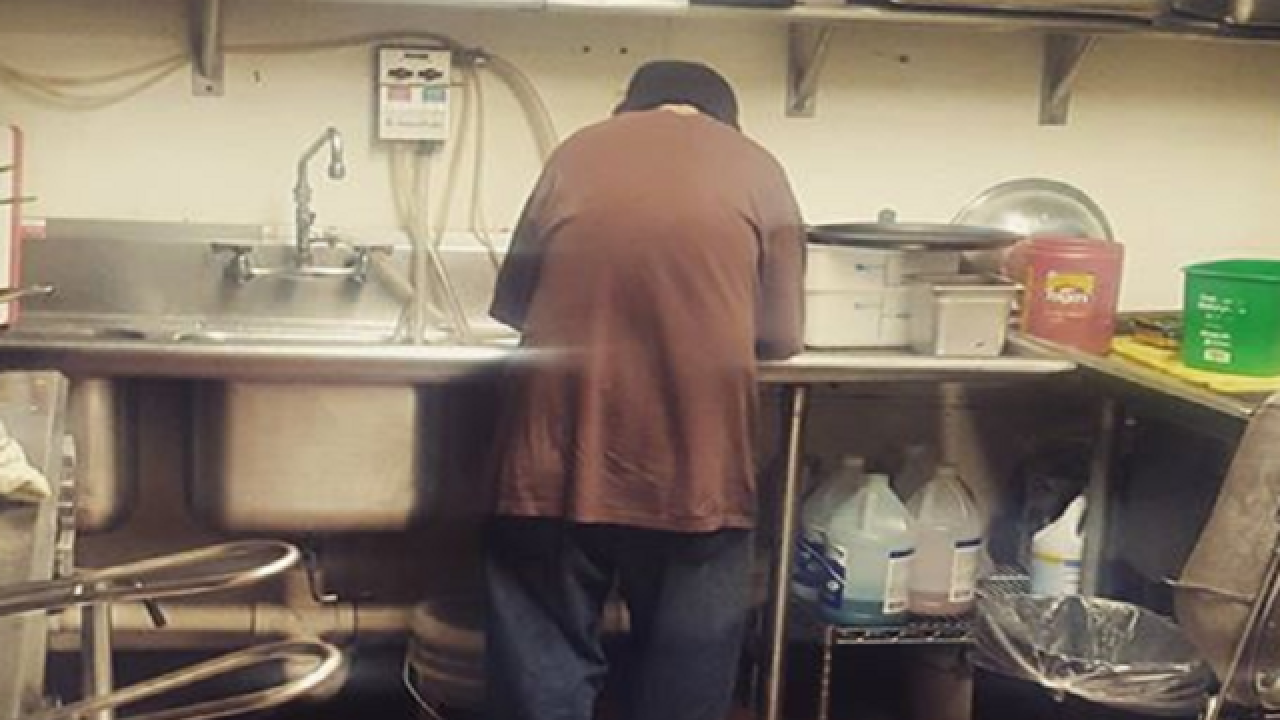 A Minneapolis café is making headlines after the shop’s owner hired a homeless man who simply asked for some money.
Ces Abi, the owner of Abi’s Café, told her story Friday on Facebook. Her post, which comes with a heartwarming photo, has since been shared more than 44,000 times.

He came in to the cafe one day asking me for some $$. I looked at him and asked him "why don't you have a job, you know...

It started when a homeless man asked Abi for money, the café owner explained, to which she responded, “Why don’t you have a job, you know nothing is given to me for free right?”
The man explained that he wanted to find work, but has been unsuccessful due to his history – he has felonies on his criminal record, “so now I had to turn myself to the streets and get money the only way I know, stealing and asking for money,” he said.
That’s when Abi did him one better, offering him a job at the café.
“His eyes opened wide and his smile made my day,” she explained. “He said, ‘I’ll do anything for some food.’”
The man has now been working for almost two weeks, washing dishes and taking out the trash. And he’s adapting to the lifestyle of earning money quite well.
Abi bragged of her new employee, “Once I pay him, guess what he does? He buys food from my restaurant (HE DECIDES TO PAY) because it makes him feel good.”
She said the man receives a discount on his food.
Abi came out of the situation with not just a hardworking new employee, but a new perspective and message to pass on.
She wrote, “Do something nice for someone today and don’t judge them just because they out there asking for money for we don’t know their situation.”
Scripps Only Content 2016