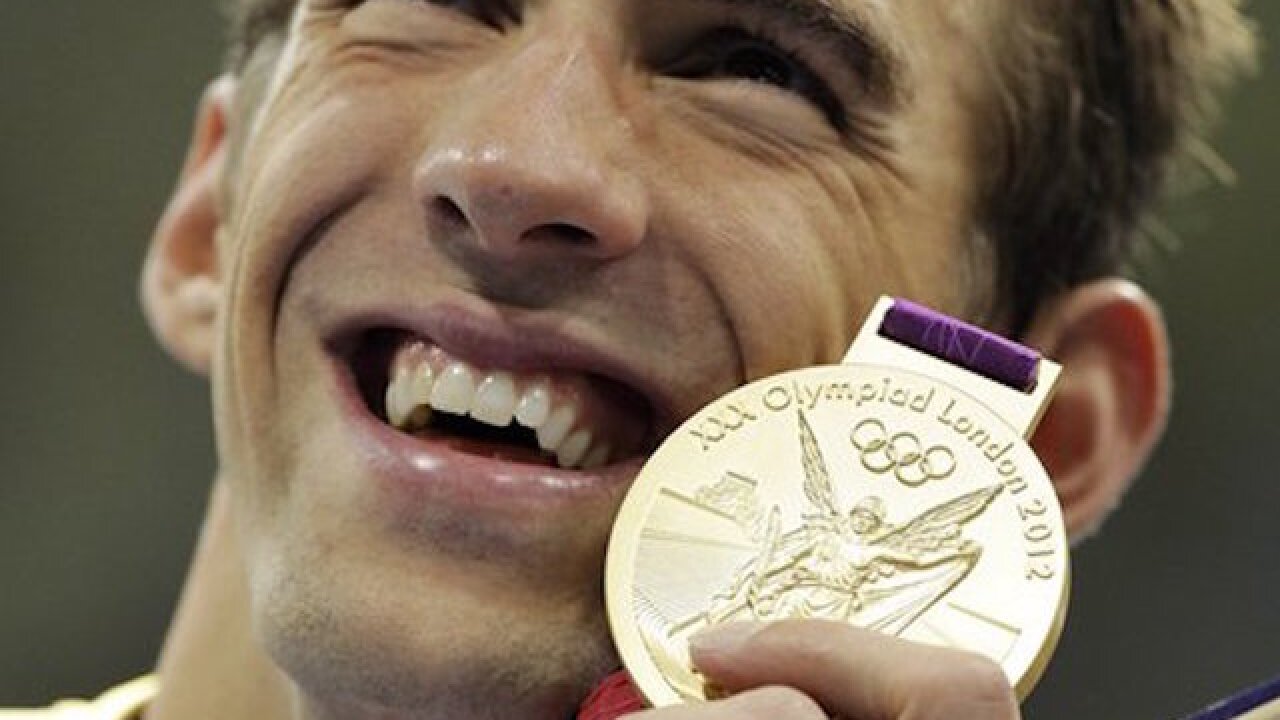 Matt Slocum
<p>FILE - In this July 31, 2012 file photo, United States' Michael Phelps poses with his gold medal for the men's 4x200-meter freestyle relay swimming final at the Aquatics Centre in the Olympic Park during the 2012 Summer Olympics in London. If the Rio de Janeiro Olympics were held today, the United States would win the most medals and the most gold medals. And American swimmer Michael Phelps would collect five more gold medals and a bronze, bringing his overall total to 28 with a career gold-medal haul to 23. (AP Photo/Matt Slocum, File)</p>

Michael Phelps is a first-time father.

The 18-time Olympic gold medalist and fiancee Nicole Johnson welcomed Boomer Robert Phelps on Thursday night in Arizona, where Phelps has been training in preparation for the Rio Olympics.

"Healthy and happy!!! Best feeling I have ever felt in my life!!!" Phelps posted on Instagram on Saturday in announcing his son's name and arrival date and time. A black-and-white photo showed a shirtless Phelps cradling his son and planting a kiss on his head while Johnson looked on from her hospital bed.

Phelps' longtime coach, Bob Bowman, confirmed that the baby's middle name is in his honor, calling it "a big surprise" in a text to The Associated Press.

Phelps had been training at high altitude in Colorado and left the Olympic Training Center in Colorado Springs to return to Johnson's side.

Last month at a meet in Mesa, Arizona, Phelps said the couple had already selected the baby's name, although he didn't reveal it then.

"It's something we both agreed on, thought it was different," he said.

Asked what type of parent he would be, Phelps said, "I'll probably be very protective. That's how I am."

Phelps credited Johnson for being "nothing but one of the best supporters I could ask for."

At the Mesa meet, Phelps talked with Dana Vollmer, who is attempting to make another Olympic team after giving birth to her son 13 months ago.