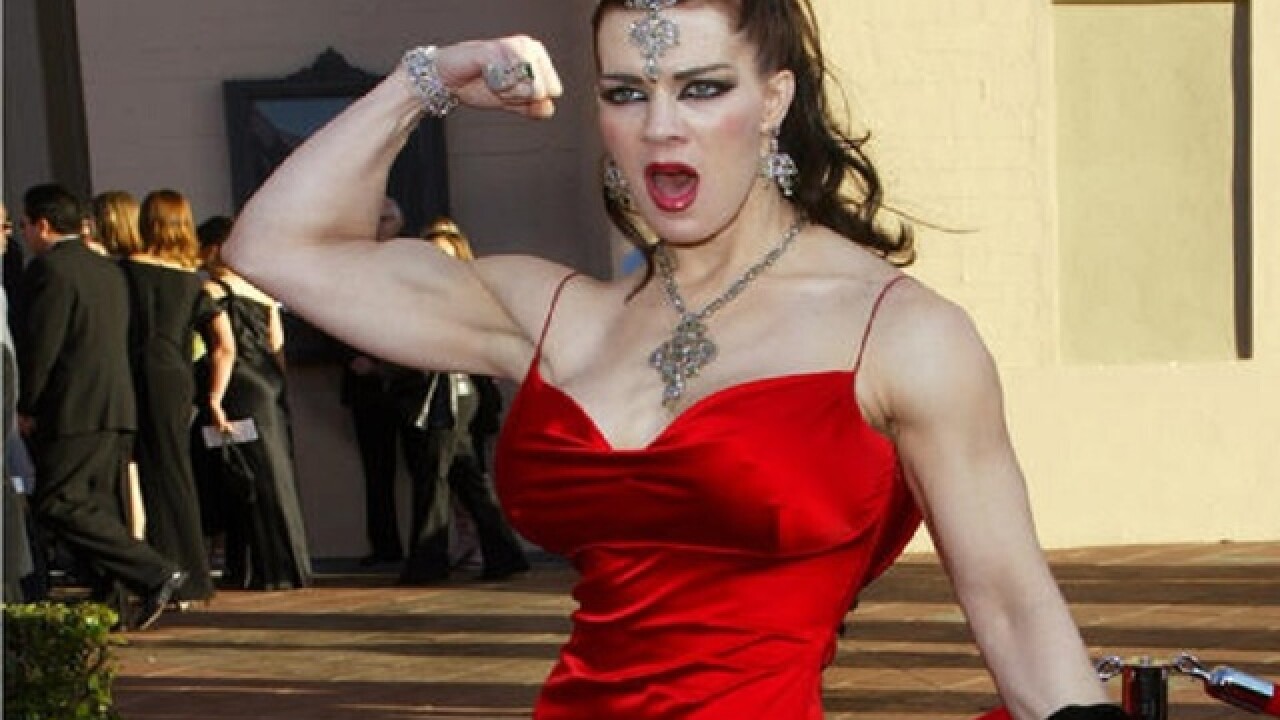 Kevork Djansezian
<p>FILE - In this Nov. 16, 2003, file photo, Joanie Laurer, former pro wrestler known as Chyna, flexes her bicep as she arrives at the 31st annual American Music Awards, in Los Angeles. Chyna's manager, Anthony Anzaldo, says he believes the former wrestling star died of an accidental overdose of a prescription sleeping pill and a tranquilizer. Anzaldo found the body of the 46-year-old in bed at her Redondo Beach home on April 20, 2016. (AP Photo/Kevork Djansezian, File)</p>

REDONDO BEACH, Calif. (AP) — Former wrestling star Chyna died of an accidental overdose of a prescription sleeping pill and a tranquilizer, her manager said Wednesday.
"It's a 98 percent certainty and 2 percent speculation," Anthony Anzaldo said.
Anzaldo, who lived nearby, discovered the 46-year-old ex-WWE star dead on April 20 in her bed at her Redondo Beach home. He believes she may have died two or three days earlier.
Chyna, whose birth name was Joan Marie Laurer, was a lifelong insomniac who had prescriptions for Ambien and a generic version of the anti-anxiety drug Valium, Anzaldo said.
Days before she was found dead, Chyna appeared rambling and disjointed as she wandered around her apartment wearing headphones and a feather in her hair in a 13-minute video she posted online.
Chyna has acknowledged struggling with addiction in the past. Anzaldo said she had been known to binge drink but had not had a drink for several weeks, and there was no alcohol in her home at the time of her death.
Anzaldo said he suspects that Chyna had been "self-medicating a little bit more than she should have" because she had begun seeing a psychiatrist for the first time, was attending a women's domestic violence group and had visited the grave of her estranged father.
She was trying to deal with issues of abandonment and violence from previous relationships, Anzaldo said.
"A lot was going on in her life emotionally. But she wasn't depressed; it was just a lot to deal with," he said.
The drugs may have clouded her memory so that she took more than she realized, Anzaldo said.
"She accidentally, over the course of two or three weeks, misused her legally prescribed medication," Anzaldo said. "They're not going to find, like, 60 pills in her stomach."
Anzaldo, who was making a documentary with and about Chyna, said he was concerned and was in the process of trying to get Chyna free rehabilitation by making her a subject on A&E's celebrity addiction reality series, "Intervention."
"This would have been the quickest possible way" to arrange for rehab, he said.
No cause of death has been released by the Los Angeles County coroner's office because results of toxicology tests are pending.
The death initially was reported as a possible overdose with prescription drugs, "but we don't know," coroner's Assistant Chief Ed Winter said.
Anzaldo said that with the consent of Chyna's mother, he donated her brain to Dr. Bennet Omalu, a forensic pathologist who has investigated possible links between the brain injury, chronic traumatic encephalopathy, and concussions in athletes. He was portrayed by Will Smith in the recent film "Concussion."
However, Anzaldo said he doesn't believe that Chyna had the injury. "It wasn't what cost her life," he said.
Associated Press 2016