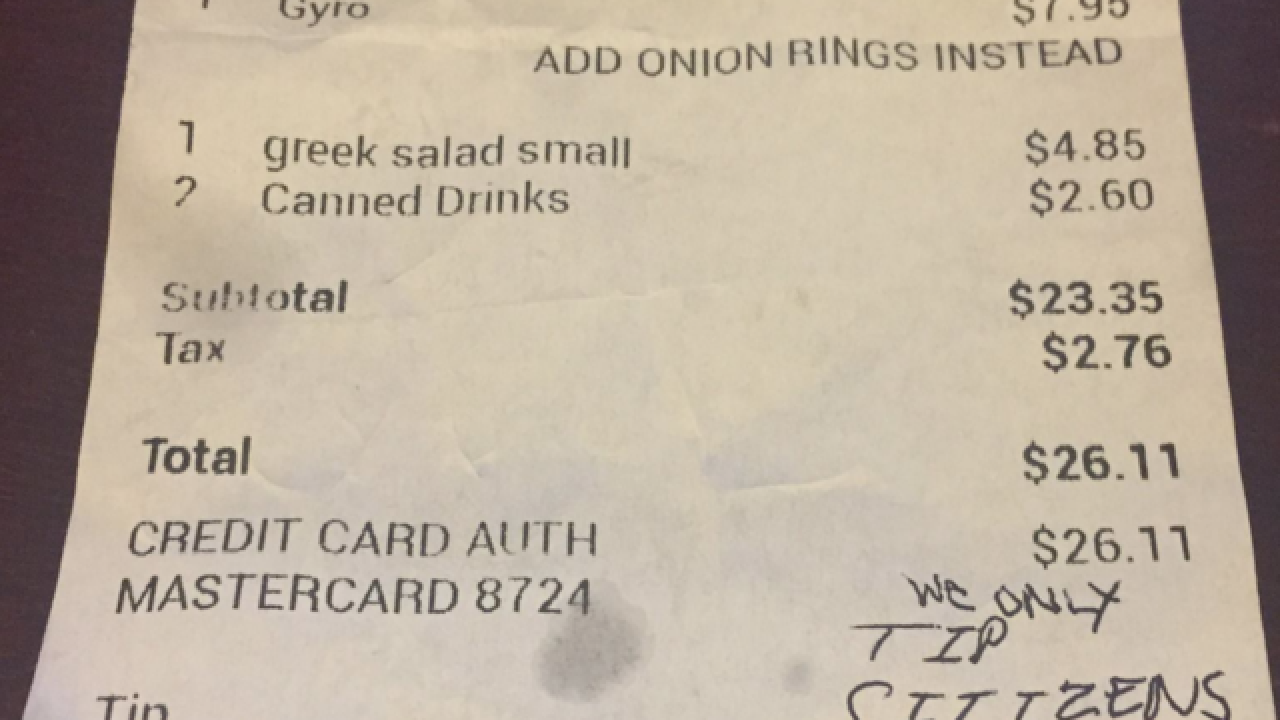 On the tip line of the receipt for the patron's two meals, the customer marked, "We only tip citizens." Sadie Elledge was born in the United States, but has Honduran and Mexican heritage.

John Elledge posted a photo of the receipt on Facebook and left this message: "I'd happily do the jail time if I could get just one solid punch in to the face of the son of a ----- who paid for his meal at the luncheonette where my granddaughter works and left the receipt for her with a note saying, 'Sorry, we only tip citizens,'" he wrote.

According to WHSV-TV, the incident was captured on surveillance footage at Jess' Lunch restaurant.

"They wouldn't talk to me. They would just nod their heads," Sadie Elledge told WHSV-TV. "It shouldn't even matter, I just feel like it's rude and disrespectful. I've never met, I've never done anything to them."

The restaurant's owner said the customers are not invited back.

"Coward is the word to describe what they did. I have worse words to use," restaurant owner Angeliki Floros told WHSV. "But let's go with coward. I would like for them to not come here unless they regret what they did."