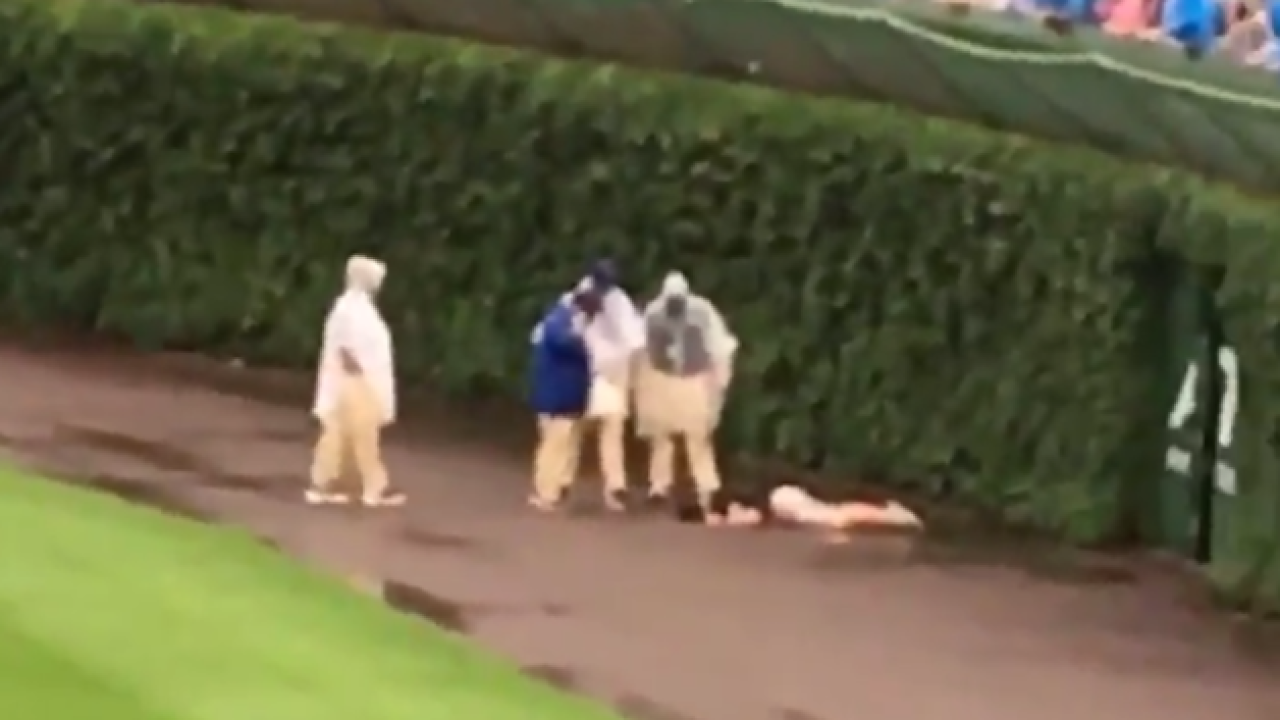 According to multiple reports on social media, a man fell over the outfield railing out of the bleachers of Wrigley Field onto the stadium's warning track Thursday evening, causing the man to be transported for treatment.

The fall took place before the Chicago Cubs were to start a home game against the Atlanta Braves. The man lied motionless on the field for several minutes before stadium responders arrived.

Several players and coaches checked on the man as authorities turned the man over to his back.

The Cubs have not released the identity or condition of the man.