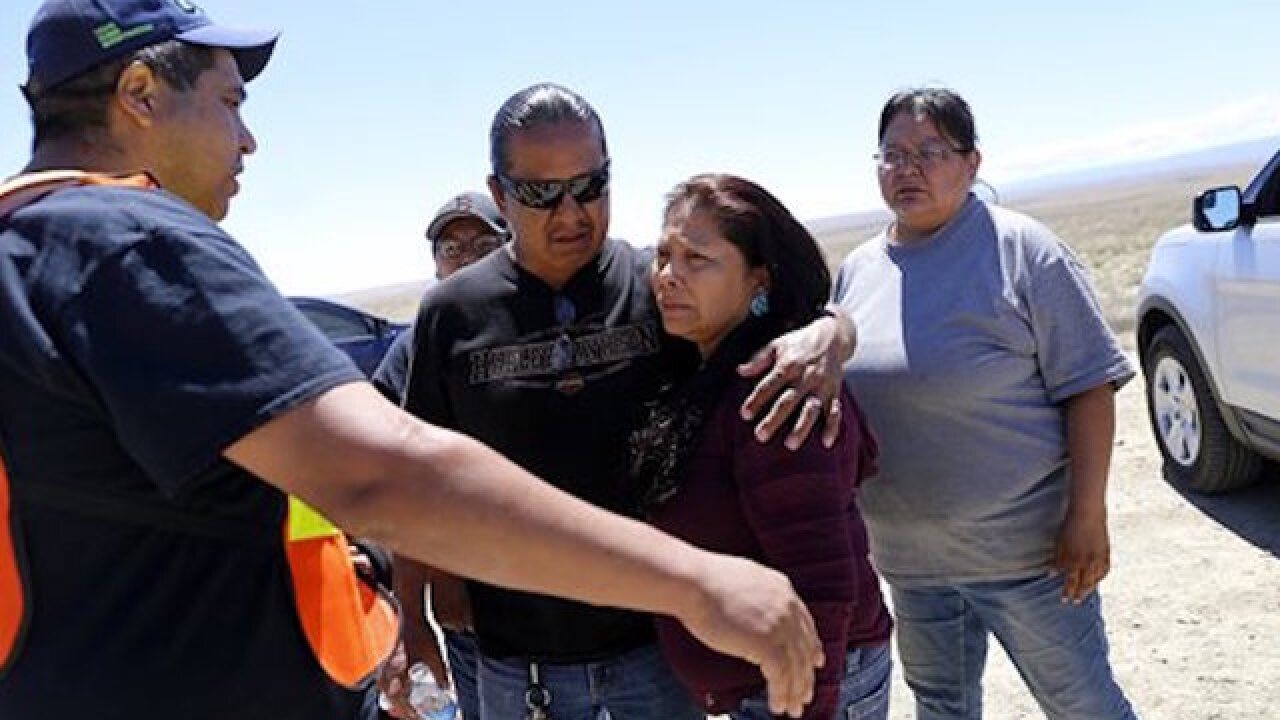 Jon Austria
<p>Family and friends gather along Navajo Route 13 south of Shiprock, N.M., Tuesday, May 3, 2016, just a few miles from where Ashlynne Mike's body was discovered. Authorities are poring over parts of the Navajo Nation in search of the man who snatched Ian and Ashlynne Mike and killed Ashlynne. Tips are flooding in from across the reservation that spans parts of New Mexico, Arizona and Utah as well as the close-knit tribal community where Ashlynne lived. (Jon Austria/The Daily Times via AP) MANDATORY CREDIT</p>

Authorities have arrested a 27-year-old man in the abduction and death of an 11-year-old Navajo girl in northwestern New Mexico.

The agency says that Begaye was arrested in connection with the abduction and death of Ashlynne Mike.

Begaye is scheduled to appear before U.S. Magistrate Judge B. Paul Briones in Farmington on Wednesday.

Authorities say Ashlynee was lured into a maroon van Monday after school, and her younger brother went along.

The boy was found later Monday after running to a local highway, and a frantic search for Ashlynne ensured. Her body was found Tuesday in a remote area south of the Shiprock monument.