Newborn rescued after being buried alive 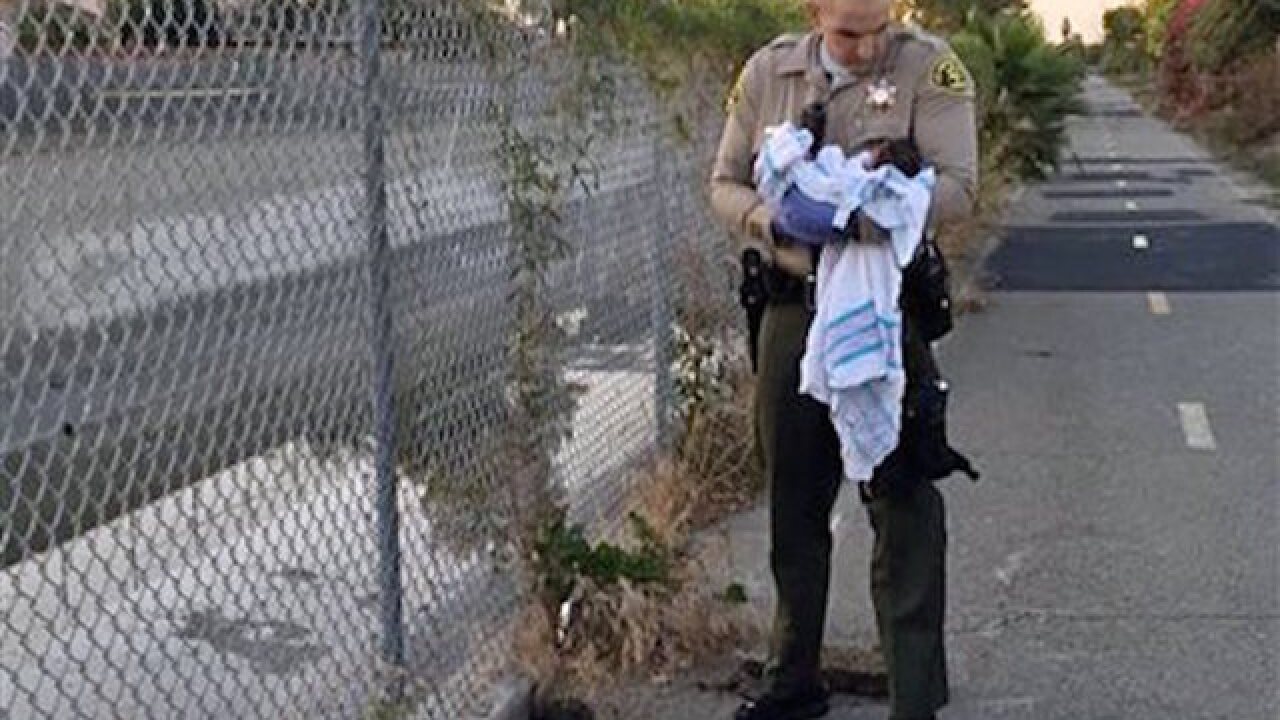 <p>This Friday, Nov. 27, 2015 photo, provided by the Los Angeles County Sheriff's Department shows an unidentified deputy holding an infant girl where she was found abandoned under asphalt and rubble, left, near a bike path in Compton, Calif., as they seek the public's help in identifying her. The baby girl, who was wrapped in a blanket, was believed to be only less than a week old when two deputies found her Friday afternoon. She was taken to a hospital, where she is listed in stable condition. (Los Angeles County Sheriff's Department via AP)</p>

LOS ANGELES (AP) — A Los Angeles County sheriff's deputy who dug a newborn girl out of a hole where she was buried alive says he believes the infant had "a touch of God that day" to survive.

Deputy Adam Collette described for reporters Monday how he kneeled on asphalt near a bike path last week and heard the muffled cries of the child.

Collette, a father of two young daughters, says he knew from the sound that the baby was hungry and cold.

The deputy says that when he removed asphalt and rubble covering the child and held her, he could see the relief in her face.

Doctors say the baby might have died within hours, but she's now stable and healthy at a hospital. Officials are asking the unknown mother to come forward.