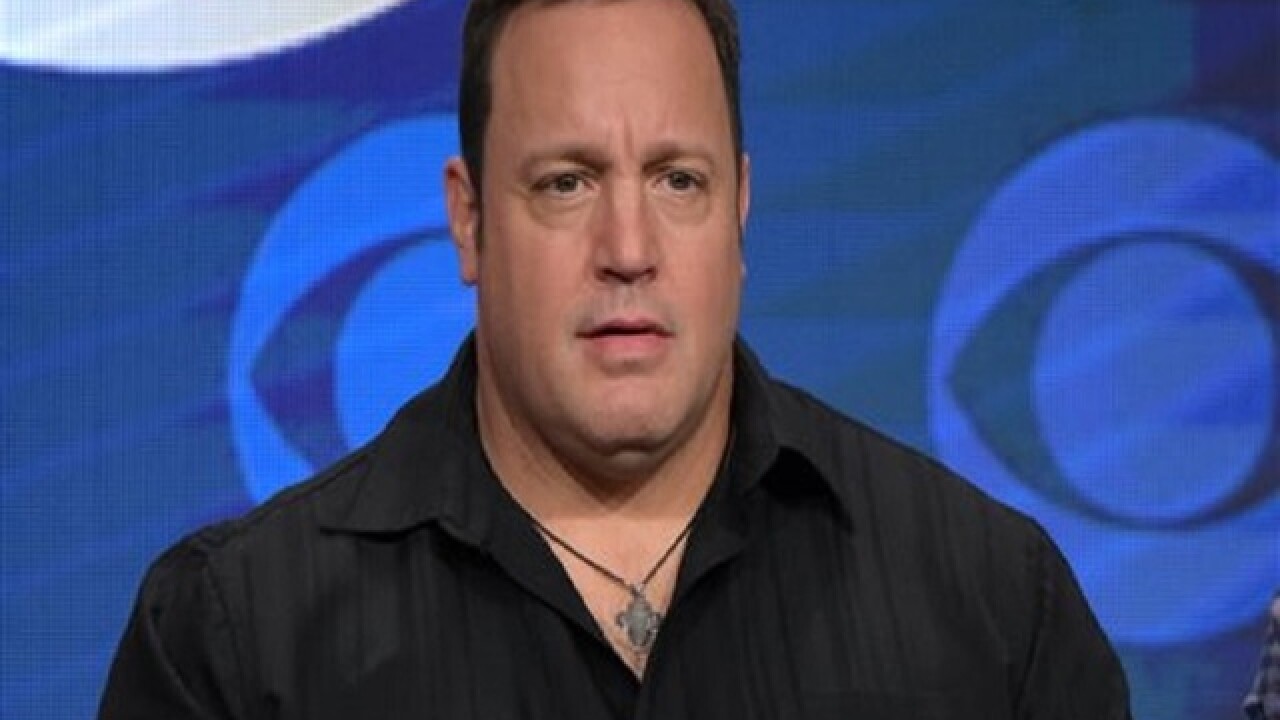 BEVERLY HILLS, Calif. (AP) — Kevin James is happy to be back on TV and equally glad to be filming on Long Island, New York, where he grew up.
James stars in CBS' new sitcom "Kevin Can Wait" as a police officer whose retirement brings unexpected challenges as he gets closer to his three children and fills his time with a variety of jobs. Erinn Hayes ("Childrens Hospital") stars as his wife.
"I wanted to have something special" as a follow-up to "The King of Queens," he said, the sitcom that aired from 1998 to 2007. He's spent the intervening years making movies, including "Mall Cop" and "Grown Ups".
Producing "Kevin Can Wait" at a Long Island soundstage is expensive but makes the show distinctive among the typical Los Angeles-set comedies, James said. It's gotten a warm welcome from the community, he said.
"There's a buzz about it that I've never felt before, and it's really exciting," he told a TV critics meeting Wednesday.
James, a Long Island-native, said the comedy makes an effort to be authentic to its location, which he said "plays like a character in the show."
The production is using mom-and-pop pizza places that are part of his youth for location scenes and recreates some telling elements found in the homes of local police officers, James said. The set design for the family's house includes a "little memorial" honoring victims of the Sept. 11 terrorist attacks.
The set also includes a cross displayed a wall, reflecting that many officers "rely on their faith," he said.
Copyright 2016 The Associated Press. All rights reserved. This material may not be published, broadcast, rewritten or redistributed.