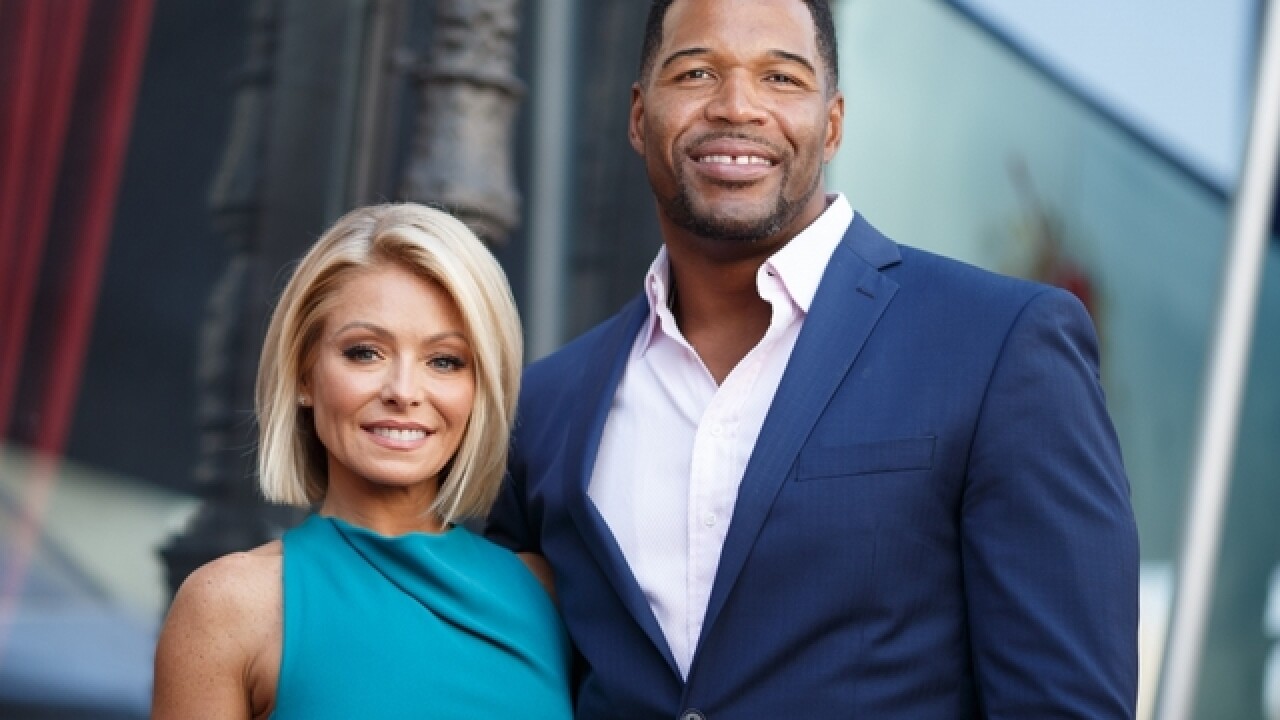 NEW YORK (AP) — Kelly Ripa returned to her daytime talk show Tuesday after time off to "gather (her) thoughts" after learning her co-host Michael Strahan was leaving, saying the incident had started a conversation about workplace respect.

She also said her bosses had apologized to her, and she'd received assurances that the "Live with Kelly and Michael" show was important to the parent Walt Disney Co.

"Guys, calm down, they didn't say anything about Christmas bonuses," she joked after the audience applauded.

Ripa was reportedly upset that she learned only a few minutes before the public last Tuesday that Strahan, her co-host since 2012, was leaving in September for a full-time job with ABC's "Good Morning America." He works part-time on the morning news show now and executives there are looking for a way to turn around fading ratings.

Ripa skipped Wednesday and Thursday's show, and said she had a scheduled vacation Friday and Monday.

"I needed a couple of days to gather my thoughts," she said after returning to a standing ovation from the audience. "After 26 years with this company, I've earned that right."

She said the time helped her gain some perspective and that "apologies have been made." She didn't say who apologized and ABC officials haven't publicly admitted to blowing the transition.

"What happened was extraordinary," she said. "It started a much greater conversation about communication and consideration and, most importantly, respect in the workplace. I don't consider this a workplace. This is my second home."

The former soap opera actress has been co-host of "Live" since 2001, first with Regis Philbin and then with Strahan. Besides the lack of communication that Ripa took issue with, the shifting of Strahan to take advantage of his popularity on "Good Morning America" sent an unmistakable message about which show was more important to ABC's bottom line.

Yet the network surely didn't anticipate the drama would play out in the media or how it would raise questions about when — or if — Ripa would return. ABC did not immediately comment Tuesday on Ripa's statements.

She walked hand-in-hand with Strahan onto the stage of her show Tuesday, and Strahan swiftly let his co-host stand alone to talk about the incident.

"I am fairly certain that there are trained professional snipers with tranquilizer darts in case I drift too far off message," said Ripa, who appeared emotionally taken aback by the audience response.

Strahan, when she was done, said he was happy Ripa was back.

"If there's one thing I know about you, you love the show, you love the staff, you love your fans and I love you," Strahan said. "You're the queen of morning television."