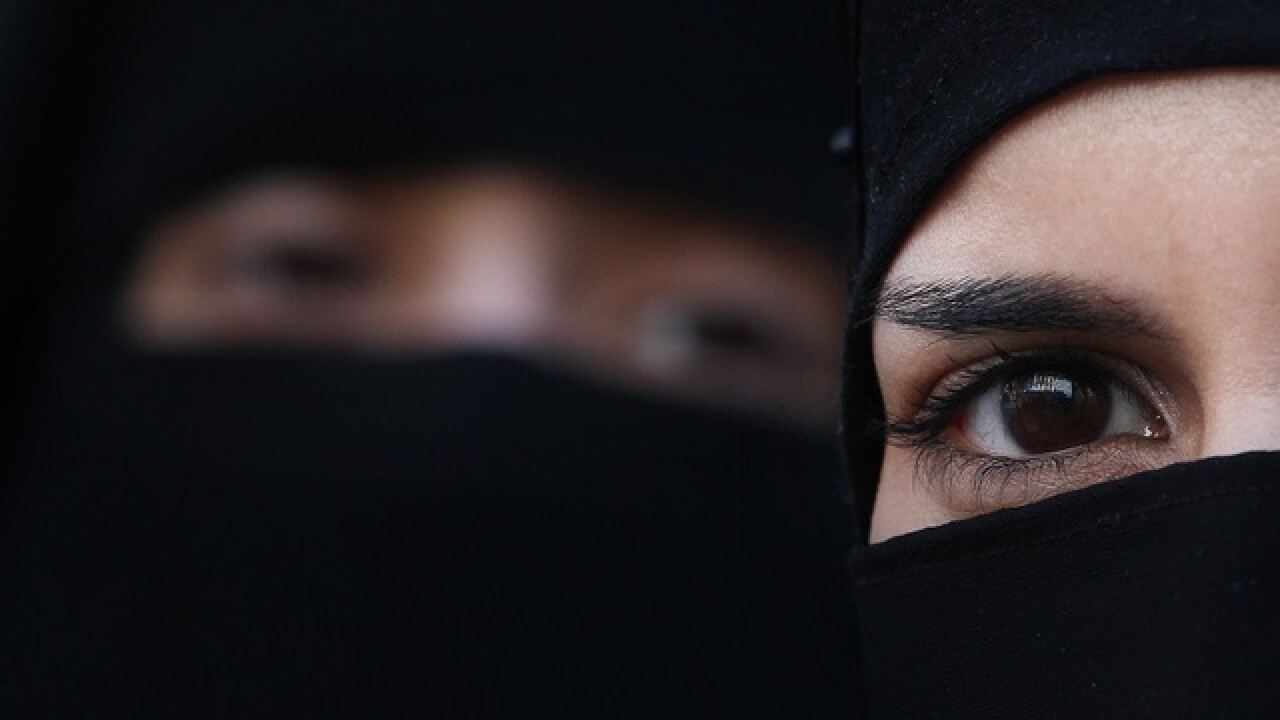 Peter Macdiarmid
<p>LONDON, ENGLAND - APRIL 11: Two women wearing Islamic niqab veils stand outside the French Embassy during a demonstration on April 11, 2011 in London, England. France has become the first country in Europe to ban the wearing of the veil and in Paris two women have been detained by police under the new law. (Photo by Peter Macdiarmid/Getty Images)</p>

By: Associated Press
Posted at 1:20 AM, Jul 22, 2016
BENSALEM, Pa. (AP) — The U.S. Justice Department is suing a suburban Philadelphia town, alleging its denial of a permit for a mosque in 2014 constituted religious discrimination.
The Philadelphia Inquirer reports the suit was filed Thursday and seeks to have Bensalem give the Bensalem Masjid approval to build the mosque, provide training for township employees on religious land-use laws and pay unspecified damages.
The Bensalem Masjid has been involved in litigation with the town since 2014. Roman Storzer, the Masjid's lead attorney in a federal lawsuit filed against the town, says the Justice Department's lawsuit demonstrates the seriousness of the problem in the town.
Bensalem solicitor Joseph Pizzo says the town is disappointed by the filing and has been working with the Justice Department since the Masjid's lawsuit was filed.
Copyright 2016 The Associated Press. All rights reserved. This material may not be published, broadcast, rewritten or redistributed.