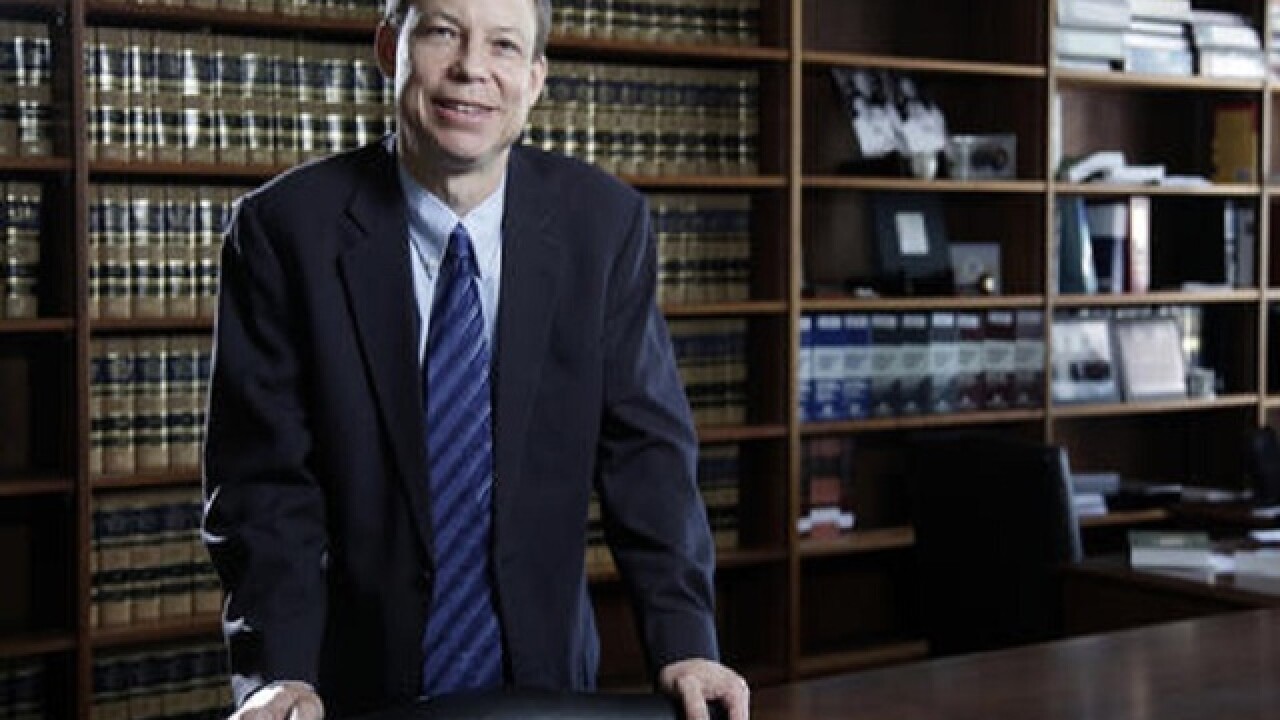 SAN FRANCISCO (AP) — A California court said Thursday that a judge who was harshly criticized and subjected to a recall campaign for the leniency of a six-month jail sentence for a former Stanford University swimmer who sexually assaulted an unconscious woman will no longer hear criminal cases, a move that came at his own request.
Santa Clara County Presiding Judge Rise Pichon said she has granted the request for reassignment of Judge Aaron Persky.
"While I firmly believe in Judge Persky's ability to serve in his current assignment, he has requested to be assigned to the civil division, in which he previously served," Pichon said in a statement. "Judge Persky believes the change will aid the public and the court by reducing the distractions that threaten to interfere with his ability to effectively discharge the duties of his current criminal assignment."
The move is not necessarily permanent. The assignment is subject to an annual review and takes effect Sept. 6.
Pichon said that another judge's desire to transfer to Palo Alto has made a quick swap with Persky possible. Normally such changes don't happen until a new year.
Persky ordered the six-month sentence for Brock Turner, a Dayton, Ohio, resident who had been attending Stanford on a swimming scholarship. The judge cited a probation department recommendation and the effect the conviction will have on Turner's life.
Authorities say Turner sexually assaulted the girl while she was passed out near a trash bin.
The case sparked a national debate on college drinking and sexual assault and led to a recall effort against the judge.
Michelle Dauber, the Stanford law professor behind the recall effort, said that while the move from Persky is welcome, the recall attempt will continue, in part because Persky "can still transfer back to hearing criminal cases any time he chooses."
"The issue of his judicial bias in favor of privileged defendants in sex crimes and domestic violence still needs to be addressed by the voters of Santa Clara County," Dauber said in an email. "In our opinion, Judge Persky is biased and should not be on the bench."
Dauber and other organizers have said they will begin collecting signatures in April to qualify the issue for the November 2017 ballot.
Persky had already departed from two sex-crimes cases since his June sentencing of the 20-year-old Turner exploded in national media.
On Monday he formally recused himself from deciding whether to reduce a San Jose plumber's felony child pornography charges to misdemeanors.
That came two months after the district attorney's office removed Persky from a different sexual assault case, saying "we lack confidence" in the judge's ability to decide it impartially.
In addition to his supervising judge, attorneys who have argued in front of Persky cite his abilities. Santa Clara County deputy public defender Gary Goodman in June called him a "solid and respected judge," while defense attorney Barbara Muller said he's "one of the fairest judges" in the county.
A jury convicted Turner, a former Olympic hopeful, of sexually assaulting the young woman he met at a campus fraternity party in January 2015 after she passed out behind a trash bin.
The sentence along with the long and much-shared statement the victim read in court made the case a national rallying cry for a reconsideration of how rape is handled by the law.
Copyright 2016 The Associated Press. All rights reserved. This material may not be published, broadcast, rewritten or redistributed.