Where does Jordan Spieth go after epic meltdown? 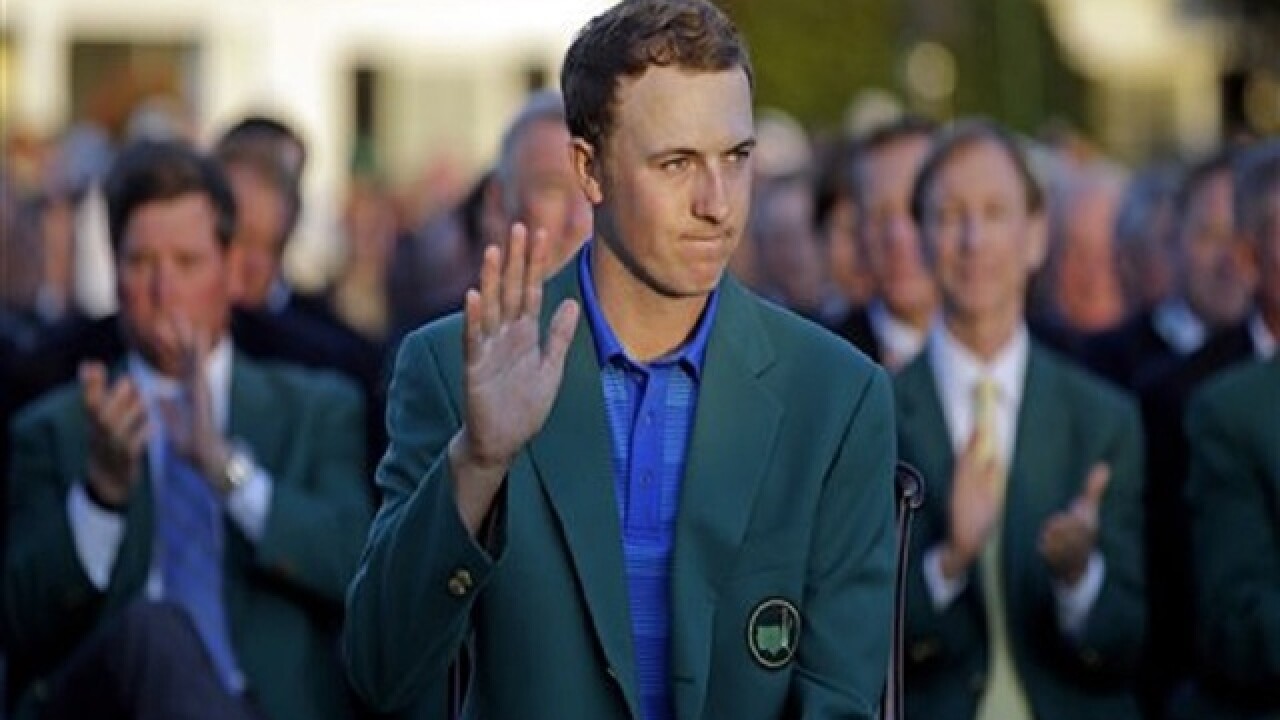 By: Associated Press
Posted at 3:43 AM, Apr 11, 2016
AUGUSTA, Ga. (AP) — Where does Jordan Spieth go from here?
He could have been sailing along on the second act to one of the greatest years in golf history. Instead, the young Texan left Augusta shaking his head, and trying to figure out how to shake off one of the most epic collapses in the history of the game.
It won't be easy.
"Big picture, this one will hurt," Spieth said, still sounding in a bit of shock outside the Augusta National clubhouse Sunday evening after it all slipped away. "It will take a while."
Not only will Spieth have to erase the memory of his splashdown on No. 12 — a quadruple-bogey 7 that included two water balls and turned a one-time five-shot lead into a three-shot deficit to the eventual champion, Danny Willett.
Spieth will also have to clear all the bad thoughts out of his head. Over the weekend, he played 31 holes of good-to-great golf and put himself in position for a second green jacket at the tender age of 22. Those other five holes were 17 and 18 on Saturday, then 10, 11 and 12 on Sunday. He went a cumulative 9 over on those and had bad swing thoughts that he simply couldn't overcome.
"The wheels kind of came off the last ... holes on Saturday," said Spieth, who brought his coach, Cameron McCormick, back into Augusta for a quick tuneup before tee time in the final round.
It helped. For a while.
My confidence going into the first hole was fantastic," said Spieth, who made four straight birdies to hit the turn at 7 under, in the lead by five strokes. "But listen, I had my 'B-minus' game tee to green. Ultimately, you have to have your 'A' game every single part, and I just didn't have those iron swings, as it showed on the back nine."
All of which set up an awkward award presentation in Butler Cabin, which was then replicated on the practice green in front of the clubhouse.
First, Spieth had to present the green jacket to Willett in front of the television cameras.
Then, he had to do it again for the patrons.
Willett earned the honor by shooting a bogey-free round of 67 that left him three ahead of Spieth and Lee Westwood. Willett finished at 5-under 283.
Still looking a bit shocked, Spieth managed to muddle through.
"I can't imagine that was fun for anyone to experience," he said, "other than maybe Danny's team and those who are fans of him."
He fully expected to be taking home his own green jacket for another year, as is the custom for the Masters champion.
"I can't think of anybody else who may have had a tougher ceremony to experience," said Spieth, who now has to leave his jacket at the club.
For Willett, this is a career-changing victory that almost never got started. His first child was due Sunday. But Zachariah James Willett came early, on March 30, which allowed the new dad to rebook his ticket to Augusta and play in his second Masters.
Now, Willett can be mentioned in the same sentence with none other than Nick Faldo — the only other Englishman to wear the green jacket.
Faldo's third and final victory at Augusta came courtesy of Greg Norman's epic collapse back in 1996. Willett's came courtesy of Spieth, though the 28-year-old Englishman, who will move up to ninth in world ranking, did plenty to earn the victory, as well.
He went bogey-free through the last 18 holes, which looks all the more impressive considering the shaky play going on around him.
Westwood, still 0-for-the-majors, chipped in for an eagle on 15 to get within one shot of the lead, only to miss a 4-footer to save par at the 16th — right after Willett had drained a longer birdie putt.
The two-shot swing finished off Westwood, who at least showed he's still got game at age 42 after enduring a winless 2015, when his focus was clearly distracted by a divorce and a move back to his native England to be closer to his kids.
"Obviously, I must be doing something right," Westwood said.
Dustin Johnson, another extremely talented player who has dealt with personal issues, also got within a shot of the lead but couldn't pull out his first major title.
For Johnson, it was a familiar story — plenty of good shots, but some shaky putting and mistakes at the most inopportune times. He double-bogeyed the fifth and was all done after another double-bogey at the 17th. He finished in a tie for fourth with J.B. Holmes and Paul Casey, four shots back.
"I think my game's exactly where it needs to be," Johnson said, not looking at it as another one he let get away. "I feel like I've got control of my game. I'm looking forward to the year for sure."
For Spieth, the next major can't come soon enough.
But he has to wait two painful months for the U.S. Open at Oakmont.
Time to clear his head, and try to move past the one he gave away.
"I'm very confident in the way that we play the game of golf," Spieth said. "I think that when we're on, I believe we're the best in the world."
Associated Press 2016